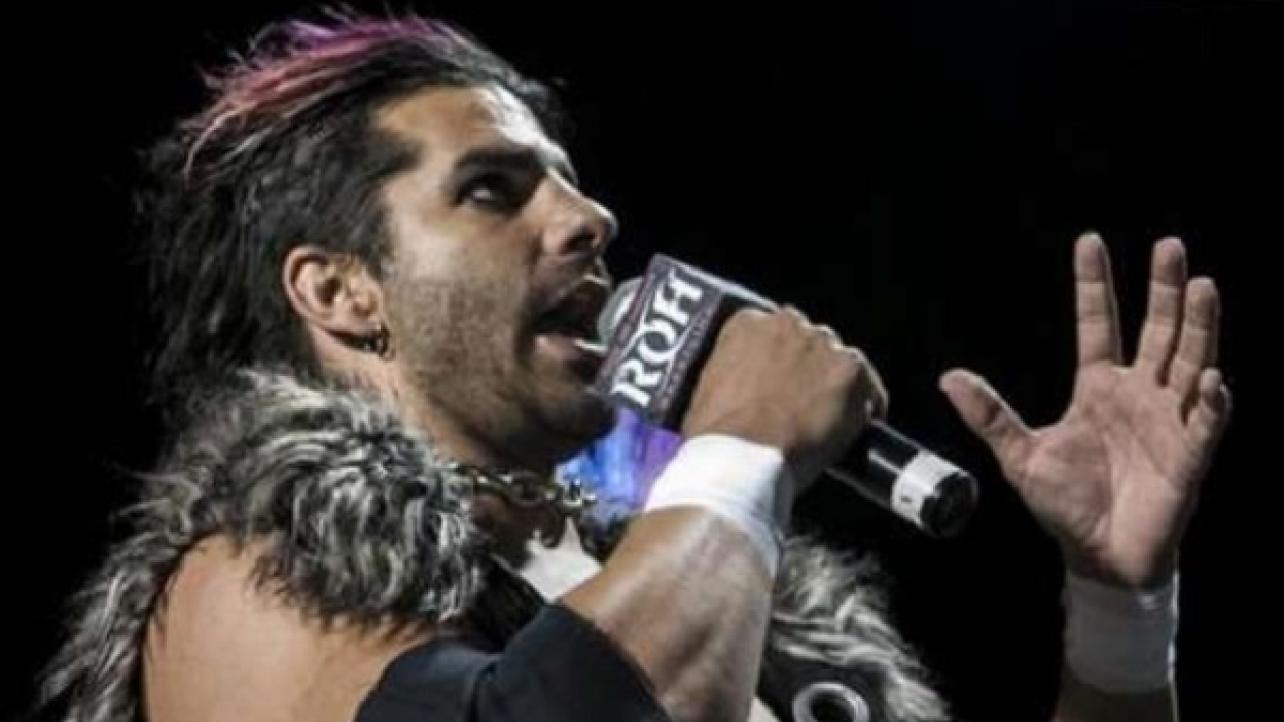 Jimmy Jacobs Explains Why Impact Wrestling Has An Advantage Over WWE

Former WWE writer and ROH star Jimmy Jacobs recently took part in a media conference call to talk about a number of current topics related to his career and the pro wrestling scene. Featured below are some of the highlights.

On wanting to try something different after leaving WWE, appearing on Impact Wrestling and receiving an offer to return to ROH: “I wanted to do something new, I had a conversation with Scott D’Amore and Sonjay Dutt on the phone about different things at Impact and it just seemed like a nice fit. So my first time in Ottawa [at Bound for Glory] was a test run to see how the fit was. We are in a rebuilding phase and they needed somebody who could wear a lot of hats and do a lot of different things and I had experience in all those things. It was a nice week in Ottawa and solidified that Impact was the direction that I wanted to go. I also felt valued and that might seem like a small thing, but it was a big deal. I felt valued and not just by the boys and locker room.”

On being in a handshake agreement with Impact Wrestling and having more freedom now than he did when he was working for WWE: “I felt so restricted for two and a half years [in WWE] and so coming in now with the freedom to grow where I want to and do what I am best suited for. I feel like that wasn’t an opportunity I had at the last company I worked for.”

On how leaving WWE opened his eyes to how financially beneficial it can be to work the independent scene: “When I got fired from the WWE, I was in the WWE bubble. So when I got fired people kept telling me that the independents was booming, but I didn’t know about it. Sami Callihan called me up straight away and introduced me to promoters and stuff and it’s brilliant. There is more awesome wrestling going on now than ever before. So much great talent and it’s great to still wrestle on independents and work at Impact as well and there are some guys I get to work with that I would love to bring to Impact. I’m making more money than I ever have before in my life so I am not mad at it.”

On the reason why he feels Impact Wrestling has an advantage over WWE when it comes to storylines: “One of [the] advantages we have here is that we are taping a lot of weeks of TV in a row. What’s cool about that is that we can tell a story long term and in WWE there is not a lot of that. Whilst it’s similar in some ways, it’s nice that we can tell long-term stories. And we have more freedom to try new things and experiment. It’s a time to try something that may fail. Lot of times in WWE you tread water to get to the next week. I feel like at Impact we can do a little more. But it’s still crazy busy. The last tapings we did in January was like nothing I have done in my life.”

On the grueling schedule of taping television in Impact Wrestling: “It was six days of taping two shows a day then afterwards going back to the hotel and staying up until 6 am and looking at the next day’s tapings. We were working 18-20 hour days, six days in a row and I remember me and Scott taking the brunt of the work. After one night I remember I looked at Scott and said to him ‘I worked with Vince McMahon for over two years but this is the hardest thing in my life’.”

Jimmy Jacobs Explains Why Impact Wrestling Has An Advantage Over WWE