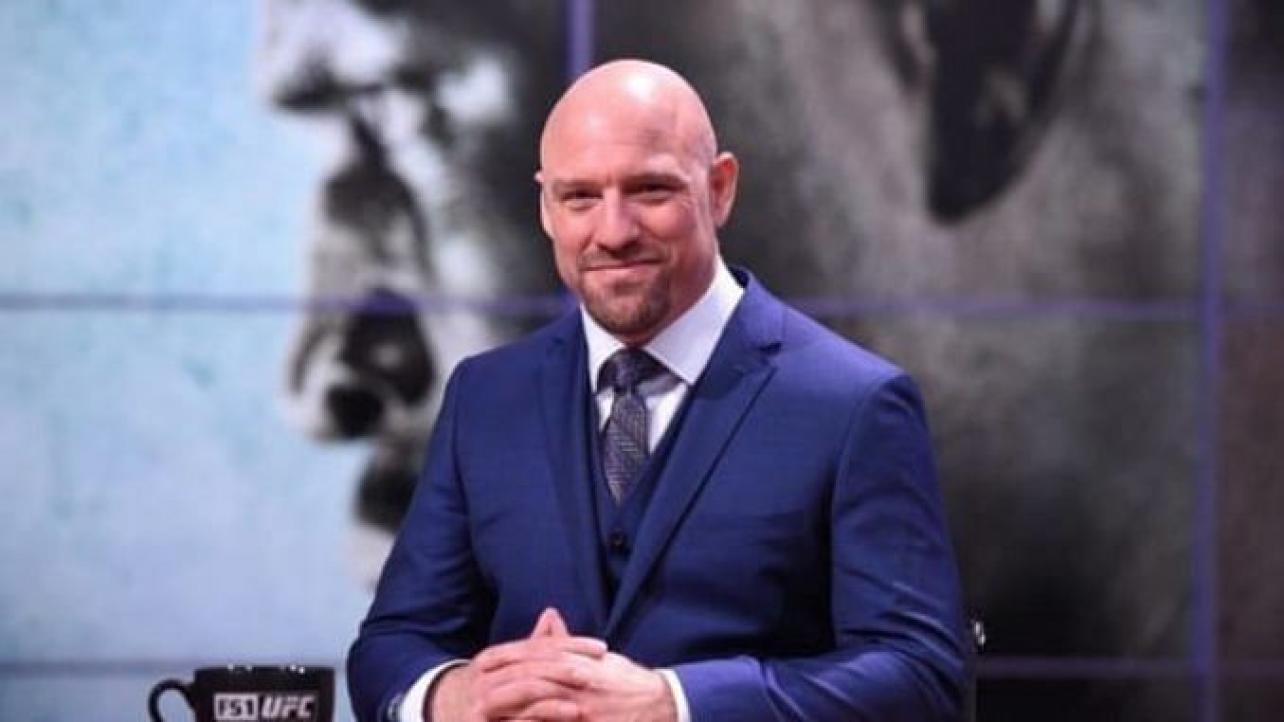 After making his WWE commentary debut on last week’s episode of Monday Night Raw, Jimmy Smith called in to Busted Open Radio. During his conversation with the podcast, Smith discussed his new job, as well as the new level of appreciation he has for wrestling. Check out what Jimmy had to say.

Says his debut changed the way he looks at wrestling:

“Oh my god. When you look at the nuts and bolts of a show that RAW puts on, that SmackDown puts on, the nuts and bolts of that show are amazing. The number of moving parts they have, the way they sew the storylines together, and all that stuff is incredible. I don’t care if you’re a pro wrestling fan or not, that’s amazing. What is so weird to me is, once again, I stopped watching pro wrestling in 1990, and I was 13 years old and I outgrew it while going into high school. Going back and seeing it with adult eyes, it is so different, and you appreciate it as an adult watching these guys perform. Because, remember, when I was a kid it wasn’t a performance, it was a real combat sport in our minds. To watch them perform like that is incredible… And as an adult watching it again, it is a totally different experience. Then there’s that other level of being there live. And when Kofi Kingston was against Drew McIntyre and went over that wall, he literally did catch his leg on that wall and started screaming. And we all went, ‘Oh crap.’ They rushed back there to help him get up in time for the commercial and he got up and was like, ‘I’m good, let’s go.’ Insane. Insane. Watching it live and Sheamus got kicked and he starts leaking blood all over the place. And in MMA that is much more normal. But he had to keep going in character, in storyline, in everything, with what was clearly a smashed nose. That’s like an actor busting their nose and staying in character and finishing the scene. It is so different and amazing getting back into it as an adult, and being there live. It was awesome.”

On preparing for his WWE commentary debut:

“I’ve been doing nothing but homework since January. I’ve literally lived pro wrestling since January. Of course, I live MMA too. So, MMA and pro wrestling, it’s all I do all day. But the last time I was on this show I was supposed to do stuff with NXT and they were going to slowly bring me into the broadcast. Then I found out last week, ‘No, you’re taking over out biggest show.’ So, this week has been insane. This week has been, in terms of prep, that’s all I’ve been all I’m doing all day, every day. You know, Michael Cole was like, ‘Hey, did you have any fun in Tampa?’ And I said, ‘Nope. I’ve been in this room, prepping, for three days, and that’s all I’ve been doing.’ And that’s all I did do.”

On the way WWE talent reacted to him:

“I ran into Big E at SmackDown. So, I’m in the hall and [Big E] is coming out of a dressing room, and I say, ‘Hey man, how are you doing?’ And he goes, ‘Oh man, Jimmy Smith! I’m a big fan man!’ And I’m like, ‘Oh, thanks!’ A lot of them are big MMA fans! A few of them I shook hands with and said, ‘Hi, I’m Jimmy.’ And they go, ‘Yeah I know, I’ve been watching you for ten years.’ And I was like, ‘Oh s***, wow, thank you!’ So, they totally respected me and what I’ve done. And everybody was like, ‘Have a blast, we’re so glad you’re here.’ Drew McIntyre came up to me before the match and gave me a bunch of background stuff, like you would interview a fighter before a fight. He gave me a bunch of lines and said, ‘If you need them, use them.’ And I’m like, ‘Dude, 100%.” So, everybody was supportive, and excited, and they were thrilled I was there. . . They were all great. Of course, Bobby Lashley, I called some of his fights in Bellator. . . and of course I know him already. We had a great time, and it was a lot of fun.”