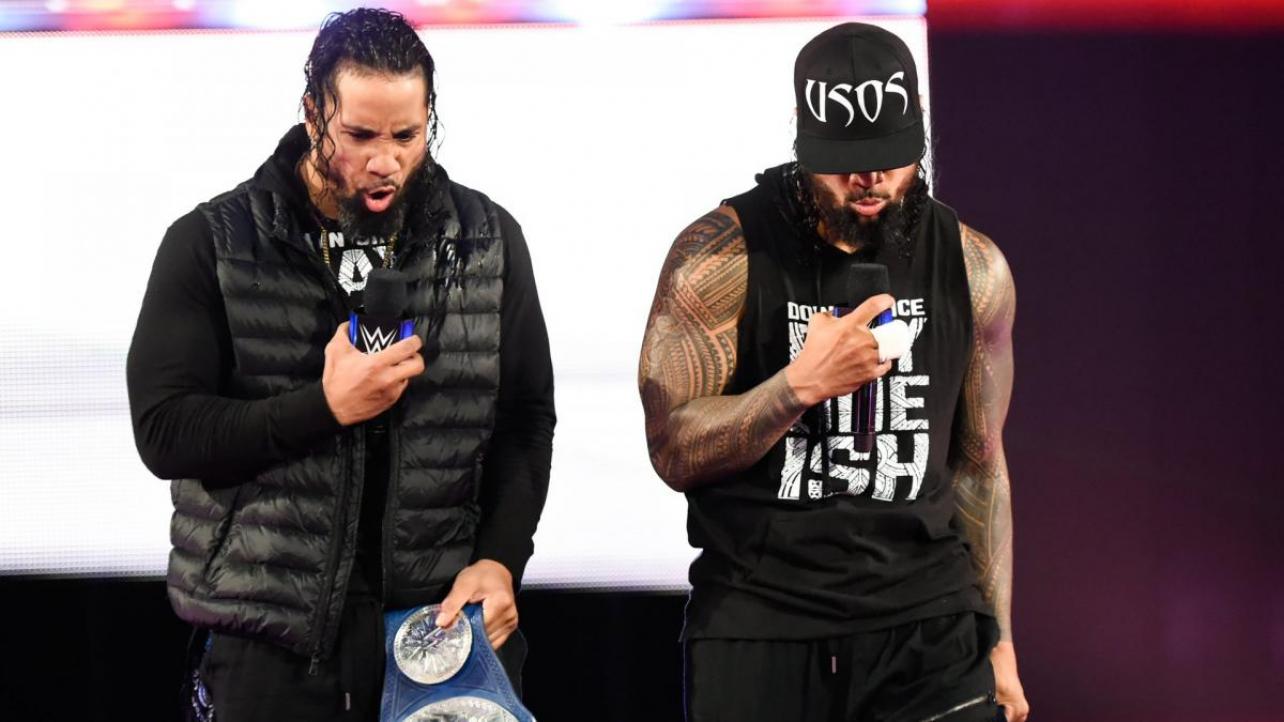 Jimmy Uso recently spoke with the folks from The Independent for an interview. Featured below are some of the highlights.

On the increasing interest in tag-team wrestling: “I feel like tag team wrestling has been in the shadows for a while. When my brother and I debuted in WWE, we knew that if we wanted to make a mark here we’d have to run the tag division, and last year we finally had a chance to really open up and come around to us. It’s on fire and, right now, I still feel like tag team wrestling is growing because there are a lot of teams down in NXT that haven’t come up to the main roster yet, and a lot of teams out there doing their thing in independent wrestling and people who haven’t made their mark here yet or are trying to get here. When you’re trying to be the best tag team in the world, you’re looking and watching everywhere, and there’s a lot of talent that haven’t even been seen or had their chance.”

On turning heel in 2016 after a long run as a babyface: “I think that was the people’s call – the [fans] called that. When we were with Roman Reigns we were getting booed, but then the boos stayed with us. So, we were like ‘Why are we coming out here trying to show our heritage and trying to high-five everybody if they don’t like us?’ For us it was a case of ‘Well, we don’t like you, either! I think that helped us. They gave us the [heel] turn and said, ‘It’s your time, what do you want to do?’ When we said what we wanted to do, we knew we had to deliver and I feel like we did deliver, and the people have got with us, which is cool. Going from something good to something better is hard to do, but while I knew we were climbing, I didn’t know we’d get to where we’re at now. From the good Usos with the face paint, we were climbing that mountain and we’re at the top of the tag team division now – that’s just what it is.”

Check out the complete Jimmy Uso interview at Independent.co.uk.