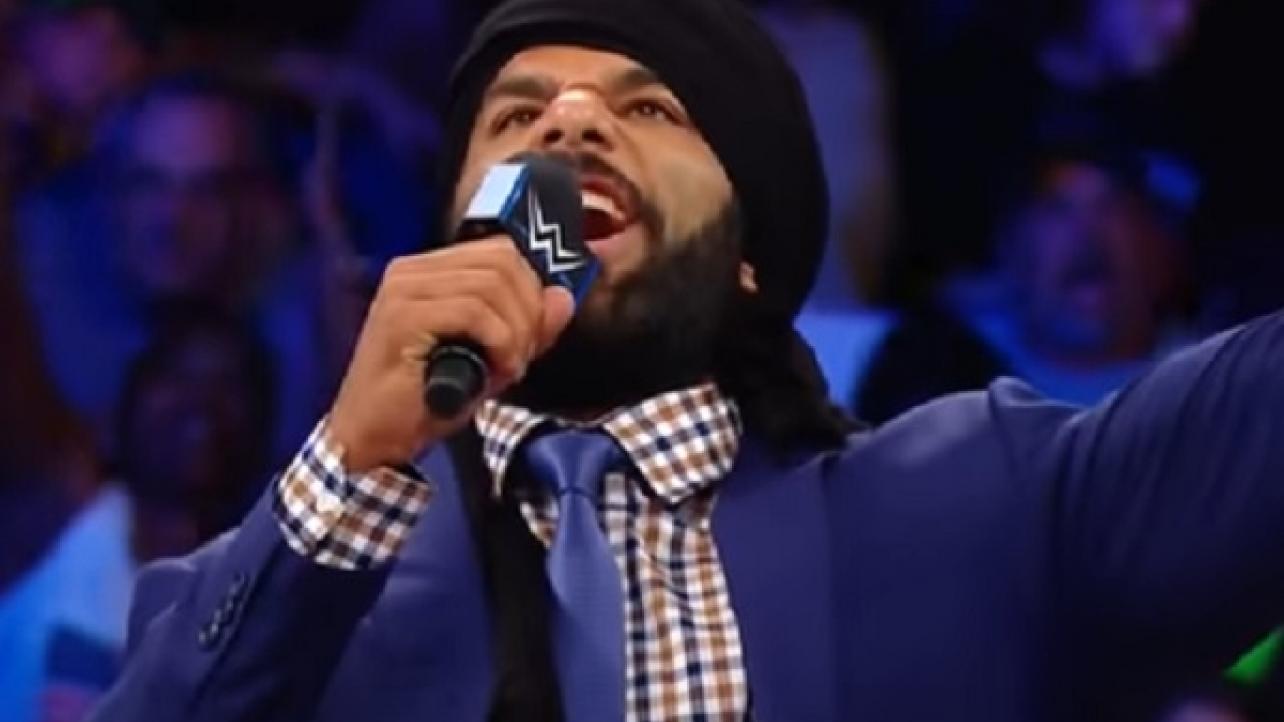 Former WWE Champion and SmackDown Live star Jinder Mahal recently spoke with Akhilesh Gannavarapu of WrestlingInc.com for an interview prior to the WWE Superstar in New Delhi, India this past weekend. Below are some of the highlights from the interview with “The Modern Day Maharaja.”

On wrestling fans focusing on wins and losses more so than the story that is being told: “I can’t say all fans do that, but there is definitely a portion that does get a little bit too involved. You know, my advice to them is to just enjoy it. Right? Just sit back and enjoy the show, but everybody has an opinion, and now with social media, everybody has a voice for that opinion, which is okay. There’s nothing wrong with that. That is your opinion, and you can stick to it.

“But story telling is what has worked for the last 100 years, that this profession has been around — for more than hundred years. It’s the storytelling that sells the tickets, and not so much the moves, or gymnastics would be selling out stadiums like WrestleMania sells them. It’s the storylines, the fundamentals – the good versus evil that has always worked, and always will work.”

On Drew McIntyre having a chip on his shoulder: “We didn’t (talk about needing to work harder). Actually, when Drew got released, he took it very personally. He had a huge chip on his shoulder. Drew wanted to prove to them (WWE) that they made a mistake. And when he came to WWE NXT, he came back a completely new Drew. He wasn’t the same Drew that got released in 3 MB. Just like me, I’m not the same person, and same with Slater.

“Slater did the thing with Rhyno and became the tag team champion. But I think even Slater has more to offer than that. And we’ll definitely see that, because Slater is also focused, is also motivated, and with the right opportunity, he’s going to shine also.”

Check out more from the Jinder Mahal interview at WrestlingInc.com.