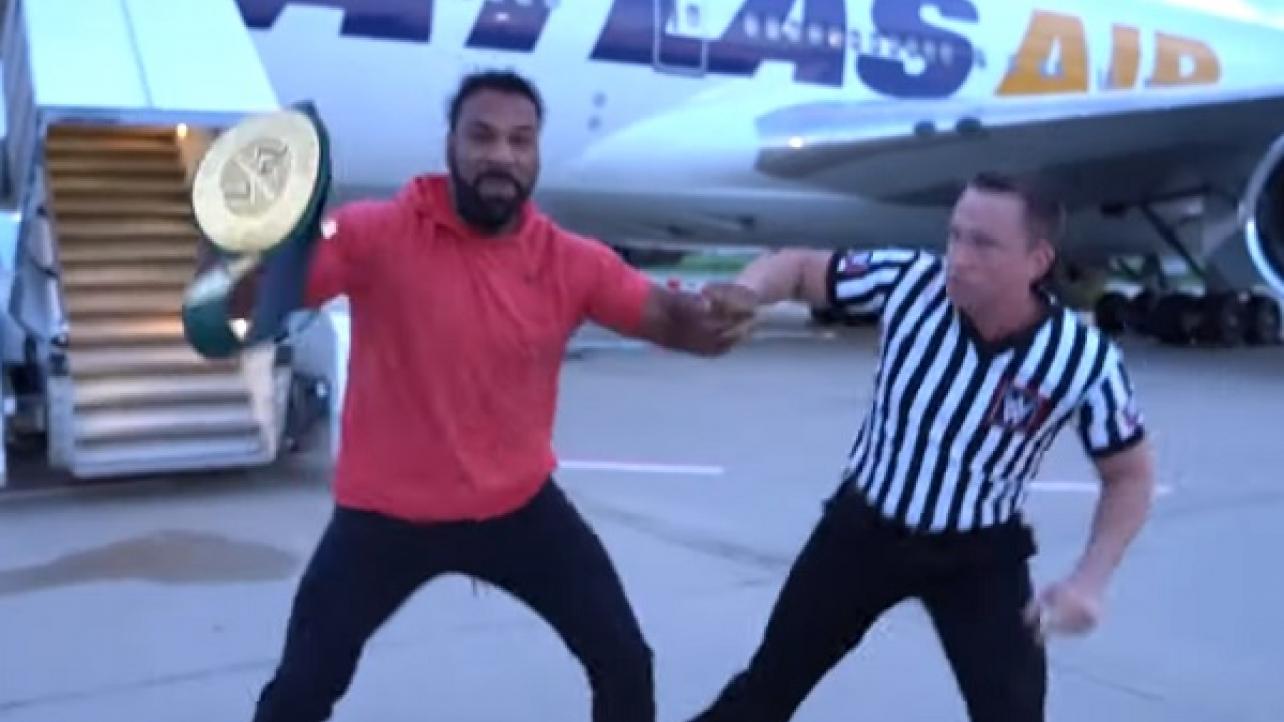 Jinder Mahal defeated R-Truth to become the newest WWE 24/7 Champion by rolling him up from behind while he was on a cell phone standing outside at an airport tarmac.

Mahal scored the 1-2-3 and had a referee present. He grabbed the title, got his hand raised, boarded the plane and left as the new WWE 24/7 Champion.