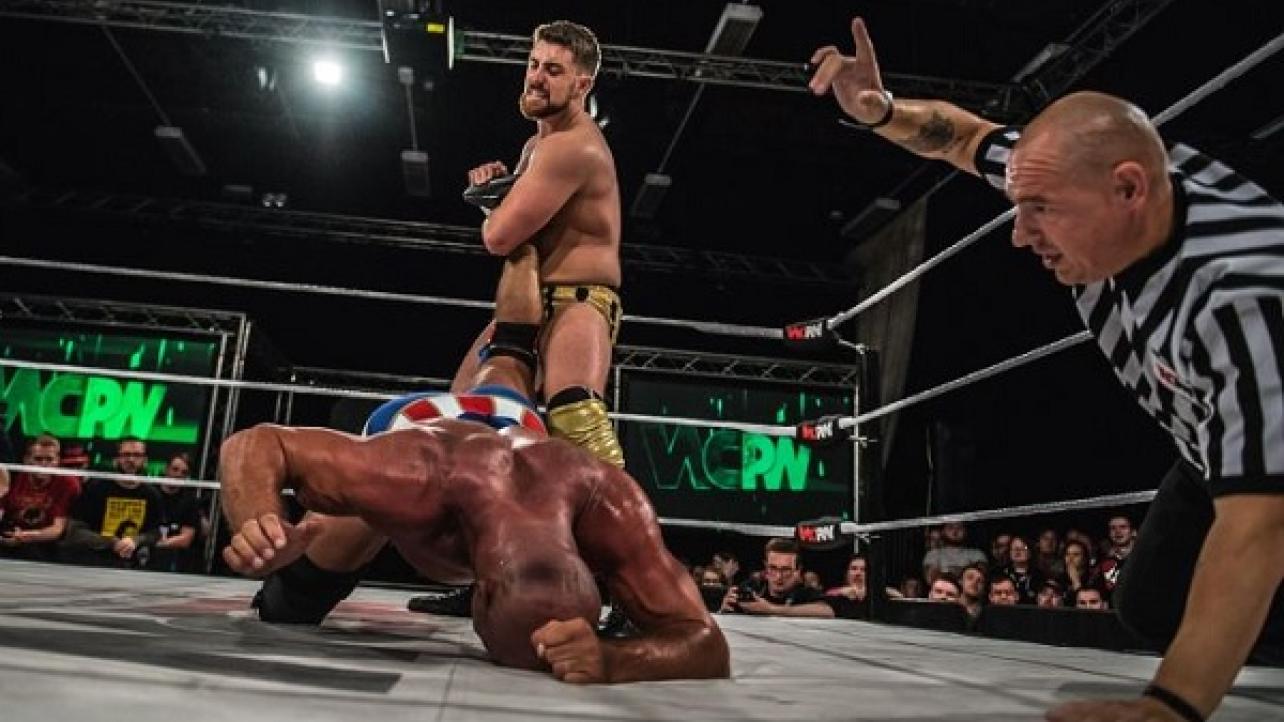 Impact Wrestling star Joe Hendry recently appeared as a guest on Behind The Lights podcast with Anthony “Santino Marella” Carelli and Alicia Atout for an in-depth interview.

During the discussion, Hendry looked back at his 2016 match against WWE Hall Of Famer Kurt Angle and revealed that he actually ended up booking the bout himself.

“When I wrestled Kurt Angle, I had a really active part in setting that up”, Hendry said. “It’s probably the ballsiest thing I’ve ever done in wrestling, it was basically the path I took to get that match. The crazy thing with what happened with Kurt was, somebody asked me, ‘What’s your dream match?’ And I thought, ‘Why not?’ I just tagged Kurt, didn’t think anything of it and I get a DM. It was like, ‘Gee, this is really happening!’ And it was early on.”

Hendry continued, “It’s one of those things that you put out to the universe and sometimes these things just happen. And he says to me, ‘I’ve heard of you, I know you’re working hard (but) you’re not ready.’ He’s like, ‘Keep working hard. Maybe one day you’ll get the match.’ So basically I’m working hard, and I now join this company, they’re called What Culture. They now run as Defiant, but basically they tried to book Kurt, and they couldn’t get him. And I was like, ‘You know what? Let me just send a little message’. And I was like, ‘Okay, I’ve been working hard, I’ve got a financier. Are you interested?’ And he’s like, ‘Right, here’s what we need’.

Hendry would go on to elaborate, providing more details on the back-story behind his 2016 showdown with the Olympic gold medalist.

“So I went back to them and I said, ‘Alright, you wanted to get Kurt Angle didn’t you?’ And they were like, ‘Yeah’. And I was like, ‘What did he say?’ And they said, ‘No, couldn’t get him’. And I was like, ‘I can get him. But if we bring him in, I have to wrestle him. If you give me your word on that, we’ll see what happens’. And that’s how it happened, and that match changed my career.

“Kurt when he came in, all he was concerned about… he was so selfless. He was like, ‘What do we need to do to elevate you to the next level? How are we going to do this to make sure that you have momentum going forward? That we can boost your career’. And when I got in the ring with Kurt, I realized… you know when CM Punk talked about that thing, (where) he thought he was good until he wrestled Eddie Guerrero? When I wrestled Kurt, I was like, ‘Oh okay. This is what intensity is. This is where I need to be’. And I knew immediately what I needed to work on, and that really changed my life.”