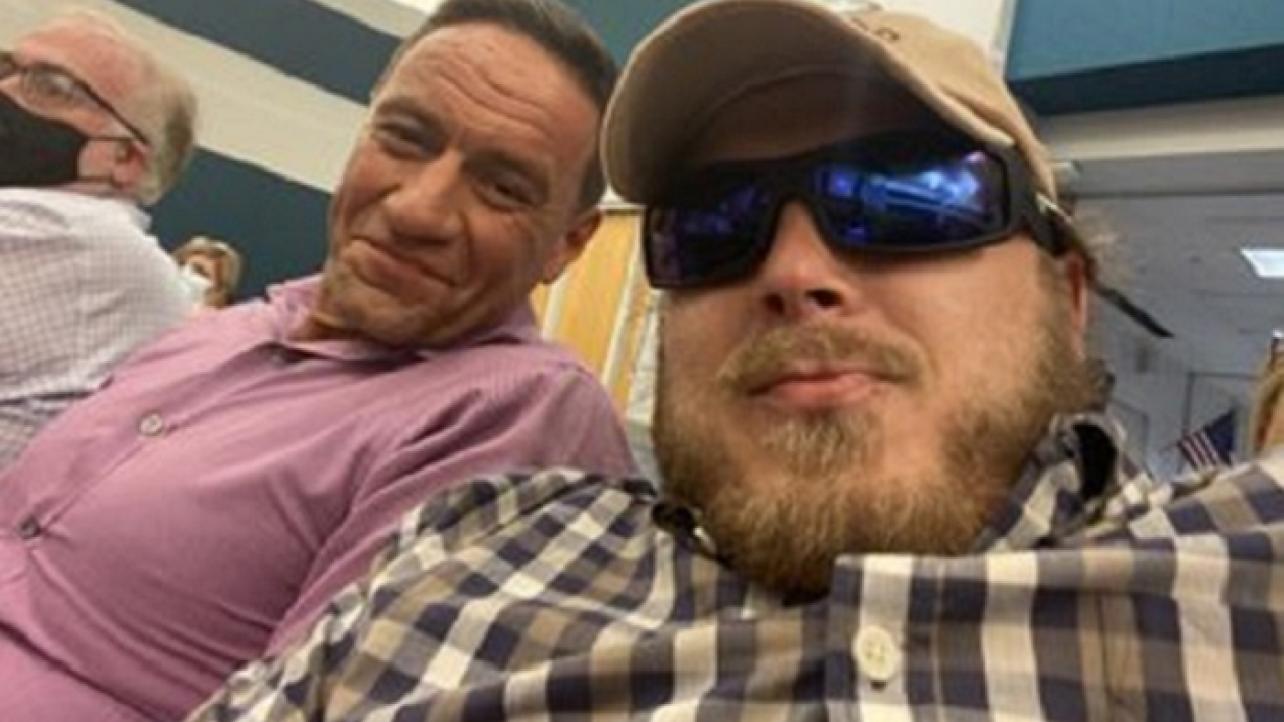 Joey Janela Causes Scene At School Board Meeting, Kicked Out After Trolling With Anti-Mask Rant (Videos)

Joey Janela is living up to his “Bad Boy” nickname these days.

The AEW star was kicked out of a Seminole County school board meeting on Tuesday for disrupting one of the speakers.

Janela was wearing a right-wing conspirator and trolled the board with rants against face-masks and COVID-19 in general. While at the meeting, the AEW star also snapped a photo with former WWE NXT referee Drake Wuertz, who was also in attendance.

After being kicked out of the meeting, the “Bad Boy” of All Elite Wrestling took to social media to share the following videos, photos and comments.

I was kicked out within 5 min for yelling at a doctor or something…. he was a liar!

I wanted to speak but I had to pre fill out some form, but here’s me practicing on the way…. pic.twitter.com/dLU7oYiB7W

Joey Janela Causes Scene At School Board Meeting, Kicked Out After Trolling With Anti-Mask Rant (Videos)