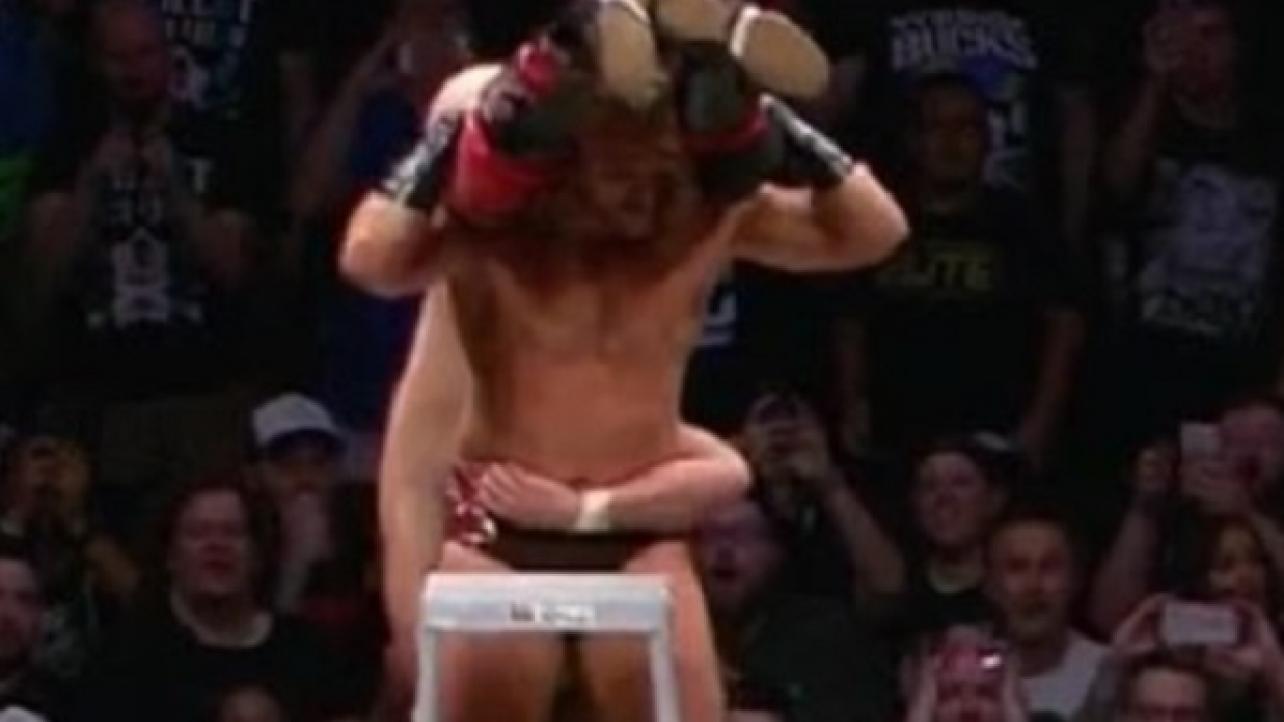 Joey Janela suffered what looked like a serious knee injury during a match against Psicosis for Game Changer Wrestling in Asbury Park, New Jersey. Janela was on the top rope and went for a dive on Psicosis on the outside but landed awkwardly and severely twisted his knee. A video – somewhat graphic – is below that shows exactly when the injury happened.

The match ended soon after that, but only after Janela’s manager interfered and Janela somehow still managed to superkick Psicosis for a quick pin. After the match, he got the mic and acknowledged the injury while apologizing to the audience. He also got emotional saying that his career was headed on the right track but that this injury would be a setback.

On Sunday, Janela released a statement suggesting that his knee is sore and he is able to bend it slightly but that he is hopefully going to undergo an MRI on Tuesday which will determine the extent of the injury and thus, his recover time. He was scheduled for multiple dates with other promotions this week but they have all obviously been cancelled.