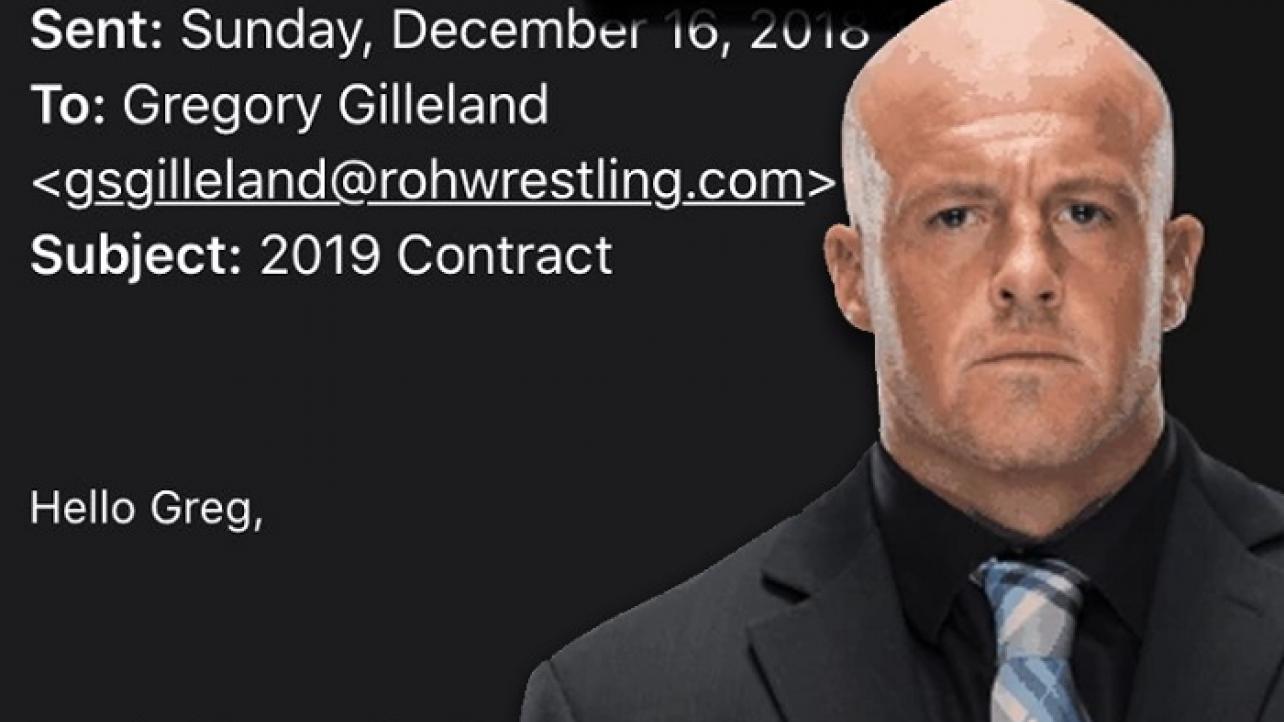 Former WWE and ROH producer Joey Mercury spoke with Fightful.com about the recent accusations he’s made against ROH General Manager Greg Gilleland on Twitter, where Mercury has been tearing into the company for severe mismanagement issues, talent treatment and the lack of a concussion protocol.

Featured below are some of the highlights from the Joey Mercury interview with Fightful:

On leaving the company after their tour in the United Kingdom: “Friday night. Oct 25th. York Hall. I told the boy, ‘You are a stupid motherf*cker, f*ck you, & f*ck this sh*t, I’m done.’ Stayed in parking lot for show and completed my (but unassigned to anyone) duty of head counting and being last one on the bus. Back to hotel. C*nt told me to take the tour off and didn’t change my travel.”

On not being a good match with the company: “Go through the tweets Stooges try to frame it as ‘me off the wagon and removed’ then ‘mutual.’ If anything I typed was inaccurate — would it be contested by now? Would there be a talent meeting (Saturday) for peace of mind and morale? Everything is seemingly fine, and it looks like I was the problem. Why would there be a pull to get rid of me? We need a push to be kept? I wish the amazing talent better. More exposure ahead.”

On setting Flip Gordon’s elbow after it popped out of place due to the lack of a medical team and how the talent gets treated like circus animals: “I typed that I set Flip’s elbow. I have not, nor will I falsely type. No medical. No concussion protocol. No security. Unethical ‘circus animal treatment’ of talent. No empowerment of women. No women on creative. No talent relations. No fair market value pay. Advantageous predatory behavior from upper management. I provide evidence. I quit and then put in for my release. I am not under contract. If I am- they’ve breached.”

On Mercury claiming that he offered talent services as an agent if they wanted to leave ROH: “Did I tell talent that they are allowed to know what other places would pay for their services, and ask for more money as an independent contractor? Did I ask if they hate talking to the office? Do they like talking to me better? If they think I could get more money for them? F*CK YES.”

Check out the complete Joey Mercury interview at Fightful.com.