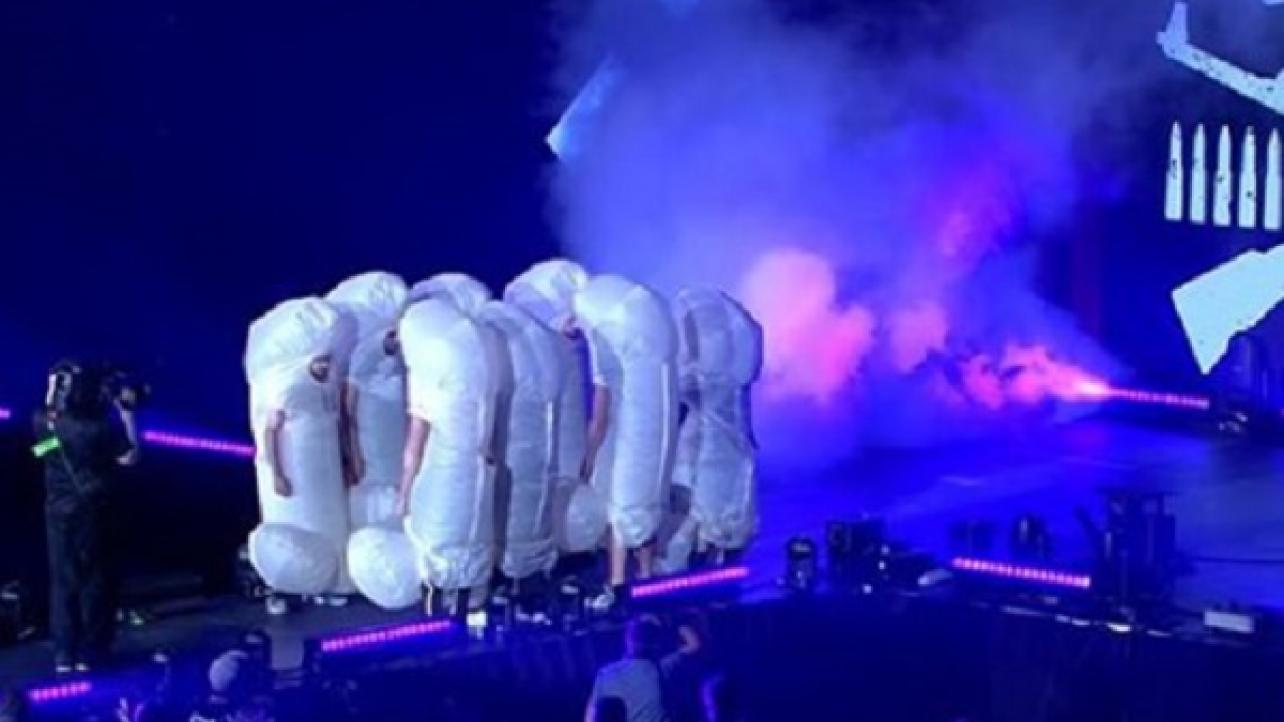 Joey Ryan On Unique Entrance/Chants At ALL IN, Backstage Atmosphere That Night

Wrestling veteran Joey Ryan recently appeared as a guest on WWE Hall Of Famer “Stone Cold” Steve Austin’s weekly Steve Austin Show podcast for an in-depth interview, where he spoke at length about the first-ever ALL IN event and more. Featured below are some of the highlights.

On the origins of his unique entrance at ALL IN for his match face-to-face showdown with Hangman Page and why he feels it was so well received: “I have kind of this Undertaker resurrection, but without druids, with giant penises at ALL IN. I come back and I’m back to life now. And because we’d done it with almost a year’s worth of storylines around it, I think that’s why it got such a great reaction. I think part of the success was that we had a long storyline that paid off.”

“I felt like a rockstar and it was unreal, and it’s funny. I tell the story because I’ve done a few dark matches and a few job matches for WWE. And I did one in San Diego [California] once and I think maybe it was the first time Rey Mysterio was out with his knee injury and he was just doing post-show dark matches, just kind of getting back into it, getting the feel for it again. But he was a surprise – nobody knew. So I came out. I think I was wrestling Mark Henry that day, but I came out during the commercial break and during the commercial break, I’m walking out with the referee and the ring announcer says, ‘stay tuned because after the show, blah, blah, blah versus blah, blah, blah.’ And as I’m walking out, ‘and Rey Mysterio!’ And San Diego is his hometown and the audience doesn’t know he’s going to be there. I walk out and it’s just earth-shattering. It’s like the glass breaking for [Austin]. So it’s like, ‘oh my God! I couldn’t hear myself. And I was like, ‘oh, now I know how Rey Mysterio feels when he comes out,’ so I used to say that’s the closest rockstar moment I would probably get from an audience that big. But, obviously, coming out then and that crowd reacting that way, I got the same feeling. But it was more genuine. It was me. It was for me, so I got goosebumps and stuff like that. And I’m sure [Austin] know[s], sometimes you don’t feel it, or it doesn’t really sink in, or it’s almost like fast forward. Your mind’s racing. You’re like, ‘oh my God. Like, I got to get to this spot, to this spot, to this spot, to this spot.'”

“I go to leave and the crowd starts chanting, ‘rest in penis,’ and it starts slow. ‘Rest in penis!’ Right? By 30 seconds later 10,000 people are chanting, ‘rest in penis’ and I just stop in the ring and I just have goosebumps. And I’m like teary eyed, ‘oh my God! Like, this stupid schtick that I’m doing, it was like the most surreal moment I’ve had in my career.’ And, honestly, I still thank the [Young] Bucks and Cody for, like, planning that and giving me that opportunity to this day because it was probably my favorite thing I’ve ever done.”

On the atmosphere backstage during the ALL IN event: “There was a bit of nerves because, like, it’s obviously the first time they’re doing this and it’s a big production, and there are guys working that have WWE experience, so they kind of know how to build a show, how to present a show. But still, you’re worried about feeds; you’re worried about times; you’re worried about getting everything going well. So I think we were all really nervous because, like, a lot of us surrounded the monitors when Frankie Kazarian and Scorpio Sky and The Briscoes went out for the opening match because we were like, ‘okay, is this where it falls apart?’ And then, those guys start wrestling and then we’re like, ‘is it going to be super indie? Are they going to be blowing spots?’ Because, obviously, WWE shows, they’re super agented. There are walkthroughs, there are go-throughs, you have people assigned to help with your match, so everything is polished before it even goes out on stage. It’s polished. At ALL IN, it was, ‘go do your thing. Go do your thing.’ So we were all kind of worried, but when The Briscoes and Frankie and Sky started clicking, and really, really tearing it up, it settled all of us, like, ‘okay, we can do this. We can do this. It’s going well. We’re all professionals. We can all be successful doing this’ because I think them hitting a home run to lead it off just for the morale and the spirit of the locker room was key to it being a successful show.”

Check out the complete episode of the Steve Austin Show featuring the interview with Joey Ryan at PodcastOne.com.

Joey Ryan On Unique Entrance/Chants At ALL IN, Backstage Atmosphere That Night