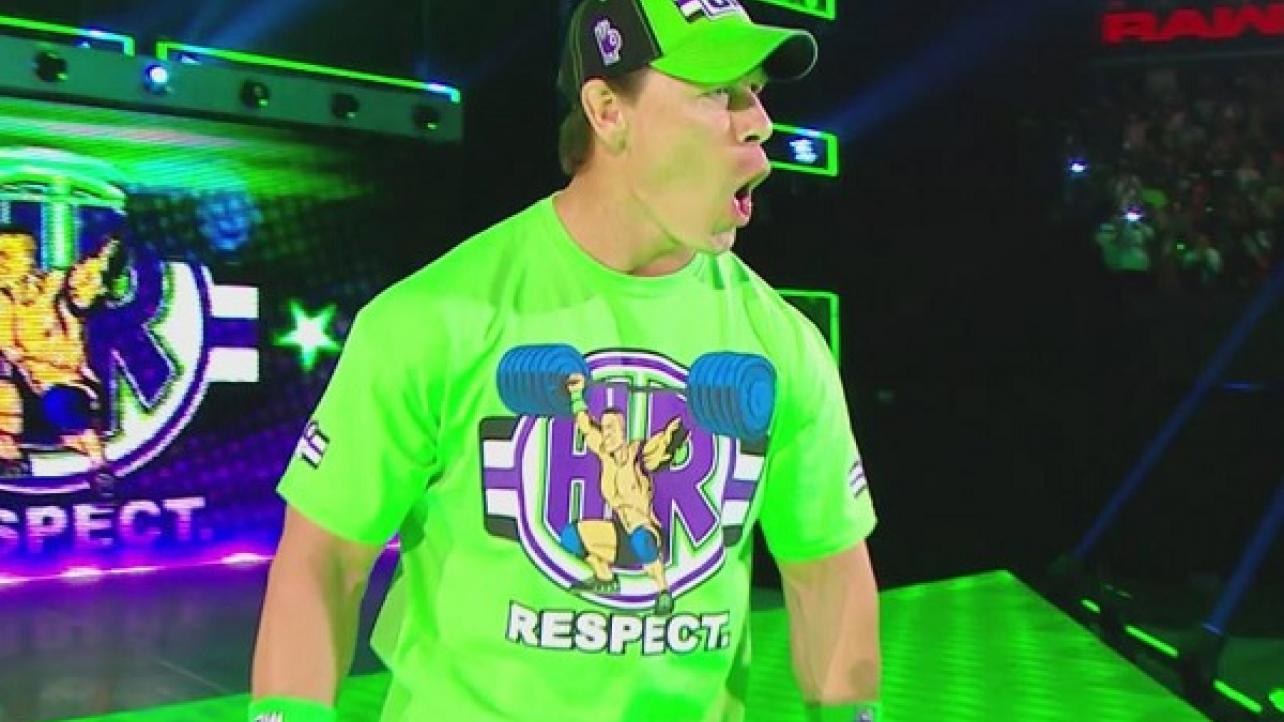 As advertised, John Cena kicked off the first episode of WWE RAW of 2019, as he was the opening segment on tonight’s show at the Amway Center in Orlando, Florida.

During his segment, it was announced that Cena is now an official addition to the list of confirmed participants for the 30-man Royal Rumble match at this month’s big WWE pay-per-view event.

Featured below is an updated look at the confirmed participants for both Royal Rumble matches at the PPV later this month:

WWE Royal Rumble 2019 goes down from Chase Field in Phoenix, Arizona on Sunday, January 27th, airing live via pay-per-view and on the WWE Network. Make sure to join us here at eWrestling.com on 1/27 for live play-by-play results coverage of the show!