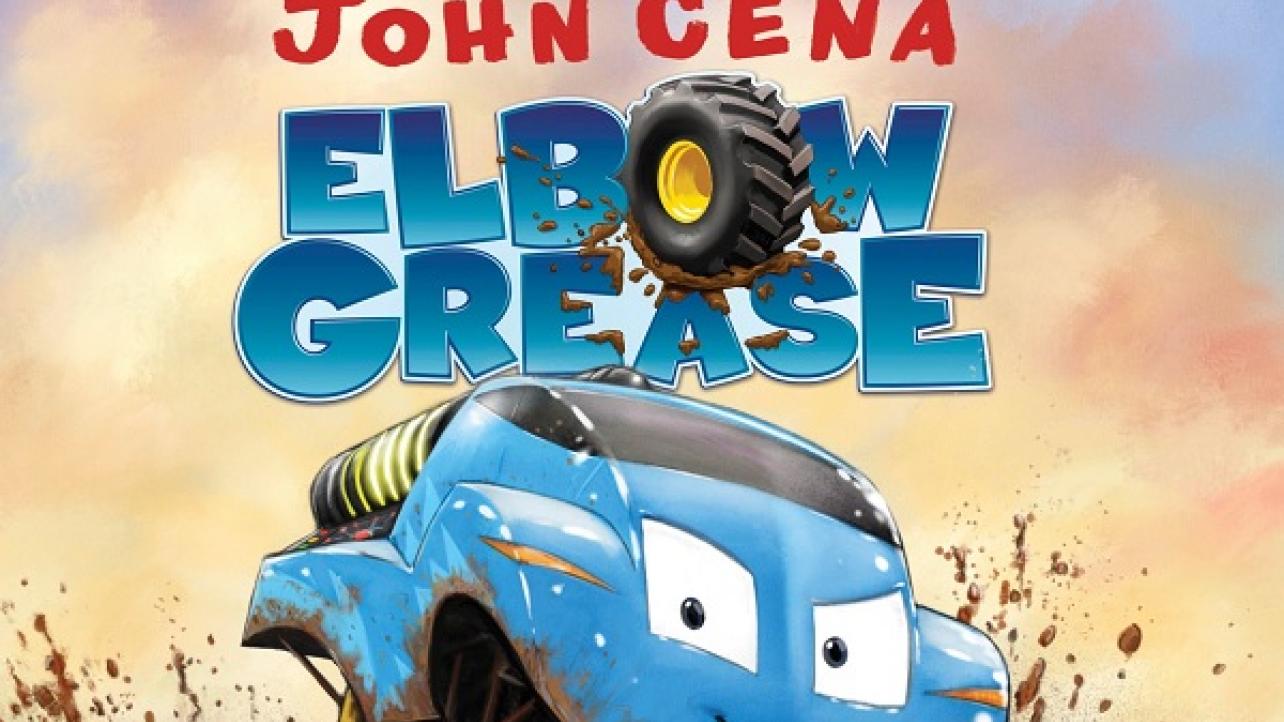 John Cena has announced that he has written a new book for children, featuring illustrations from Howard McWilliam.

The book will be available at $17.99 per copy for the hardcover version, which drops in stores on October 9th. The book, which was designed for kids ages 3 to 7 years old, features 40 pages and will also be released via eBook.

You can pre-order the book, called, Elbow Grease, from Penguin Random House publishing at Amazon.com.

Featured below is the official synopsis for the book, as well as comments from Cena about the project.

From superstar entertainer John Cena comes a new picture-book series all about perseverance and believing in yourself, featuring a little monster truck named Elbow Grease!

Meet Elbow Grease, a little monster truck with a big problem! He’s smaller than his four brothers, but wants to prove that he has the guts and the grit to do big things. He decides that entering the Demolition Derby is the perfect way to show everyone that what he lacks in horsepower he makes up for in gumption. From multi-talented mega celebrity John Cena comes this exciting story about the importance of believing in yourself and never giving up. Full of high-octane illustrations and a new character kids will cheer for, this fun and fast-paced book proves that a little Elbow Grease . . . can go a long way!

Big dreams can be scary, but that’s okay. Never be afraid to put in the work…sometimes all it takes is a little #ElbowGrease. So happy to bring this story with wonderful illustrations from Howard McWilliam. Excited for you all to enjoy. Pre-order now:https://t.co/WnRQWyGcpL pic.twitter.com/gdzAEkUFAY