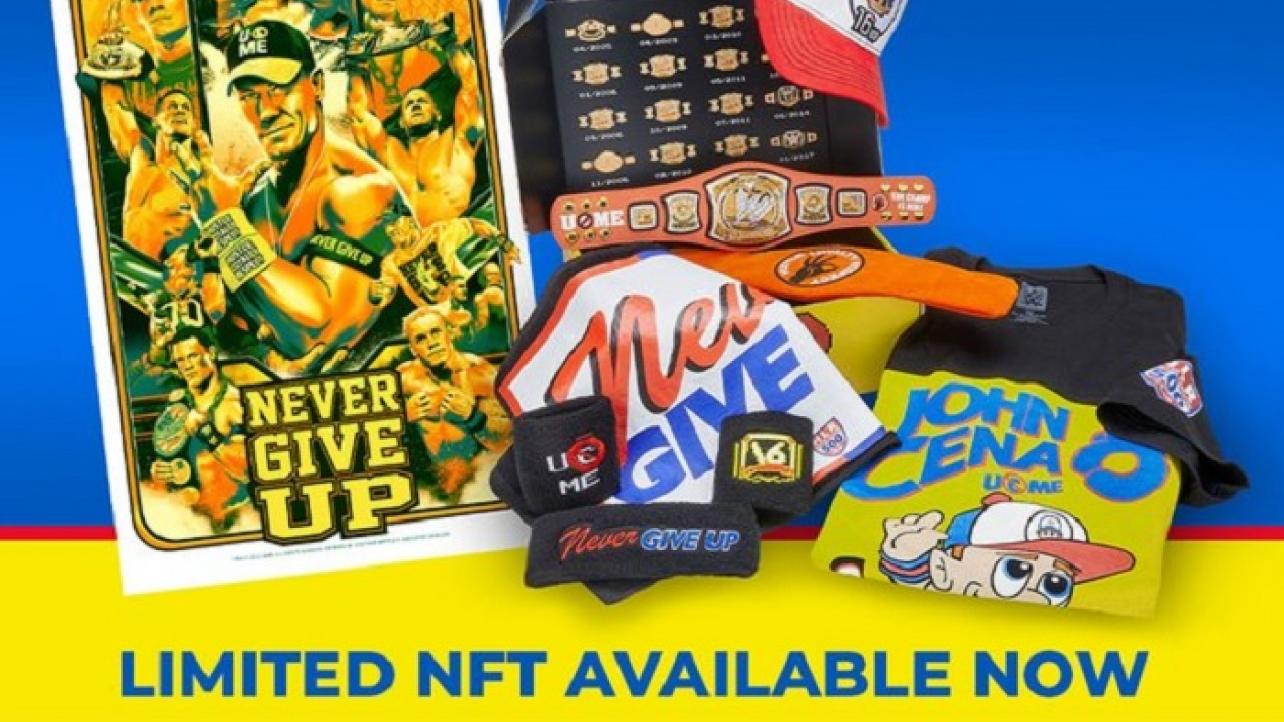 Not everything works out.

If you ask John Cena, his limited edition NFT kit priced at $1,000 that was released around his WWE SummerSlam 2021 return was a “catostrophic failure.”

At a Florida Comic-Con Q&A, the WWE legend spoke about this topic, explaining why he considered it such a failure.

Featured below is an excerpt where he shares his thoughts.

“WWE wanted to put together a once-in-a-lifetime fan experience. This kit is not just this kit, it’s the belt, the clothing, an autograph picture, an autographed canvas picture, and an NFT. When it came up with the face value for what it cost, it came up around $500-$600 retail value and then threw in the value of the NFT. I talk a lot about failure. This idea failed. Why is it $1000? Because myself and the folks at WWE thought $1000 was a fair price point. We were wrong. We were absolutely wrong. (This shirt) is number zero of 500. I thought, ‘with a value like that, the 500 will be gone.’ We sold 37 of them. It was a catastrophic failure. I design all my stuff. I was super proud of this. I love the design. It’s one of those instances where I put my heart and soul and did the design and was really close with the work and pieces and market research. ‘Yes, it seems fair, I think it will be good.’ It sucked. It absolutely failed. I took a chance and missed. I’m sorry because it’s obvious that people like the design, but it’s way too much.”

Check out more at YouTube.com. H/T to Fightful for transcribing the above quotes.

The next @JohnCena NFT drop is live RIGHT NOW on https://t.co/6vCaEYoL9I! @bitski pic.twitter.com/XGCQ0aWnCo