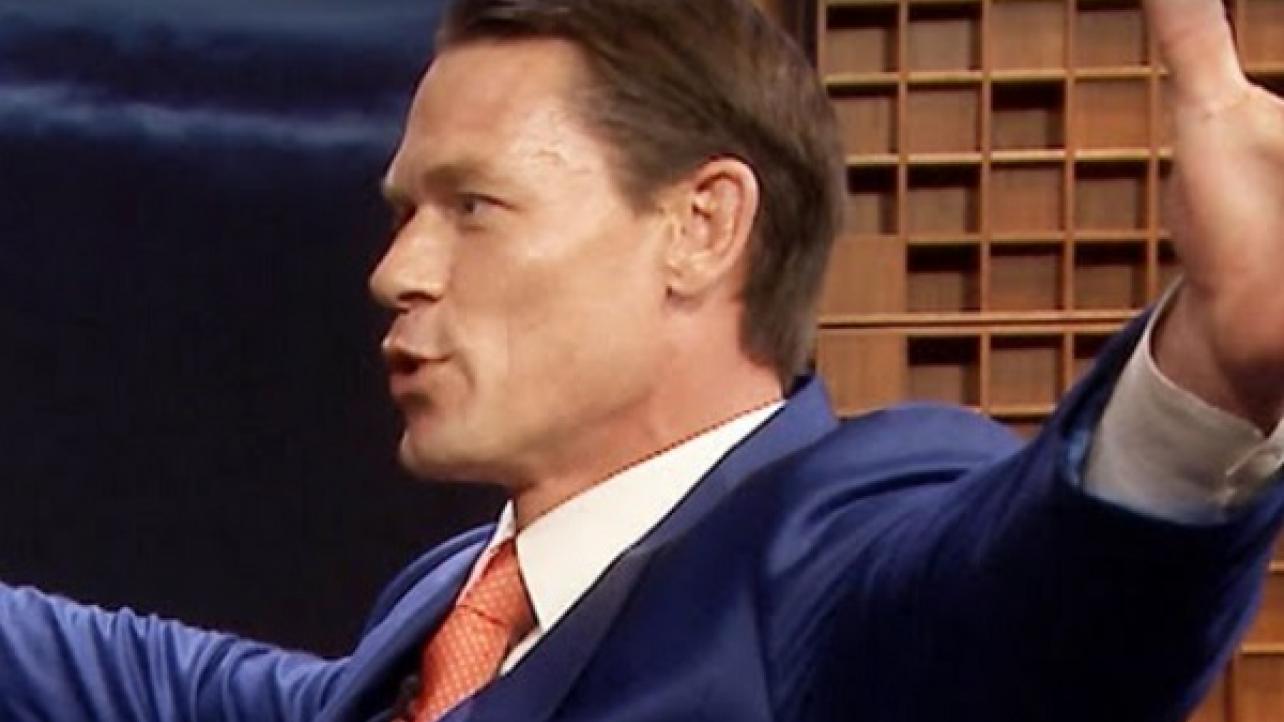 John Cena On His Hairstyle Change, WWE Career Winding Down At Age 41

During a recent interview with Adam Glyn, WWE veteran John Cena spoke about his current health status and his in-ring WWE career winding down at age 41.

“I feel the most healthy I’ve ever felt in my life,” Cena claimed when asked about his current health status. “I’ve dropped 20 lbs. I’ve learned some stretching techniques over in China. My body actually feels great.”

Cena continued, explaining how working a full-time schedule at age 41 with his new Hollywood commitments and his physical condition at his age being something he isn’t able to do any longer at that level.

“At full disclosure, I can’t run the full demanding schedule at 41 years old that current WWE Superstars do,” Cena added. “They go everyday, all the time and it is a young man’s game. “I’m old guys. I’m old. I’m 41 and performing 310 times a year isn’t what’s best for my overall health. I wanna be able to run the streets at 80 instead of hobbling around. I’m at a point in my life where I need to think long-term. That doesn’t mean I’m leaving the WWE. I’ll never leave the WWE, it’s my home. But I have to think about long-term health and right now this is probably the best play for me.”

The future WWE Hall Of Famer also delved into his recent hairstyle change.

“Originally I grew it out for a role, and some good fortune has come my way so I may have to keep it long,” said Cena. “I don’t know, everybody wants it short, so that makes me wanna keep it long. I don’t because you have to manage it and I really like the hi-fade because you can just get out of bed and go. So, it’s another thing to take care of but I like it because I was self-conscious about it until this moment where I was forced to grow it out. It’s a cool drill in facing the uncomfortable.”

Check out the complete John Cena interview below, or at YouTube.com.

John Cena On His Hairstyle Change, WWE Career Winding Down At Age 41