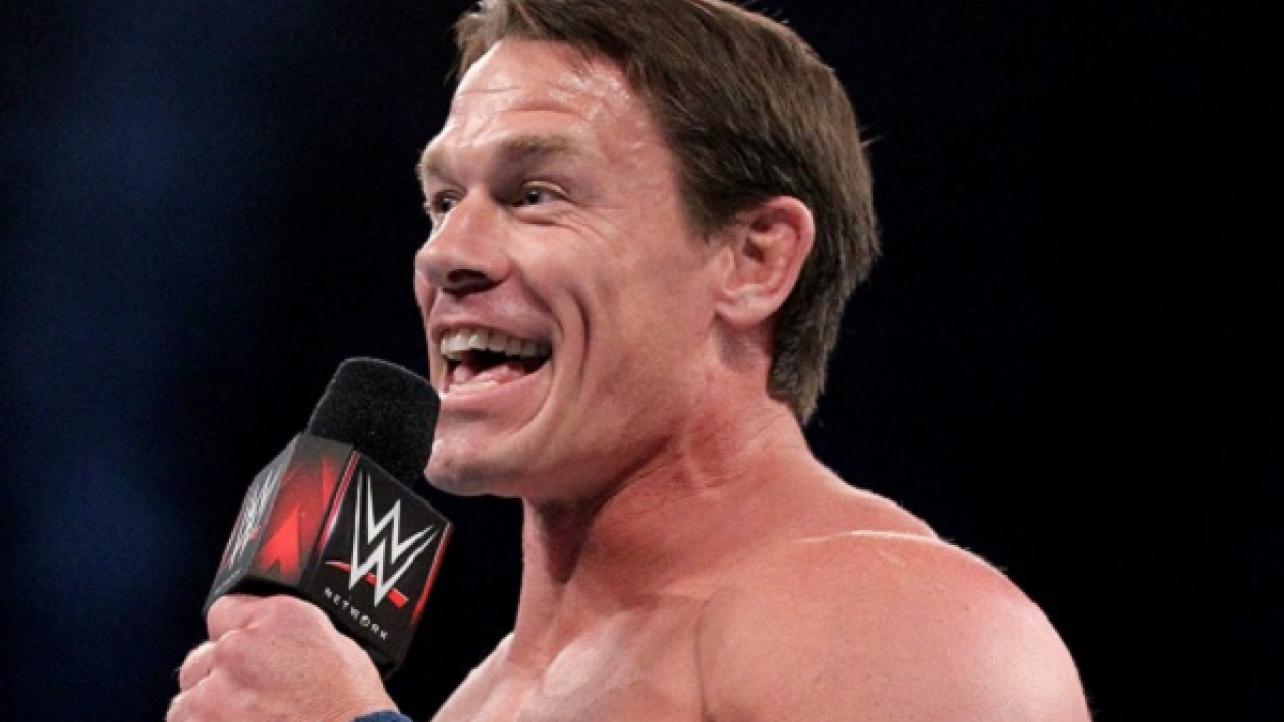 John Cena On His WrestleMania 35 Status, Thoughts On All Elite Wrestling (Video)

John Cena recently spoke with WSVN-TV’s Chris Van Vliet for an interview about WrestleMania 35, All Elite Wrestling (AEW) and more. Featured below are some of the highlights.

On his role at WrestleMania 35: “I will be at WrestleMania every year no matter what. I just don’t have anything this year and I’ve come to grips with that… and to all those out there who just don’t have a match at WrestleMania and don’t feel like they are a part of WrestleMania, take it from me, you can still contribute to the weekend without physically being a performer in the ring and I actually like that spot, I do. I re-cycled through social media a story that showcased the roster of talent we currently have and how gifted they are and I don’t want to take time away from people who are close to and into the product and very good at what they do and deserve to be out there.”

On did he want to be Kurt Angle’s opponent for Angle’s retirement match? “That is beyond my control. My response to that is control the controllable. Everyone always asks me ‘What do you want to do for WrestleMania?’ or ‘What’s your dream opponent?’ and I have never ever gone about our business that way. I do what is asked of when and then when I get what is told of me what I have to do, I try to make it super special. So in the fantasy match making world, all of that stuff with Kurt Angle is a good conversation. I’m glad to be in that conversation because that means a lot to me, that means people remember that first match and it would be a nice cycle of life. It seems to make sense but I trust in the grand plan and I trust in the process and I will do what I am told.”

On his thoughts on AEW:“I think competition is great because it forces you to step up or step aside and I think that is fantastic. We have internal competition of performers trying to be the best in our umbrella and that is wonderful because you sink or swim on your own investment. I think external competition is great because once again that will force us to step up or step aside and you can say what you want about them being competition or not competition, I view any form of digestible entertainment as competition because your eyes can go elsewhere. So that’s how I view that. Competition also stands for the state of the wrestling economy and it’s really good right now. There are a lot of people overseas and smaller promotions are getting larger and more traction which means you are consuming more sport entertainment and/or wrestling which is great for everything.”

On if he explains his Instagram account: “That’s what the Instagram is about, an image where you can interpret what you want. It’s explained in the bio. That is exactly, exactly what it is. Every single thing that I post has meaning, some are a bit more obvious like the post of Baron Corbin on my face when he’s facing off with Kurt Angle and some are a little more subtle. I posted one today that was super, super subtle and tomorrow’s one is even more layer of the onion subtly. I enjoy that, it’s just using the medium in a different way and creating a virtual art gallery where the consumer can be like ‘what’s on his mind?’ or ‘this is what this means’ which sparks conversation.”

On turning “sh*tty” storylines into something good: “I hate hearing people say ‘creative has nothing for me’ or ‘they’re not writing good things for me’. You have a small crew of writers who has to write a mass amount of segments and they churn out general stories. The best, most brilliant situation in the world is you two guys are going to have a match tonight, figure it out. Or getting something that is not good because then you can take it and go with the writer and make it your own. I’ve worked with so many people on our writing team from the head writer himself to a guy on the first day on the job. It’s up to the talent to take something that is, no offense, sh*tty, and make it good. I have never been handed a written piece of paper that I go ‘this is great’. It’s always ‘how do we turn this sh*t into something that makes sense.’ I’ve seen guys like Miz do it, guys like Seth do it, AJ when we were able to creatively bond for a while, and Bray.”

Check out the complete John Cena interview with WSVN-TV’s Chris Van Vliet below.

John Cena On His WrestleMania 35 Status, Thoughts On All Elite Wrestling (Video)