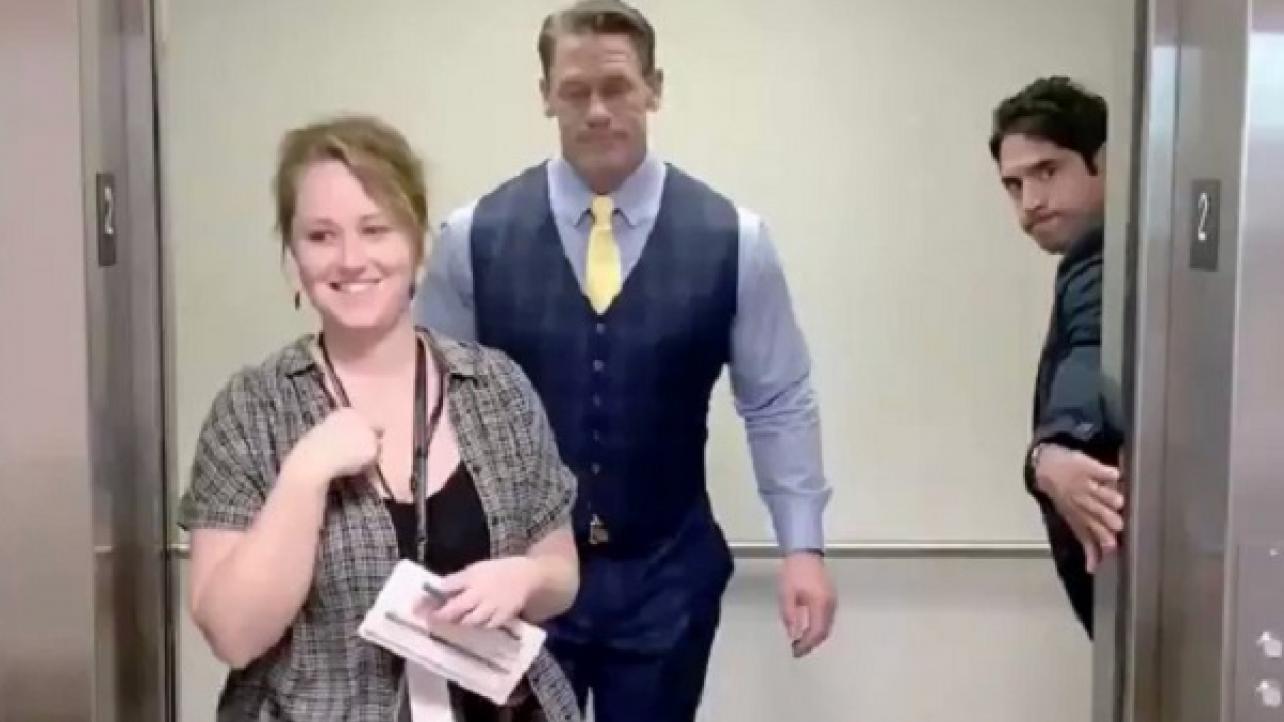 As the premiere of the returning “Are You Smarter Than A 5th Grader” series draws closer, the promotional materials continue to come out featuring John Cena gearing up for his role as host of the popular former TV series.

WWE.com released the following announcement today, which includes video of Cena meeting the cast of the show, which will return on Nickelodeon on Monday, June 10th at 7pm Eastern Time.

John Cena introduces the “Are You Smarter than a 5th Grader?” class

We’ve known for a while that John Cena would be toplining Nickelodeon’s reboot of “Are You Smarter than a 5th Grader?” Yesterday, we got our first glimpse of the 16-time World Champion’s co-stars.

In a video posted to his Twitter, Cena meets the fifth-graders he’ll be hosting for the very first time, and the encounter led to squeals of delight, questions about how many abs he has, and a general warm and fuzzy feeling. At the end, one kid gives him a birthday card. Seriously, it’s adorable. Watch the clip below, and tune in when “Are You Smarter Than a 5th Grader?” premieres Monday, June 10, on Nickelodeon.

Best part of the all-new @AreYouSmarter? THE CLASS. They’re an amazing group of young men and women who I guarantee will teach us all a thing or two! Can’t wait for you to meet them all June 10 on @Nickelodeon! #AreYouSmarter pic.twitter.com/5N5HpK8U3x

For more information on John Cena hosting the returning “Are You Smarter Than A 5th Grader,” click here.

Host @JohnCena is ready to meet the class of the all-new @areyousmarter! https://t.co/gRz3c3Qls9