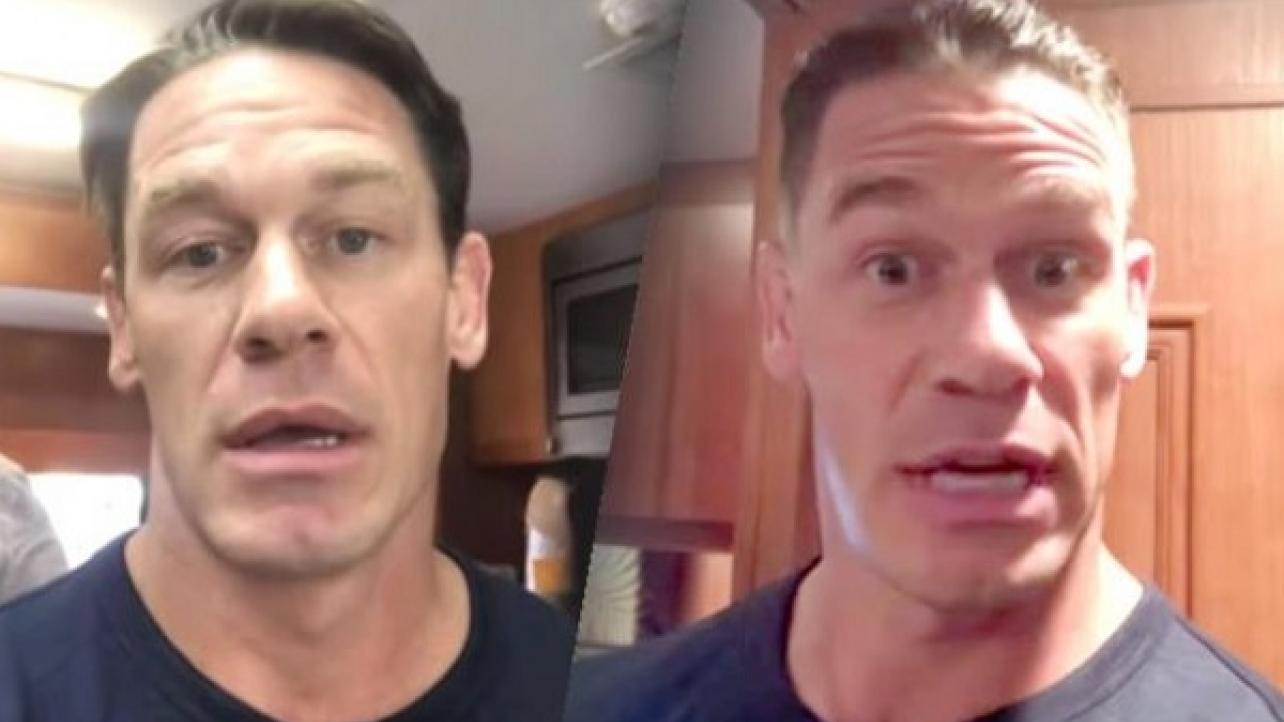 John Cena is sporting a new look, as the leader of the Cenation is featured in a new video released by WWE that shows the “before-and-after” transformation of his hairstyle for an upcoming “secret” movie role.

In a new video released this week on WWE’s official YouTube channel, the longtime WWE veteran and emerging Hollywood actor who is part of the new Fast & Furious 9 film is featured showing off the changes he made to his hairstyle.

The video also shows off Cena’s ability to speak fluent Mandarin, a language he has spent years learning in an effort to help WWE expand into the Asian market.

“Hello friends, long time no see! A year ago I shot a film with Jackie Chan [and] the director asked me if I could change my hairstyle,” said Cena in perfect Mandarin (See Below). “So, right now you can see it’s long and wild. Now I’m filming a new movie and the director asked me if I can change my hairstyle, so now I will *snip-snip-snip* my hair [again]!”

Regarding the movie role, Cena noted that it is of secretive nature.

“My role in this film is a secret,” Cena said. “I can’t tell you anything about this role, but I can let you see my new look! See ya!”

At this point, there was a quick cut in the video and Cena returned with his new look and another message. Once again, Cena delivered his message in Mandarin … flawlessly.

“Hello friends! Look at me now,” said Cena. “I have a lot less hair now, so I’m all done with my hairstyle change for my new role in my new action movie.”

He continued, explaining that his wrestling fans will be excited because he will “look more like ‘WWE John Cena.'”

“I’ll probably have another haircut in the future — just a small cut — but for now I will look more like ‘WWE John Cena,'” said Cena. “That look is similar to what I look like now, so a lot of WWE fans will be very excited. I’m excited because now my hair is comfortable and not wild and crazy, so now … you see me,” he concluded, before giving a thumbs up to the camera.

The new Executive Director of WWE RAW, Paul Heyman, took to social media to comment on the video that features Cena’s new look and his ability to speak fluent Mandarin.

“It’s very impressive that [John Cena] can speak fluent Mandarin, but can he rap in Yiddsh,” Heyman questioned via his official Twitter page (@HeymanHustle) on Wednesday. “Oy Vey! My client [Brock Lesnar],” he concluded, along with a hashtag that read, “#YourHumbleAdvocate.”

It looks like #JohnCena is showing off his new #hairstyles & his #Mandarin-speaking skills in a new #VIDEO! Check out some #photo s below & the full #story at the #link