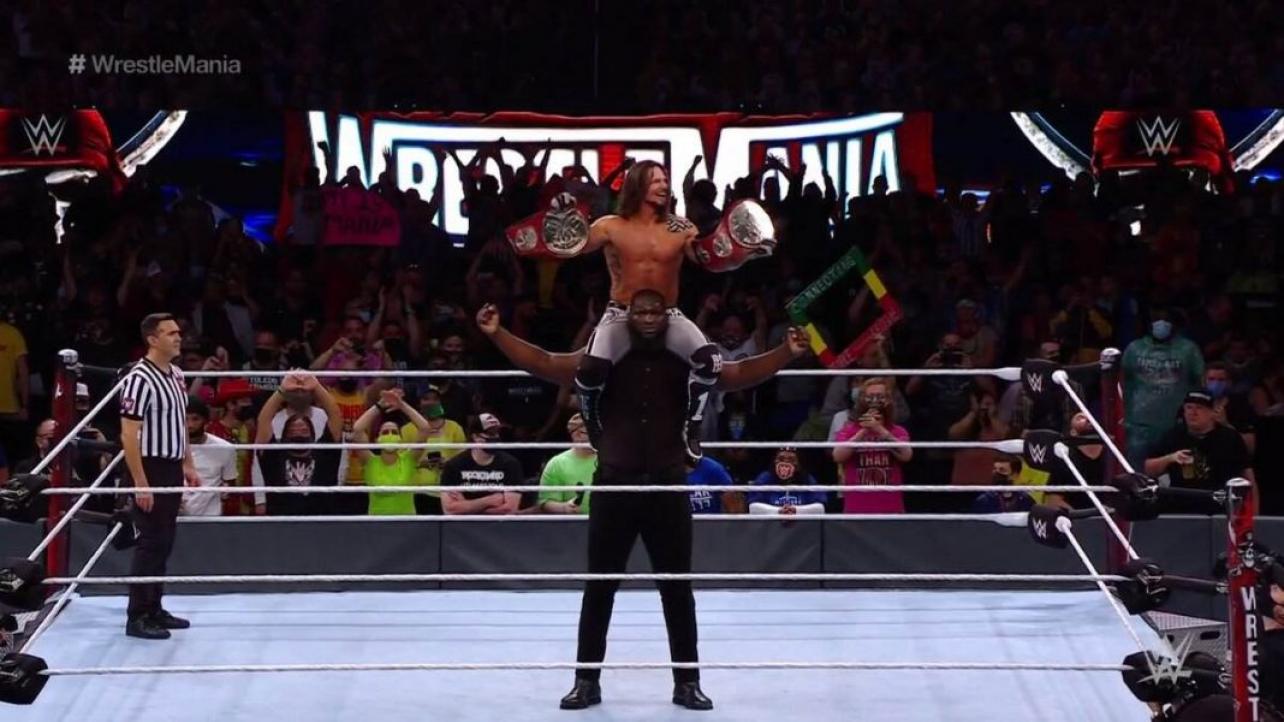 The father of multi-time WWE Champion John Cena spoke with Boston Wrestling MWF, and shared his opinion of Omos, who recently became a Raw Tag Team Champion. John Cena Sr. said Omos impressed him, before sending a warning to WWE, and told the company:

“Let’s hope they don’t do what they did with all these people that they tried to get over. I was impressed also with the way they pushed him to get him in there for that final shot. Let’s not pull another Braun Strowman. Let’s not build him up, get all the fans excited, and then turn around and say, ‘Okay, what the hell are we doing from here?’ Let’s hope, because I was impressed, I really was”.

This isn’t the first time Cena Sr. has mentioned Strowman this year. In an interview with SportsKeeda, John stated that he believes writers aren’t sure what to do with the former Universal Champion. John explained:

“I’ll give you a good example. I thought Braun Strowman was the biggest thing to come down the pipe. They built him into the biggest, toughest, meanest giant in the world and they squashed him. He’s gone. Why? ‘Cause the writers didn’t know what to do with him”.