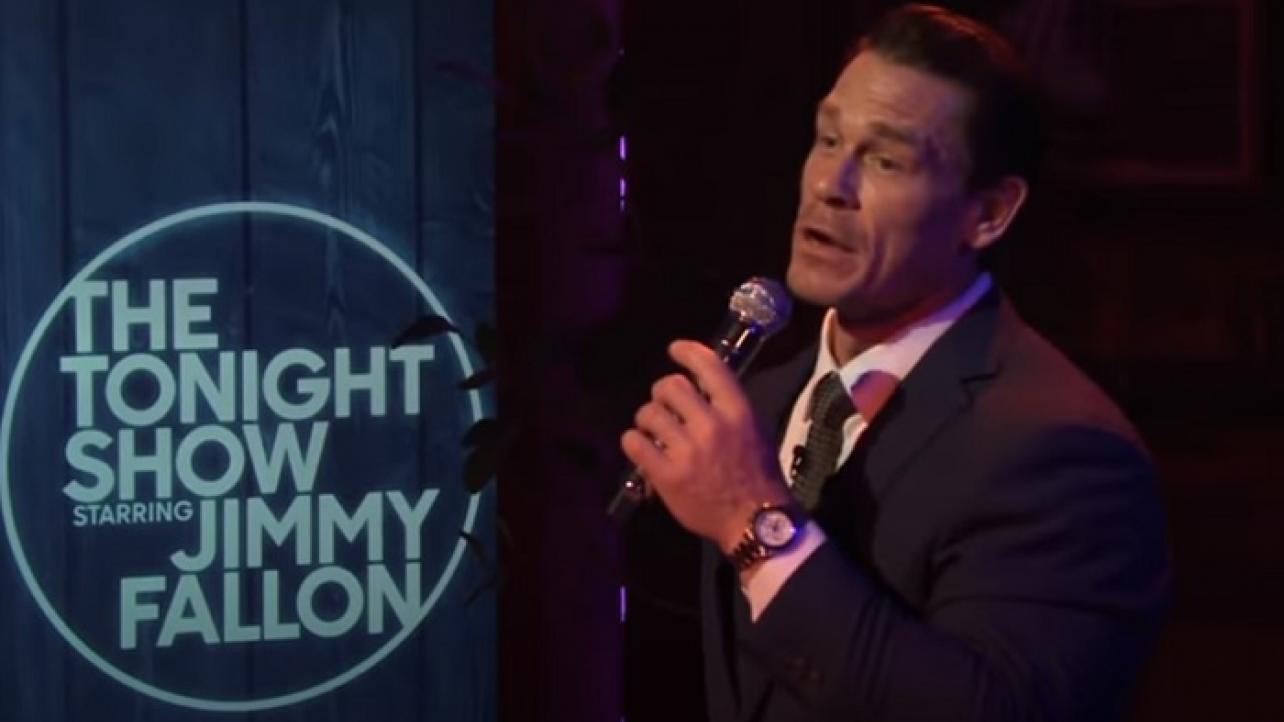 During his appearance on the late night talk show on NBC, the longtime WWE veteran spoke about the book being the perfect product for his fans, as he noted having “a very young audience in WWE.”

While talking about the younger demo that follows his career via WWE, he noted that while his in-ring career in the pro wrestling / sports entertainment business is not as active as it once was, but claimed “it’s not over.”

Featured below are several video clips of John Cena’s appearance on the Tuesday, September 29, 2020 episode of “The Tonight Show Starring Jimmy Fallon.”