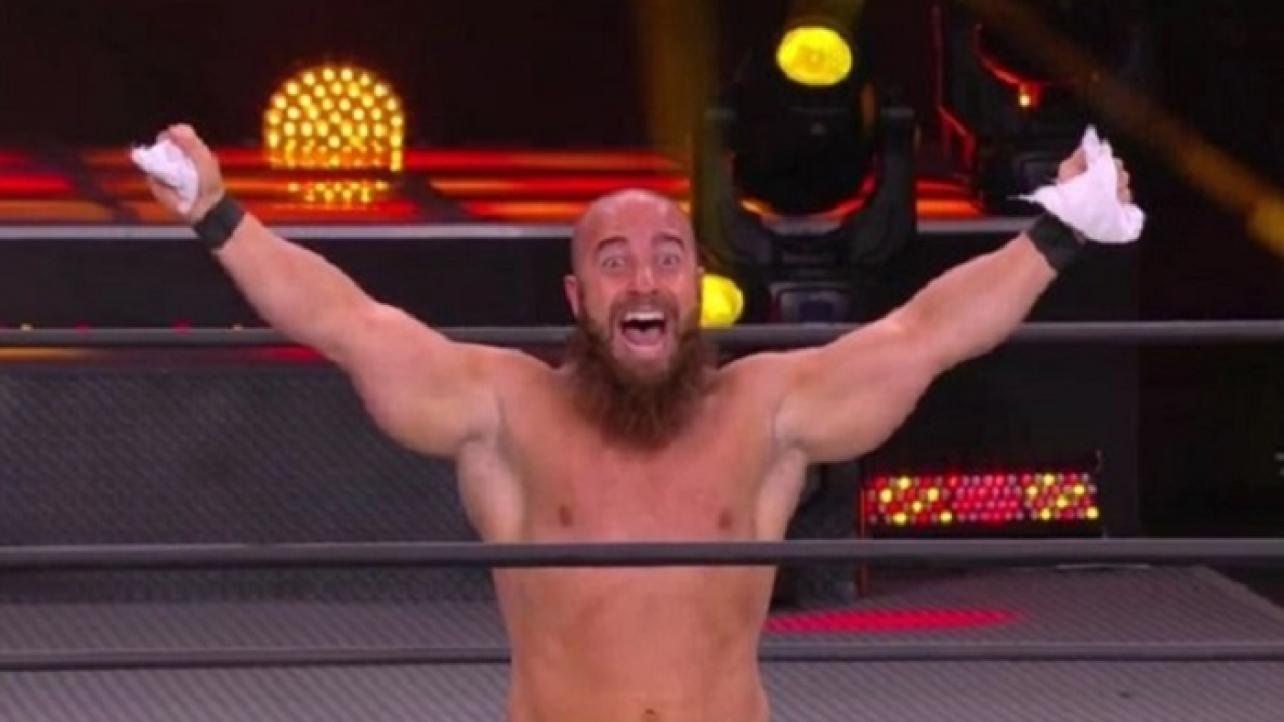 John Silver of The Dark Order faction in AEW recently spoke with Mike Johnson of PWInsider.com for an in-depth interview promoting AEW shows and other projects.

During the discussion, the AEW star spoke about his match with Bryan Danielson at AEW Dynamite being the biggest singles bout of his career, carrying the legacy of Brodie Lee in The Dark Order, sharing the ring with “Hangman” Adam Page when he captured the AEW World Championship at Full Gear 2021 and more.

On his upcoming match with Bryan Danielson on AEW Dynamite being the biggest singles match of his career: “Yeah, I guess you could argue that my match against Darby Allin because it was for the TNT Title as well, that is right there too. That was a main event, but I think we’ll have the most eyes on this match. Definitely. With no offense to any other guys I went against, but Bryan’s definitely got to be the biggest star I’ve ever wrestled, especially in a singles match. This is going to be a special night.”

On carrying on the legacy of Brodie Lee in the Dark Order: “It’s so great. Anyone that’s ever met Brodie only has positive things to say about him. He’s such a great guy and he helped not just my career, but everyone in The Dark Order’s career, so much. So it’s great to carry that on. I see his family all the time, Amanda and the kids, I love Brodie and Nolan. So we get to see them all the time. So it’s good that we’re still in contact, still talk to them all the time. I think it’s just The Dark Order’s taken over. It just went from this little thing that it was just Stu and Uno. Then, it was me and Alex there. We had Brodie come and became this big thing and now it’s just something that’s a little twist on it. It’s a little different and it’s just great that we’re still going. Like the last thing I wanted to do was break up, so I’m glad we’re all still together. We’re all still get along. We still have a great time together. Not just in front of the camera, but behind the scenes, we’re also always having a good time. We’re all good friends. So it’s really cool that we get to still do The Dark Order, it’s great.”

On being in the ring after “Hangman” Adam Page won the AEW World title at Full Gear: “It was awesome because he’s such a genuinely nice guy. Before AEW, I had never met him before. Even at the beginning, when I was there, I really didn’t talk to him until we started doing stuff on BTE and then we all became good friends and just seeing how he is such a genuinely nice guy. He’s not the type of guy that’s going to go crazy. He wants to get home to his family as quickly as possible. He’s a family man. He works hard. He’s constantly thinking about what to do for wrestling and what to do here on BTE and what stuff with us. So, it was just great to see him work. He wasn’t given anything, he worked his butt off to get where he was. So it was awesome. I mean, he’s such a great guy. So you want to see people like that succeed. And I was very happy for him. We were all very happy for him because I think we all kind of help each other for a little while and he definitely helped The Dark Order, massively as well. So he was able to help us. And so it was good to see him win the biggest title in the world. It was great.”