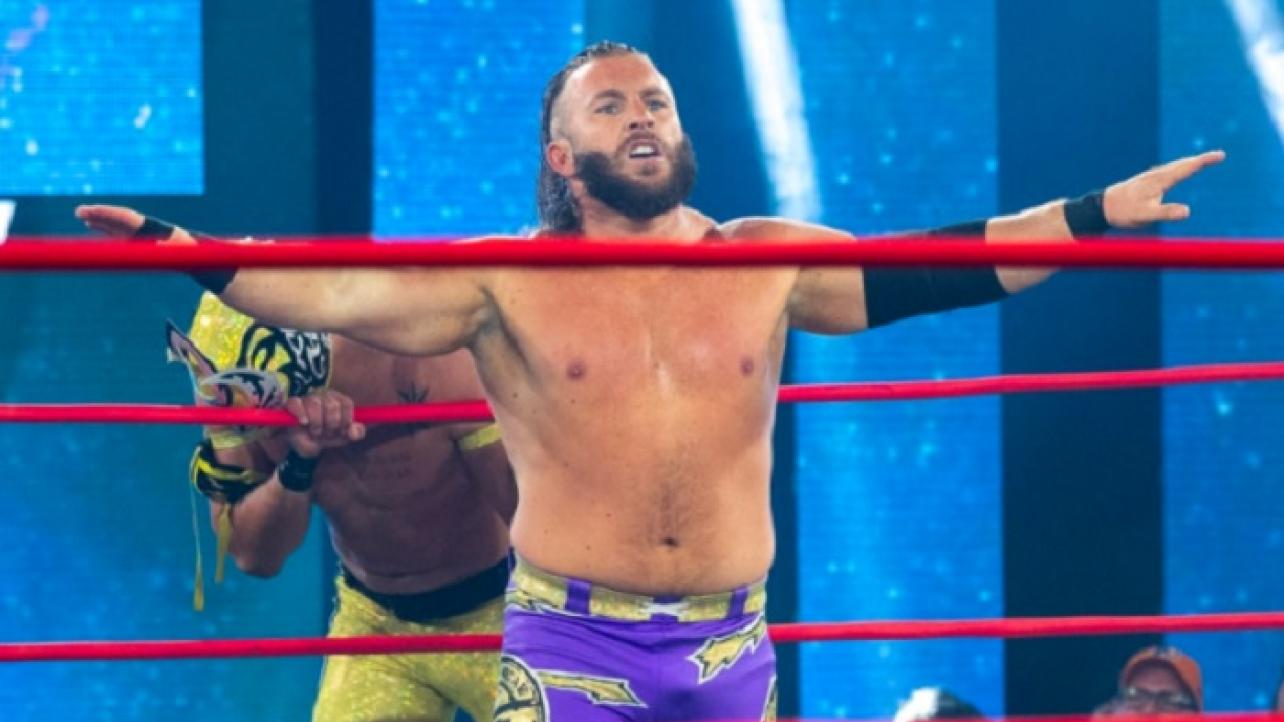 During the discussion, the IMPACT Wrestling star spoke about this Saturday night’s Bound For Glory 2021 pay-per-view, what it would mean to him to become the first-ever IMPACT Digital Media Champion, which matches he is most looking forward to besides his own and more.

On what being the first ever Impact Digital Media Champion would mean to him: “It would mean a lot. First of all, I grew up a huge wrestling fan so to hear people like D-Lo Brown refer to it as the new version of the Television Championship is kind of it’s kind of cool because the guys I grew up watching idolizing… the Arn Anderson’s the beautiful Bobby Eatons, Tully Blanchard…you know even Fit Finley and Steven Regal… people like that. They were all television champions and I admire and pattern myself after all of them. So to know to that digital media and social media is such a big thing of of today’s generation and to know that it’s really changed the wrestling industry the way it has…to be the first digital media champion of a company is going to be huge because it means more eyes are going to be watching you. Anywhere you can find Impact Wrestling, there’s going to be more eyes on you than there’s ever been. And I think that that’s cool. And just anytime you can be the first of anything in wrestling, super, super cool thing or not to have to hang your hat on because I mean everybody after that is going to be next right? So to be the first I mean that’s really what I’m after is I’m ready I’m ready to make history this Saturday at Bound for glory, and write my name in the history books as the first digital media champion.”

On how he’s really looking forward to the Christian Cage and Josh Alexander world title match: “Who would have thought 2021 that we’re sitting here talking about Christian cage defending the Impact Wrestling championship? When I saw somebody like Christian Cage come back. You know, we don’t know how long he’s going to be around. But you know, selfishly again, I want to be… I want to have the opportunity maybe to step in the ring with Christian because he’s one of the best of all time. And I’m not just saying that because I’m trying to promote a main event I’m saying it because it’s the truth. Josh Alexander could very well be the next you know, guy that Impact Wrestling hangs their hat on. And that’s cool too. Josh Alexander, great athlete, great wrestler. I’m just excited as a wrestling fan, to see that match and to see them fight for the the ultimate prize and Impact Wrestling. I’m also excited to see Deonna Purrazzo and Mickie James because, you know, again, going back to what I said about Christian who would have thought in 2021 we’d be talking about Mickie James making a comeback and fighting for the knockouts title? So like you said it’s a stacked card but I think the the Josh Alexander Christian Cage match is probably the one I’m looking forward to the most and I without a doubt can probably say it’ll be a curtain sell out for the for the talent as well.”

Check out the complete interview below, or at WrestlingHeadlines.com.