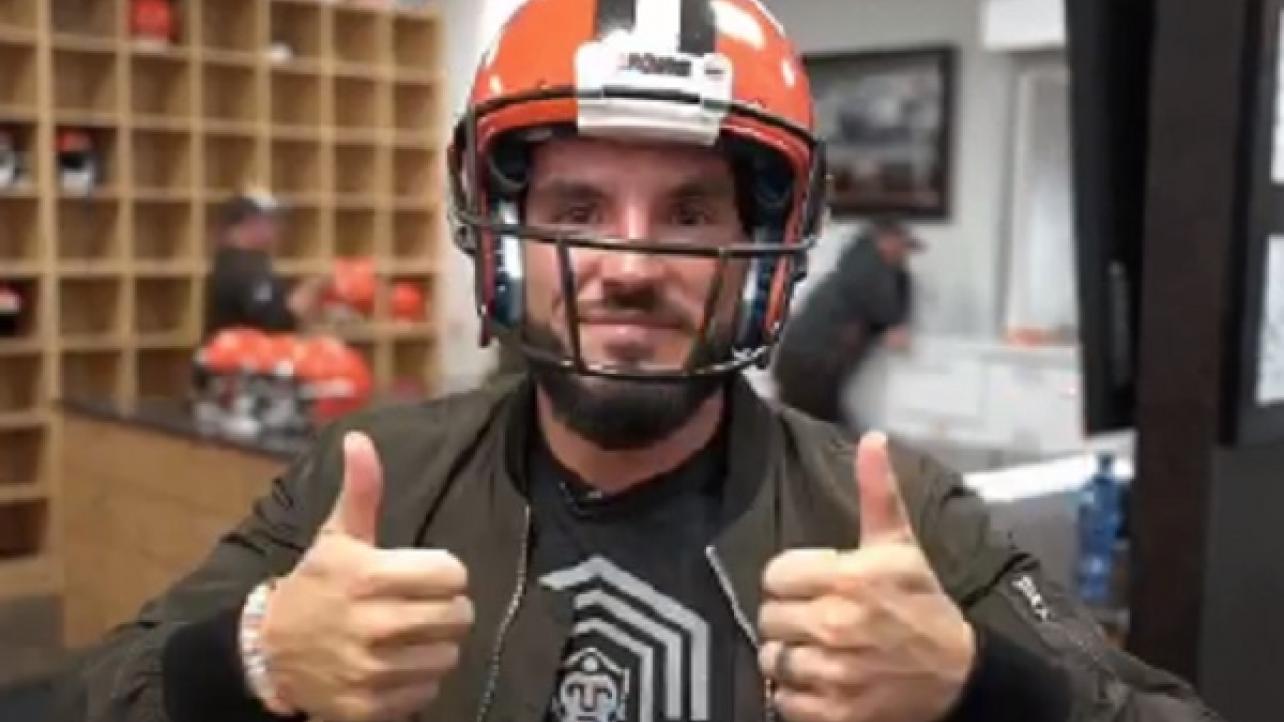 Johnny Gargano and Candice LeRae had a good day at the game today.

The NXT power couple appeared live at the NFL game on Sunday, September 8th, which saw the Tennessee Titans taking on the Cleveland Browns in the Browns and Gargano’s hometown of Cleveland.

Gargano, a big Cleveland Browns fan / supporter, took to social media, chiming in on Twitter today with a couple of tweets including videos and photos of himself and LeRae at the game.

Check out some of the media shared by Johnny Gargano below.

In related news, the NFL On FOX broadcast team for the Philadelphia Eagles and Washington Redskins game promoted the move of WWE SmackDown LIVE from the USA Network to FOX starting on October 4th. Additionally, an ad ran to promote the move.

Check out videos and photos of the NFL On FOX broadcast team talking about WWE bringing SmackDown to FOX starting on 10/4, as well as the ad that aired during the game to promote the move by clicking here.

First quarter WE out here!