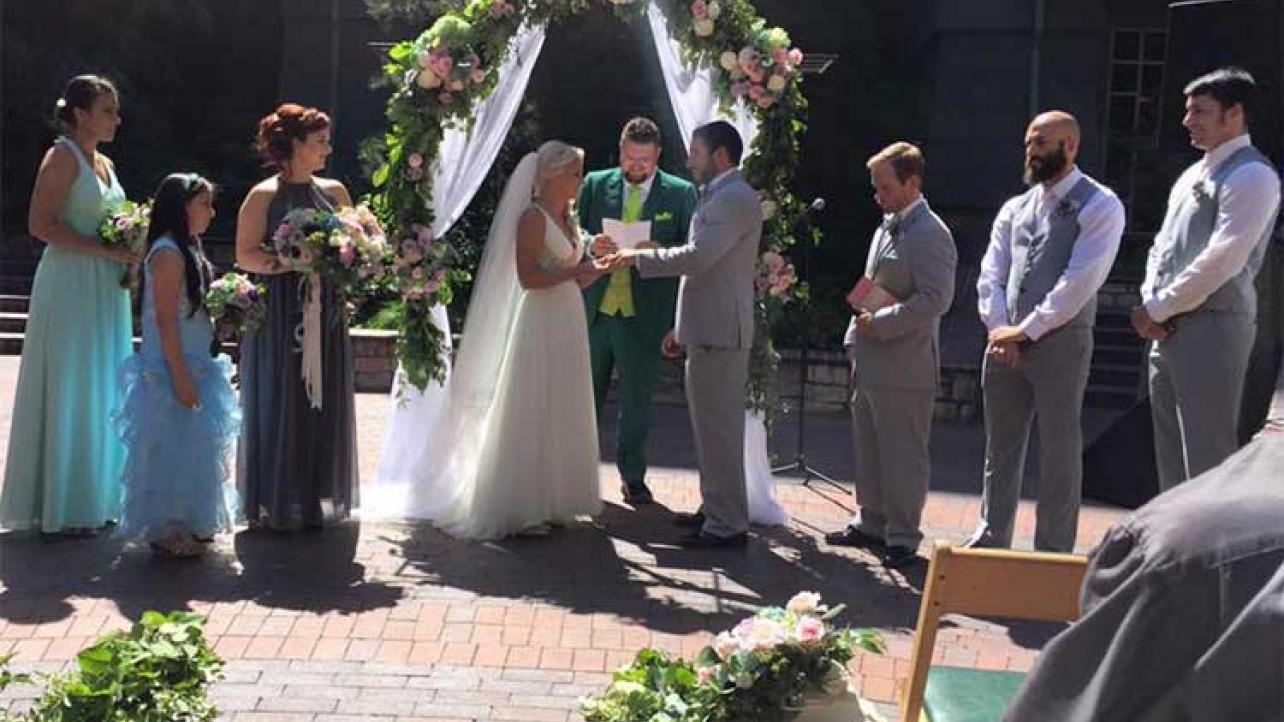 Johnny Gargano, who has been officially announced as part of the roster for the new RAW brand exclusive WWE Cruiserweight division, got married this weekend to longtime girlfriend and fellow wrestler Candice LeRae.

The Gargano-Gae wedding ceremony took place this weekend at Disney’s Grand Californian Hotel & Spa in Anaheim, California. You can check out photos from the ceremony on Joey Ryan’s official Facebook page.

In related news, the happy new husband and wife will oddly enough be doing battle against one another — inside the ring — as soon after tieing the knot the two have been announced for a two out of three falls match against each other at the October 23rd AIW independent wrestling event in Cleveland, Ohio. It will be Gargano’s final independent match before moving on to his full-time gig with WWE.

Below is a photo of the poster for the husband vs. wife match between Johnny Gargano and Candice LaRae.