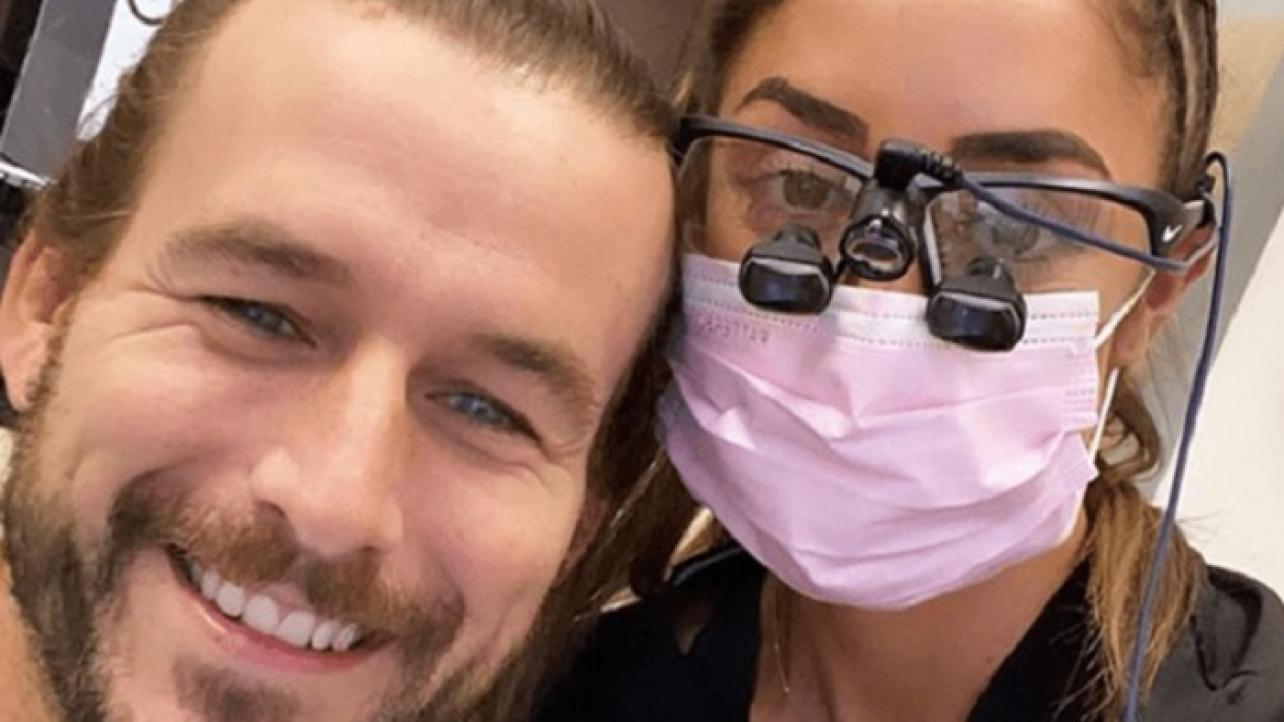 Adam Cole and Dr. Britt Baker’s real-life relationship has been brought into the spotlight by Johnny Gargano ahead of this Sunday night’s NXT TakeOver: In Your House special event on the WWE Network on Peacock.

Featured below is an excerpt from the global presser for the WWE NXT special event, where Gargano brings up the real-life relationship of Cole and the AEW Women’s World Champion Dr. Britt Baker, D.M.D. when referencing the fact that Cole is going to be happy he knows a good dentist after the match this Sunday evening.

“There’s always revenge on my mind. I am very loyal to the people that are loyal to me, but if you spite me, I do not forget. I always remember. But we’re talking about something that happened two years ago. Part of me thinks I should thank Adam Cole, because I sat back and I watched him go to Cleveland, Ohio, with the NXT Championship. Go to my dad’s restaurant. I watched that happen. Then what did people do? They still cheered for him. That taught me that people, they’re not loyal. They still cheered a piece of garbage. Yes, Adam Cole is a piece of garbage, but I respect his accomplishments. I respect what he is capable of in that ring — but that was almost two years ago. Looking around this room, after what Adam Cole has pulled the last two weeks, after he threw a chair in my face, I think everyone here in that 5-Way wants to kick Adam Cole’s teeth down his throat. Monday morning, I think he is going to be very happy he knows a good dentist.”

Watch the complete NXT TakeOver: In Your House Global Press Conference via the video embedded below courtesy of WWE’s official YouTube channel, and make sure to join us here at eWrestling.com on Sunday night for live results coverage of the show.

(H/T to Fightful for transcribing the above Johnny Gargano quote.)