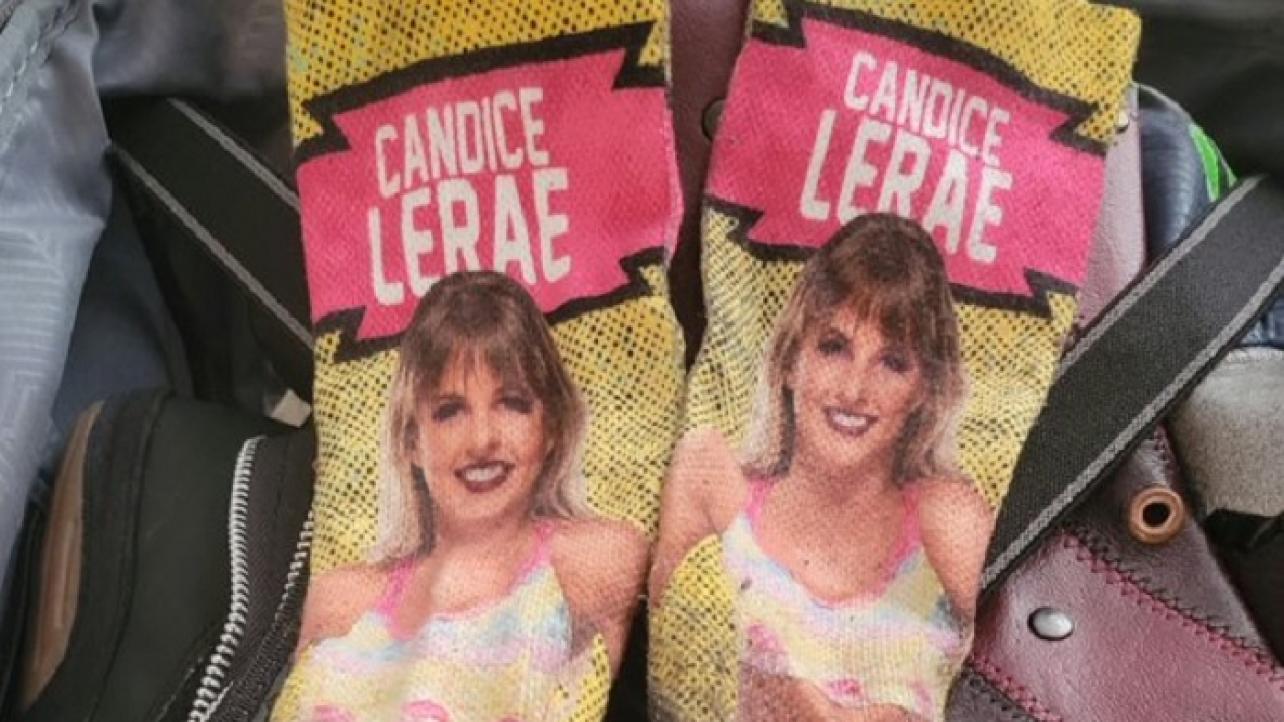 Candice LeRae might not be present at the NXT WarGames 2021 special event this evening, however she will be there in spirit.

Johnny Gargano took to social media ahead of tonight’s NXT 2.0 special event, which airs on the WWE Network on Peacock from the Capitol Wrestling Center in Orlando, Florida, to share a photo and message about how he will have his wife, Candice LeRae, in the ring with him in spirit.

The longtime NXT veteran showed a photo of a custom pair of LeRae socks that he will be wearing to pay homage to his wife, noting that tonight marks the first NXT WarGames show that she will not be working, due to “obvious reasons.”

“Found the perfect pair of socks for NXT WarGames tonight,” wrote Gargano as the caption to a tweet that included a photo of them.

“Candice LeRae has been in every Women’s War Games match.. and for obvious reasons she’s unable to compete this year,” he added, in reference to the happy NXT couple having their first child together. “But I wanted to make sure she still found a way in the cage with me tonight.”

Check out the actual tweet from the official Twitter feed of Johnny Gargano, which includes a photo of the socks he will be wearing tonight in honor of his better-half, via the post embedded below.

Make sure to join us here at eWrestling.com tonight for live NXT WarGames 2021 results coverage from Orlando, FL.

Found the perfect pair of socks for #NXTWarGames tonight!@CandiceLerae has been in every Women’s War Games match.. and for obvious reasons she’s unable to compete this year.. but I wanted to make sure she still found a way in the cage with me tonight. ❤️ pic.twitter.com/YZ8Gt6TVrP