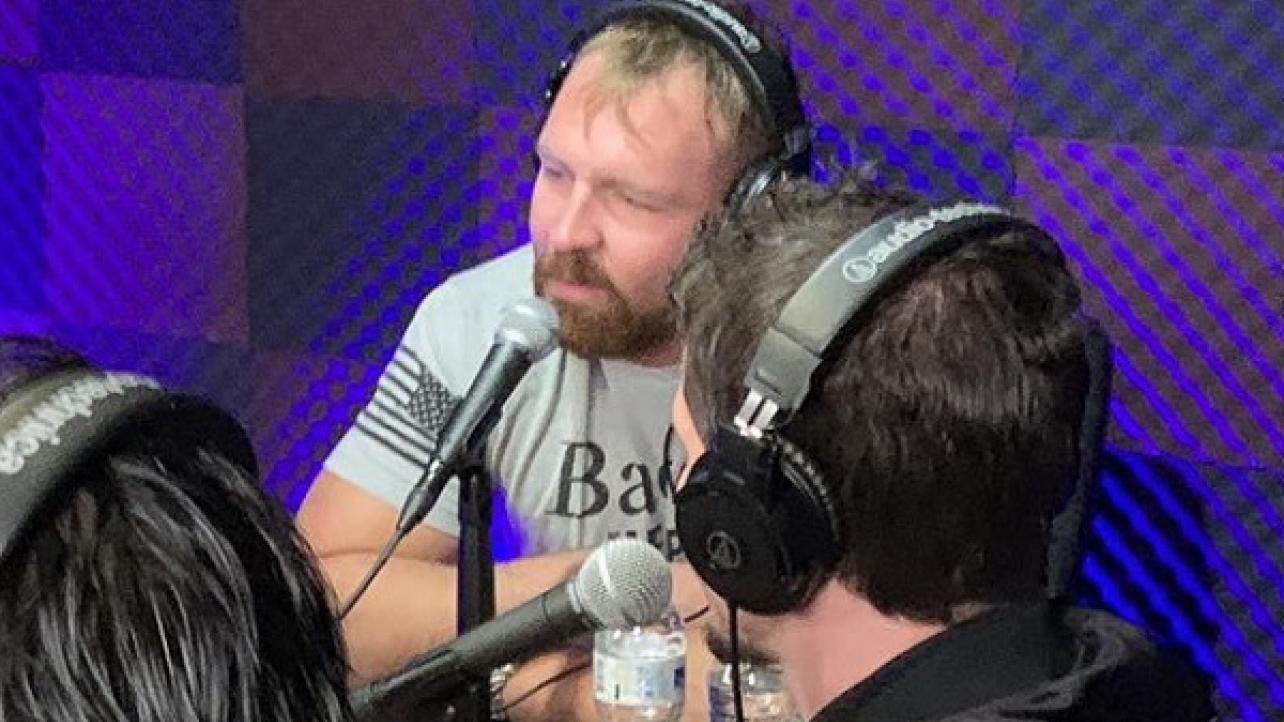 All Elite Wrestling (AEW) star Jon Moxley recently appeared as an in-studio guest on episode 146 of The Store Horsemen podcast for an in-depth interview.

During the discussion, the former WWE Superstar known as Dean Ambrose spoke about WWE recently promoting Paul Heyman and Eric Bischoff to Executive Directors of RAW and SmackDown Live, talk of an AEW vs. WWE wrestling war breaking out and more.

Featured below are some of the highlights, as well as a complete video archive of the interview.

On WWE naming Paul Heyman and Eric Bischoff the Executive Directors of RAW and SmackDown Live: “They definitely made some kind of move. Paul Heyman is really smart it sounds like that is a great idea. I just hope Vince lets them do their ideas. It’s not just ‘I made him head of creative, but I’m telling him what to do type of thing. Eric Bischoff was behind the NWO, he also presided over some crappy WCW shows. He is probably pretty motivated to make you forget that part of the resume. The more wrestling that is good, the more fans that there are and the better it is for everybody. Authenticity might be the number one. Because you can apply that to the whole product. Every wrestler is going to be different in the ring, different on the mic, a lot of people are great for different reasons. What makes them great, whether it be in WWE or AEW, is if you let them be themselves, don’t put them in some box. That is what AEW is going to do, we have so much great talent and that talent is going to shine very bright.”

On the talk of a WWE vs. AEW wrestling war now that AEW is going to be airing weekly on TNT starting later this year: “This is not the Monday Night Wars. Now, we are over here doing this, they are always going to be there, it would be a fool’s errand to try and take them down, it wouldn’t be good for the wrestling business to try and take them down. We are providing a good alternative, showing that there is a world outside of that. I can’t wait, it’s super exciting, it’s going to be challenging, we have no idea what is going to happen, but we are making history. First time in a long time, TNA was prime time for a little bit but this is a first since basically WCW.”

Check out the complete Jon Moxley interview from episode 146 of The Store Horsemen podcast below, or at Facebook.com/storehorsemen.

SECRET’S OUT…THIS WEEK: AEW’s @JonMoxley joins the #StoreHorsemen @TheComedyStore to talk his newfound freedom, respond to AEW criticisms, his relationship with Seth Rollins and what it’s like to not wrestle in jeans. LISTEN: https://t.co/PEwnn9CrLe #JonMoxley #AEW #WWE pic.twitter.com/Pew82xMCl8