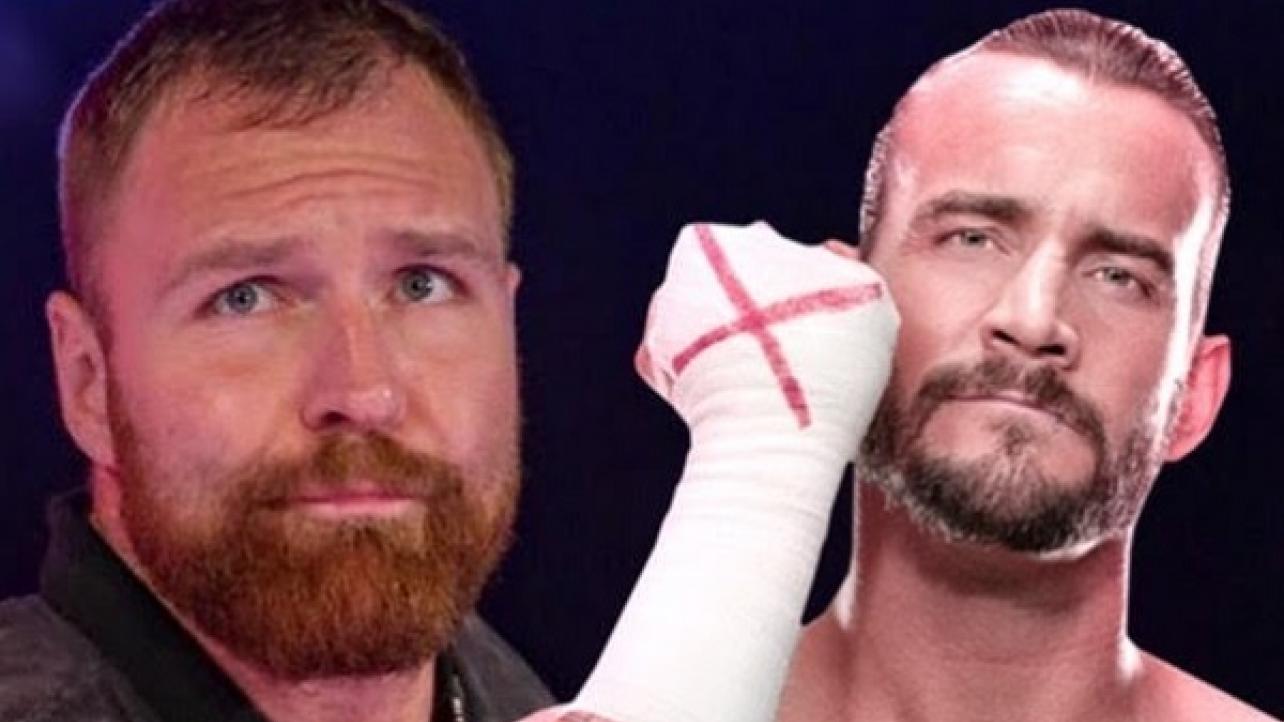 As noted, Andrew Grevas (@AndrewGrevas) of 25 Years Later conducted an hour-long interview with Jon Moxley this week. During the interview, the former WWE Superstar known as “Dean Ambrose” talks at length about leaving WWE, his relationship with Vince McMahon and Triple H, debuting for All Elite Wrestling (AEW and much more.

Featured below is an excerpt, as well as a link to listen to the complete Jon Moxley interview with Andrew Grevas from 25 Years Later:

Andrew Grevas: “The obvious comparison to you on “Talk is Jericho” is CM Punk on Colt Cabana’s podcast. A lot of people wondered if we would be getting something similar but I think they were drastically different. You didn’t burn bridges; you told the truth.”

Jon Moxley: “A bridge is never burnt in WWE. Vince [McMahon] would have me back tomorrow and would love it if I came crawling back to him. I think Punk had a lot more personal animosity towards WWE and specific people. I don’t know every detail of his story and I haven’t spoken to him since he left WWE. His experience drove him to not like wrestling anymore, I think. For me, I wanted the exact opposite. I just got pro wrestling back after losing it years ago. I’m like “Whoa, I’m back in the game, here we go”! I wanted to make sure that people knew that there’s no bitterness and that my love of wrestling and my desire to perform for the fans, my desire to meet and exceed their expectations and my love for the fans has only gotten bigger. They have stayed with me through thick and thin and they’re going to follow me wherever I go.”

AG: “In 2009, 2010, you were the best promo guy in the business. To hear you say on Jericho’s podcast that you fell out of love with promos really sucked to hear. Is that passion coming back?”

JM: “100%. My filing cabinet of ideas for promos, angles, concepts, moves and big and small ideas got emptied out the moment I left WWE. Everything I had before WWE is lost. Everything I had as Dean Ambrose or as a Shield guy, is lost. I shit-canned all that shit. I’m starting over. My cabinet was empty, but it is filling up quickly. I can’t wait to start getting this stuff out there.”

AG: “There seems to be this internet wrestling fan theory that once Vince is gone and Hunter is in control that everything is going to be OK.”

JM: “Everyone seems to like NXT and there’s no Vince on that product. I think he’s the most capable guy of taking over the whole thing. I’m certainly not. I can’t imagine the expertise it would take in so many areas it would take to sit in Vince’s chair. He’s the only real option. But he’s 50, Vince is 70 and Vince’s mother is like 90 something and still plays tennis every day. If Vince lives until he’s 90, Hunter won’t take over until he’s 70. I’d much rather see it change sooner than later because Vince is out of ideas. He can’t adapt. It would be the best thing for him to at least step aside for a while and see what happens and see what happens. He’s trapped in this bubble that he’s created around himself. He was a genius in the ’80s and knew how to adapt in the ’90s. Neither of which are true in 2019. You know that Spiderman movie with Toby McGuire wherein the beginning Willem Dafoe was the bad guy and they vote him out of his own company? Why aren’t the shareholders getting together here and saying, “This dude is laughing at his own fart jokes. We’ve got to get him out of here”. Isn’t there a way where we can all band together and squeeze him out? He went from creating modern wrestling to being the one that’s hindering it the most but that’s over there on that side. Over on this side, we’re doing nothing but creating. I don’t have to worry about what’s going on over there.”

AG: “People weren’t quite sure how to interpret you not saying much about Triple H in the Jericho interview.”

Check out the complete Jon Moxley interview with Andrew Grevas of 25 Years Later at 25YearsLaterSite.com.