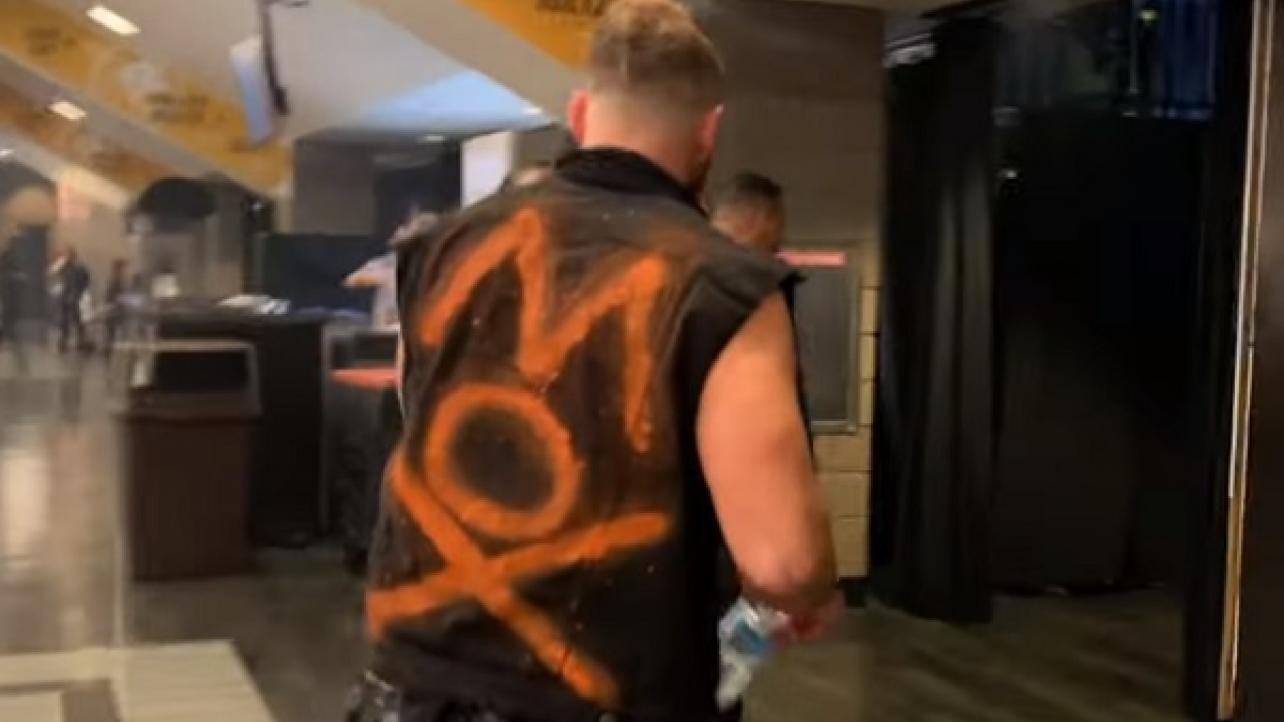 In a new interview with NJPW, Jon Moxley discusses his debut at the BOSJ tournament, where he defeated Juice Robinson to become the new IWGP United States champion. Moxley talks about entering through the crowd similar to his Shield entrances in WWE, why he changed his ring gear, and how working at Sumo Hall felt different as a member of the NJPW roster. He also expresses how much he enjoyed working with Robinson.

On entering through the crowd: “That idea was presented to me and at first I did think it was leaning a little on things I’d done in the past. But thinking a bit about it, it was definitely the right thing to do. I don’t want to be ‘too cool’ and ignore the things I’ve done. It is a cool entrance, and something I helped trail-blaze. The best thing about it was that it was a mood changer. The atmosphere instantly changed and I could feel that change. Plus, Sumo Hall is such a cool arena, so historic, and to have that view from the top of the stairs, that was a really cool sight.

Working Sumo Hall: “It was very different. I’d performed there six or seven times for WWE, but that was for WWE fans in Japan, or fans sampling that product. I didn’t know how the NJPW fans would react to me, or even know who I was. I thought I would have to show them who I was through what I did in the ring and the violence I put out there on my opponent. I didn’t know how it was going to go, but it was great. I can’t thank them enough for the energy they have, and the respect. The respect the Japanese fans have is tremendous. When I was in WWE, I looked forward to coming to Japan the most, more than TV, or WrestleMania, because they have such respect for this sport, and it makes you want to work harder.”

Gear change: “I wanted to change my look, for sure. When I was in WWE, I always wrestled in jeans, and there was a reason for that; everybody else had fancy tights and I wanted to be the opposite. More grungy, a street fighter type. But wrestling in jeans, honestly, it sucks. They’re hot, sweaty, hard to move in. I’m done with wrestling in jeans! It’s so much easier to wrestle in tights.

“My boots situation was a nightmare before I wrestled. I had a pair I bought that I was trying to break in, but they didn’t fit right. I tried another pair, they didn’t fit, either. They were too clunky. So I just went with regular wrestling shoes. When I looked in the mirror before I went out, I felt naked because I was so used to wrestling in jeans. So I knew then that it would cause a reaction, and be a bit of a shock.”

Thoughts on the Juice Robinson match: “I loved the whole thing. I love being in intense blood and guts stuff like that. It was a tooth and nail fight, and I loved that. When the crowd and the announcers are saying to each other ‘this is crazy!’ I love that. Those matches where you just go all out, everything on the line, be it for five minutes or 20 minutes. Just wild stuff. I love watching that.

“The whole experience was great. I’ve been watching NJPW, and New Japan is professional wrestling. I love professional wrestling and I feel for a few years that I had been relegated to being an entertainer. So I was excited to just go in, no pre-conceived notions, no baggage of thinking about who this new Jon Moxley is. Just going out and seeing what happened.

“It was all like an acid trip to be honest. With the jet lag, the new environment, the new fans, this friend I used to have now being a guy I’m fighting, this new gear that makes me feel naked… it was just madness. But I started to feel my groove. I started to get in the zone, and that felt really good.”

Check out the complete Jon Moxley interview at NJPW1972.com.