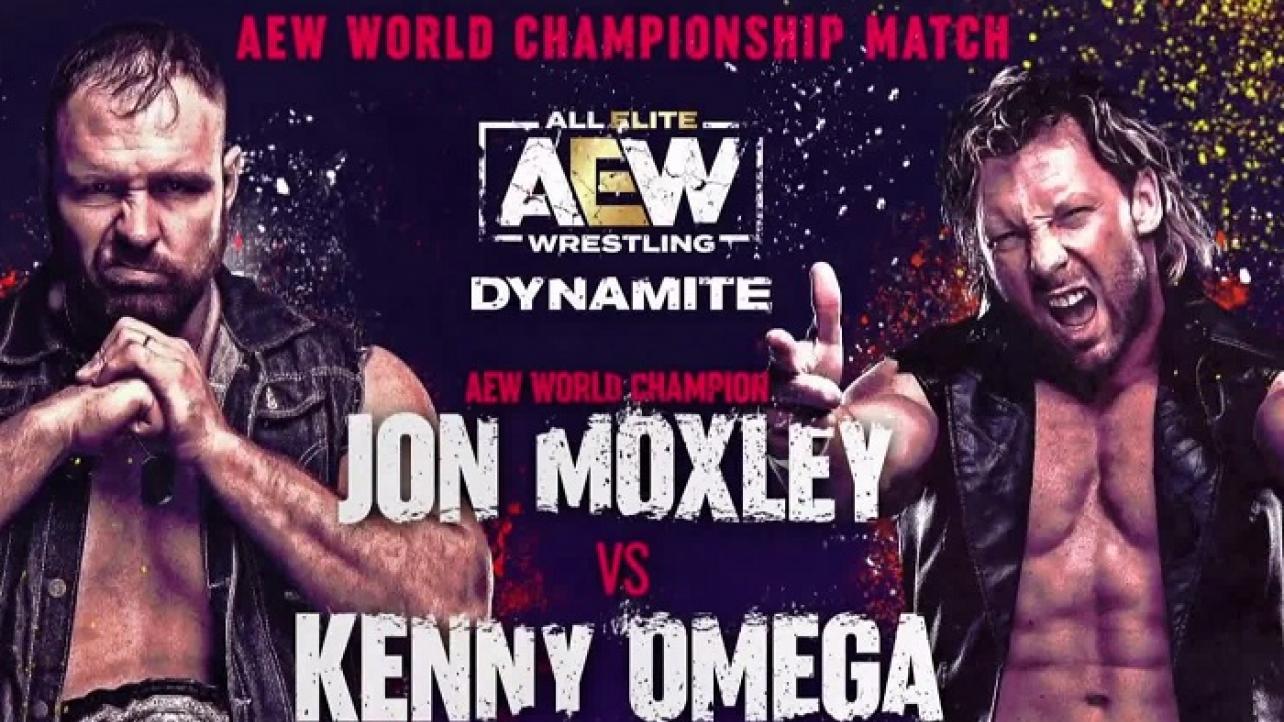 We have a date, location and event name for the next World Heavyweight Championship showdown in All Elite Wrestling.

During the post-Full Gear 2020 edition of the weekly AEW on TNT program, AEW Dynamite, the announcement was made that reigning, defending AEW World Champion Jon Moxley will put his title on-the-line against the new number one contender and winner of the recent World Title Eliminator Tournament, Kenny Omega, in just a month’s time.

The announcement was made that Moxley vs. Omega II will serve as the official main event for the Wednesday, December 2, 2020 episode of AEW Dynamite on TNT from Daily’s Place amphitheater in Jacksonville, FL.

Make sure to join us here at eWrestling.com on 12/2 for LIVE AEW Dynamite: Moxley vs. Omega II Results coverage from Jacksonville, FL!

“Beating Omega once is one thing. Beating Omega twice takes someone special, and that’s me” – @JonMoxley.
WATCH #AEWDynamite NOW on @TNTDrama. pic.twitter.com/Nx3qztv2PU