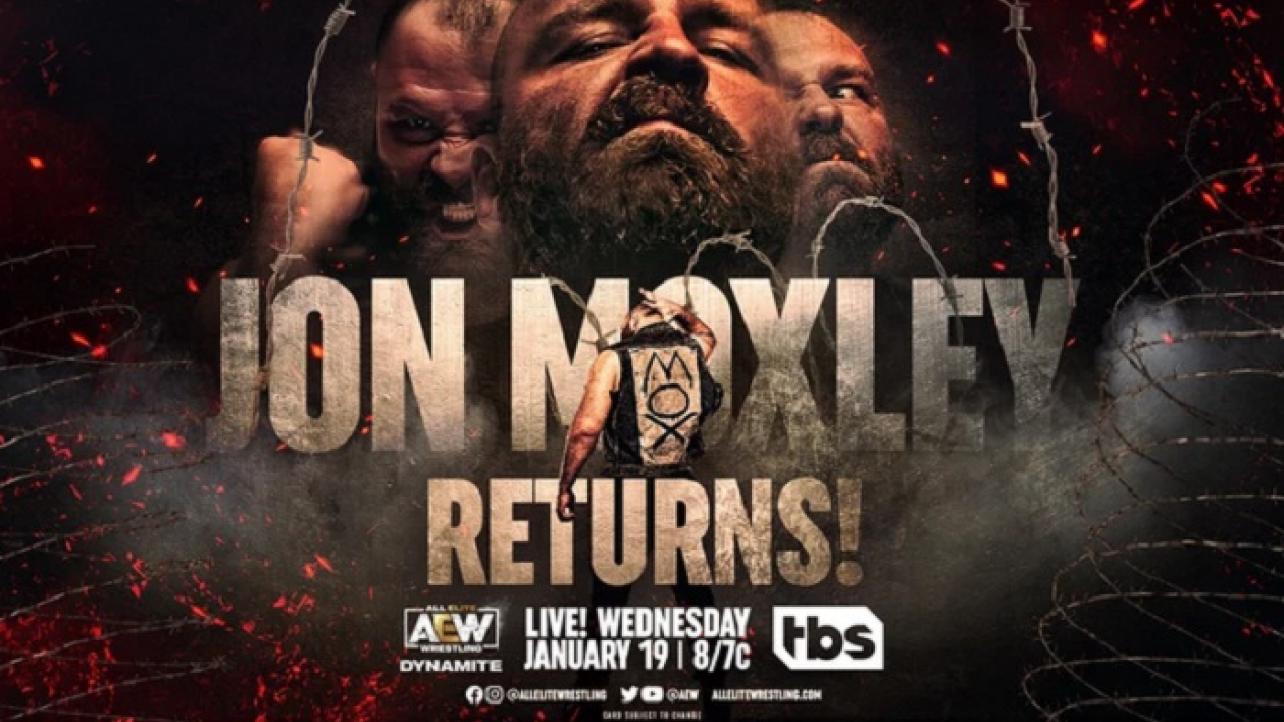 Mox is coming back.

Ahead of his in-ring return at the GCW: “The Wrld On” pay-per-view this coming weekend, Jon Moxley will make his long-awaited television return on AEW Dynamite on TBS.

Make sure to join us here at Rajah.com this Wednesday night, January 19, 2022, for live AEW Dynamite on TBS results featuring the return of Jon Moxley!