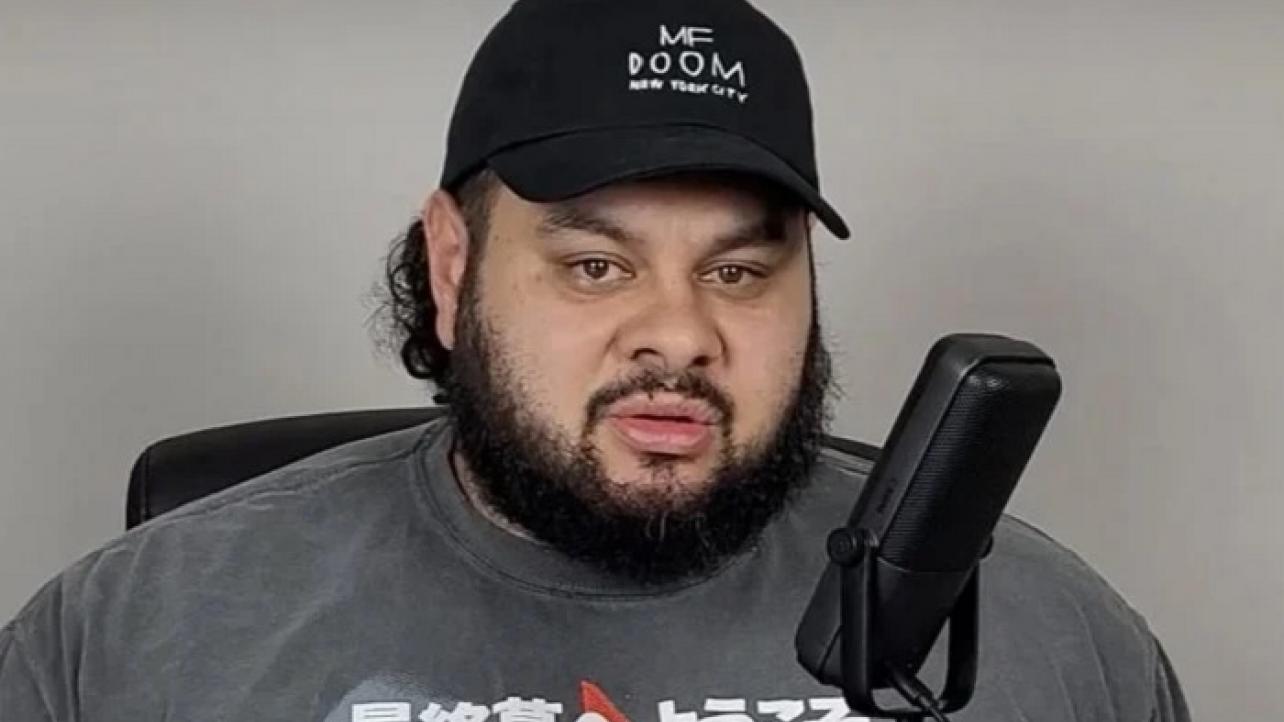 Jonah recently spoke with Forbes Magazine for an interview after being announced as the first entrant in the prestigious PWG Battle Of Los Angeles tournament.

During the discussion, the former NXT North American Champion previously known as Bronson Reed discussed the aforementioned PWG tourney, as well as his scheduled match against David Finlay at the NJPW Nemesis event, Darby Allin’s vignettes, Keith Lee and more.

On his match with David Finlay at NJPW Nemesis: “I think it’s going to be a helluva match. He’s somebody I’ve wanted to get in the ring with. I was lucky enough to work with his dad at WWE as a coach. And if he’s anything like his father, it’s going to be very hard-hitting. I think those sort of matches are what people want to see when people get in there and really bang with each other. That’s what New Japan is known for, so I wanna make sure that this is also another statement match. David Finlay is one not to play with, but I’m still going to get in there, get the job done and remain as a top dog.”

On his thoughts on being the first entrant in PWG’s Battle Of Los Angeles tournament: “It feels really good [to be named as the first entrant]. When I first got released from WWE there was a few things that I wanted to do. New Japan was on top of that list, and returning to PWG was definitely one of them as well. I’ve been in contact with them, and we wanted to make it something special and we thought Battle of Los Angeles is probably the best place to do it and what a better way than to be announced as the No. 1 entrant. I feel like I don’t feel as much pressure to be honest. I feel like people will place me as one of the odds-on-favorites, but it’s a different feeling. When I first did Battle of Los Angeles was my debut for PWG. I had never been there before, so it was a lot of pressure. I felt like I was representing Australia as well at the time. I also wanted to do well enough that Australian wrestling was seen and then from that it did open doors for guys like Adam Brooks, Robbie Eagles to actually come to PWG. So, this time around, it’s moreso beating up that new talent and showing them who’s boss.”

On the big men he admires in the business, like Keith Lee: “I’m a big fan of Keith Lee. Me and Keith Lee have been in the ring before, and I hope it’s something that actually gets to happen again now. Given the circumstances, we never actually got to tie it up in a WWE ring, so that’s something I’d like to see. I’m also a big fan, obviously with New Japan Strong, Hikuleo. I think he’s somebody people should be watching. When I first saw him wrestle—which was a couple of years ago—to what he is now, he’s just growing leaps and bounds. I think in another year’s time, he going to excel even more.”

On Darby Allin’s vignettes: “I’ve seen a few of his that he’s done, and I love that sort of stuff,” Jonah said of Darby Allin’s vignettes in AEW. Anytime you can mesh worlds within wrestling I think is when it’s sort of the best. I would always tell people that I helped coach back in Australia, or younger guys in NXT, not to take from other wrestling. If you see something out there and you take from that, that’s cool. But if you can watch a movie, and there’s something in a movie you’ve seen done in a movie that you haven’t seen done on a wrestling screen, that’s the best sort of stuff to take from and explore because then the wrestling world hasn’t seen it before. There’s so many things that can be done, shot-wise, to make a promo different. My only real judgment of my last few years with NXT is that I’d show up and every promo was filmed exactly the same way, exactly the same set behind you. Nothing felt inventive, and when you had that chance to maybe do something a little bit different, it was only few and far between. I think they did a good job with Karrion Kross and Scarlett, sort of having different stuff there, but everyone else is sort of in that same world. If you can make the characters in wrestling seem like they come from different worlds, and then they meet in the ring, I think that’s something that could be special.”