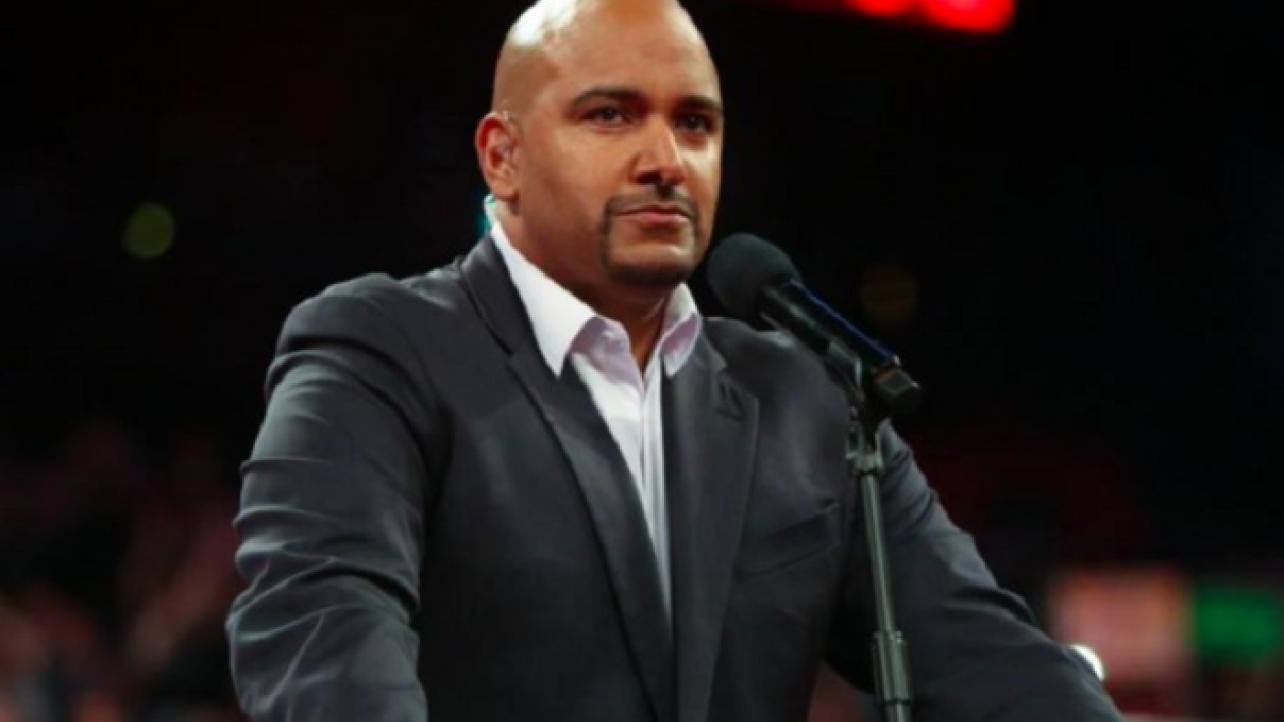 Jonathan Coachman recently appeared as a guest on Ad Free Shows for an in-depth interview covering all things pro wrestling.

During his appearance on the program, the CBS Sports analyst spoke about what went wrong during his second run in WWE, wanting to be a heel and more.

On what went wrong during his second WWE run: “I’ll tell you, this is one of the stories I wanted to get into. So when they called me to come back, I left ESPN. Part of the reason I left is because I wanted to do more golf. I’d been there for 10 years and I had done all the big shows that ESPN had, but yet, they wouldn’t give me the ball and run with it. So I was allowed to go back and do a couple things while I was at ESPN, and I started talking to the executives, and Michael Cole, like, ‘Man, we’d love to have you back. You can do this. Then we’ll let you do all this other stuff, because it helps us credibility wise.’ So they were okay with everything. This, I think, is one of the things that I just don’t get to this day about the way they operate at WWE, because it doesn’t have to be this way. They could do it a different way and have more positive results. So what happened was, I already had a deal to be the voice of the World Long Drive Tour. I’d already signed it. Well, the one thing I’m not going to do is go back to somebody and say, ‘Well, I’ve already signed this contract, but now I’m backing out.’ That’s something that I’ve never done, and I never would do. It’s bad business if you do because guess what bridge you just burned? That one. That was on Golf Channel, and that was part of the reason why I left ESPN. Okay, so I had five Mondays that I had to miss. Again, they knew all of this. This is not something that I sprung on them one week.”

On Renee Young (Paquette) replacing him and how he felt bad for her: “So I could tell after I missed the first one, and whoever filled in, I can’t remember, and then Renee filled in. I actually felt bad for Renee, because I know how hard it is to do that. After the initial, ‘Oh, she’s awesome,’ then came the venom. That’s the one thing I wish wrestling fans just would let go sometimes, Damn, it’s just a TV show. It’s entertainment. It’s two hours and then you go back to your life. It’s not life or death. So when they go on social media and they crush these people, it just doesn’t make any sense to me. For somebody like me who has other avenues I can take it. I’m good,” he said. “So I also believe this; I think at his core, I think Corey is a really good guy. I don’t think he ever wanted a three person booth. When I used to work with King and JR, we would actually work together and they would give me lines to say. You’ve seen some of the great stuff, like when Kane’s fire would hit and I would fall over backwards. We all worked on that. Corey just didn’t want to do that. He just didn’t want me there. You could tell by the things he would say. There was certainly a complete lack of respect for me being a veteran. For me having the time at ESPN. I certainly never walked in and said, ‘I’m taking this over. This is my space.’ I never did that. You could ask anybody. So every single week it just got more and more difficult to work with him and it was clear he wanted Renee because they’re very, very good friends.”

On how he wanted to be heel coach but WWE and Vince McMahon wouldn’t let him: “To be honest with you, I didn’t enjoy it. I wanted to be heel Coach. I wanted to bring that character back. Vince, again, this was him trying to take care of me, and this is where sometimes I wish they would just trust us a little bit more. Because of my time at ESPN, he wanted to protect that credibility and he felt like if I went back to talking trash, being a manager of somebody, they wouldn’t have the credibility on Monday Night Raw with me at the desk that I had and I would lose it from ESPN. None of the places that I work with, not even the PGA Tour, and you would think they’d be the most conservative — They don’t care if I do professional wrestling, because that bridge has already been crossed. I was the first one to do it. The reason it was so important is so that others could do both. So you wouldn’t walk into a room and say, ‘I want to do wrestling and boxing or wrestling and basketball,’ and somebody would tell you no. That’s why it was so important at that time for me to stay in both. To stay doing golf, to stay doing sports, while I was also doing Monday Night Raw, it was very, very important, because now you see with the AEW’s coming in, you’ve got to have guys that crossover. Whether it’s somebody like me, whether it’s The Rock, or Cena or Batista. You have to have guys that are bigger than your audience so you bring in other people. That shortsightedness is affecting them to this day.”

On his eventual removal from the announce team: “So I got a call after the fifth Monday and I could tell it was coming because I could just feel that Vince [McMahon] wasn’t happy with me missing — Understand, in 10 years from 1999-2008, do you know how many Monday Night Raw’s I missed In 10 years? One, and that was for my honeymoon. That was it and I even went to Raw the Monday after I got married. I didn’t even miss that one so I could then take a 10 day honeymoon. So I was as dedicated as anybody that’s ever been, I can promise you that. So to miss five times in a matter of six or seven months, they started acting like, I sprung it on them. Like, ‘Oh God, you’re not dedicated us.’ When I said, ‘I literally talked to you about it the day you called me and you said, Yes, this is very important for us too.’ So it completely change from that January until, I don’t even remember when they took me off, August or September.”