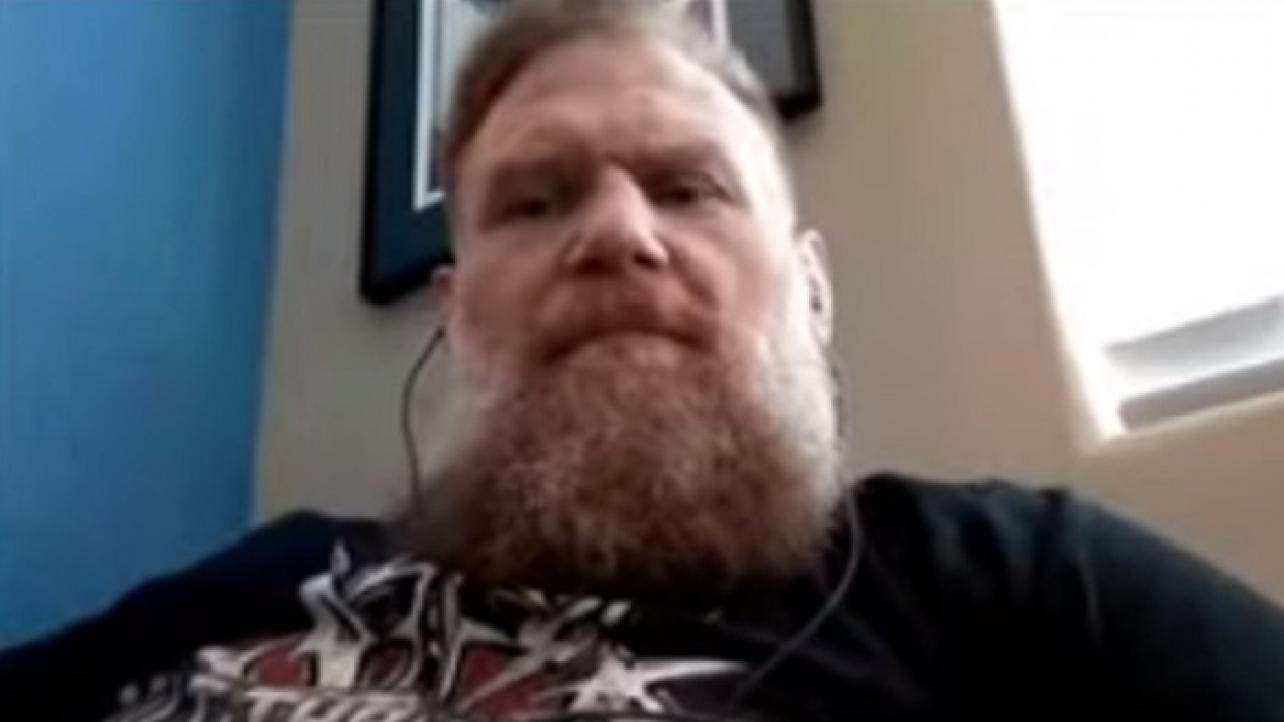 During his appearance on the popular pro wrestling program, “The War Master” touched on such topics as his thoughts on Bobby Lashley finally capturing the WWE Championship, whether or not WWE has ever offered him a job and more.

Featured below are some of the highlights of the new Josh Barnett interview on Rick Bassman’s “Talking Tough Show.”

On whether or not WWE has ever offered him a job: “Sure, let’s talk terms and as long as I get to keep doing Bloodsport on the side, we’re good. I have a relationship with Paul [Levesque] as it is because I’ve just got, as they say in the business, ‘my boys’ over in WWE so I talk to him, I talk to [William] Regal, I talk to those guys when needed. I trained Shayna Baszler from the ground up as a professional wrestler, and I manage her so I got her in the WWE. Both Jessamyn Duke and Marina Shafir are over there and then guys like Timothy Thatcher who I’ve worked with a lot, he’s also now in the WWE and there’s a few other folks who I’ve just had time a little bit with on the mat who I’ve worked with but they’re not maybe exactly my boys but I keep an eye on ‘em just to make sure they’re doing well and I’d love to steal even a few — I’d love to steal a bunch of ‘em actually to use for Bloodsport.”

On his thoughts on Bobby Lashley winning his first-ever WWE Championship on Raw this week: “I mean Bobby Lashley, come on. That guy, not only is he one of my boys, but the fact that he’s champion now only makes absolute complete sense to me because he is one of the best guys in that company and he’s tougher than sh*t in real life, he’s a solid fighter in real life, he’s great. I cornered him as he’s winning belts so it’s great to see him holding the belt in that WWE ring like he should.”

On his belief that Jessamyn Duke has untapped potential that WWE could capitalize on: “I mean, it’s really just up to her [if she wants to make it to the top of WWE]. She had her elbows fixed essentially so, years of training and fighting, debris and stuff like that in the elbow joints which that’s pretty common. So it wasn’t a very complicated surgery but they went in there and cleaned some stuff up and honestly, I think Jessamyn, even MMA to pro wrestling is one of those people of untapped potential and so I know and yeah, I’m bias, but I’ve seen not just under my eye in the gym but even in some moments out there of what I caught of her in NXT and doing stuff around that. She has some — this latent energy just waiting to get out and so it’s also a matter of what does she want to do with it and people need to understand that you can be really talented at something and also decide that that’s — I don’t wanna go down that path to that degree because it doesn’t — it’s not as fulfilling as I hoped it to be, even though the talent is there, so whether you choose to go that way or not, just be true to yourself so, she just needs to figure out how to allow that to happen and it’s not easy in an environment like the WWE because there’s a lot of cooks in kitchen all the time and it can be tough to know where you can have that freedom to do what you need to do, and I think that if she really wants to rise to the upper echelon, she could do that for sure. She’s got a great look and she has tons of talent that she could put on a display and as a person, she’s a very lovely, caring, a very goofy individual who has a great heart.”

Check out the complete interview at LaunchPadDM.com. H/T to PostWrestling.com for transcribing the above interview quotes.