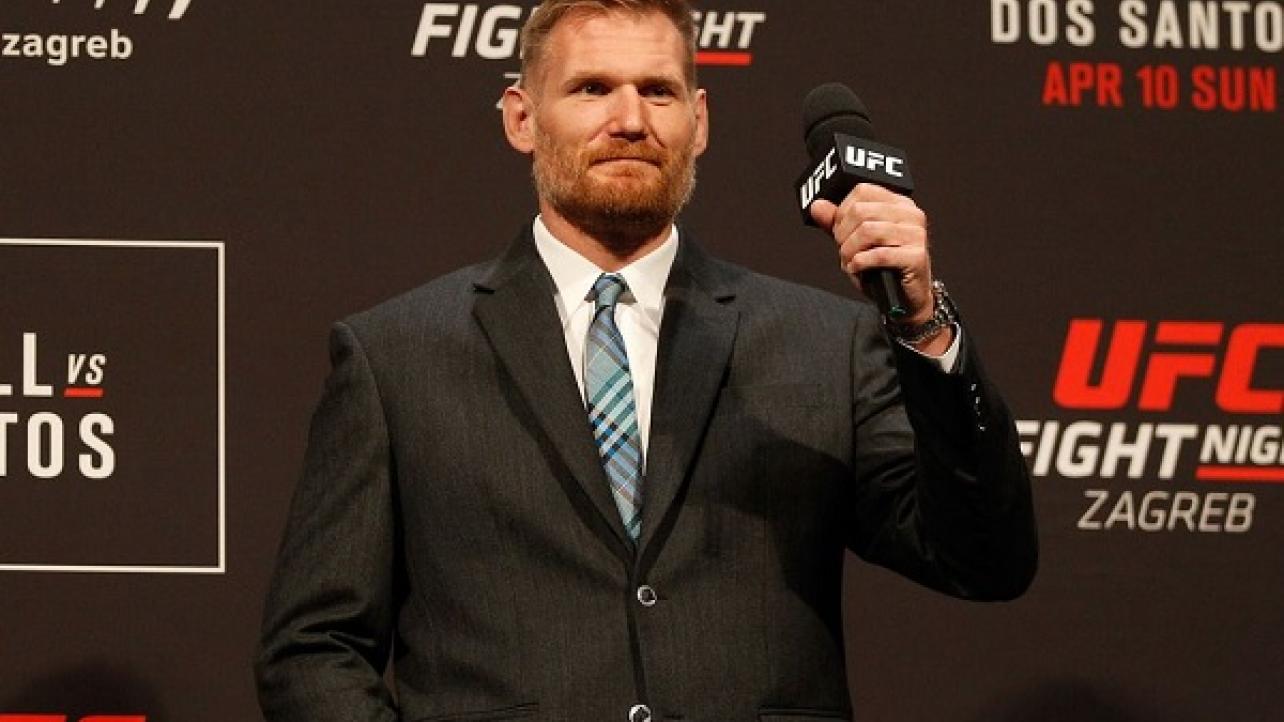 New Japan Pro Wrestling (NJPW) announcer and former UFC Heavyweight Champion Josh Barnett recently spoke with the folks at ESPN for an interview. Featured below are some of the highlights.

On Ronda Rousey’s potential in WWE: “If she’s passionate about it, and serious, her judo background gives her a great starting point. She already knows how to fall, how to throw other people, and move and throw. She’s already an incredible athlete. If she loves wrestling, really wants to be a student of it and make a go of it, I wouldn’t be surprised in the least that she could be a great wrestler.”

On telling a story in the ring with a wrestling match: “Wrestling is difficult — it is not just about doing moves and running around, and creating high spots. It’s so much more subtle than that. I think that you can get by doing stuff to make the monkey toy clap [the cymbals], so to speak. But that’s not going to hold [the audience’s] attention forever. To learn how to tell that story is difficult.”

On his first NJPW match: “It was the first match I ever had, and it was obviously a big one. Walking out there in front of 40,000 people … it didn’t really cause me any anxiety or anything, but man, it was some kind of rush.”

Check out the complete Josh Barnett interview at ESPN.com.