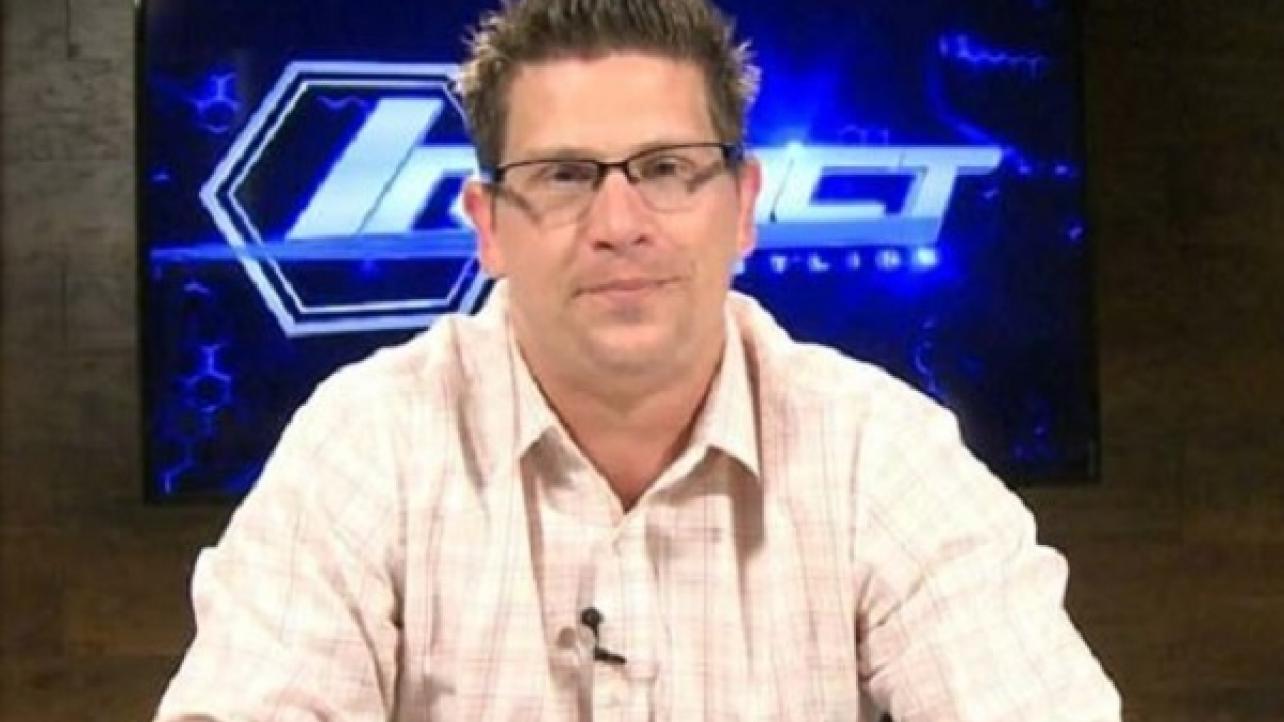 Impact Wrestling announcer and former WWE announcer Josh Mathews recently appeared as a guest on the Not Sam Wrestling podcast for an in-depth interview with Sam Roberts. Featured below are some of the highlights.

On learning from Kevin Dunn, John Laurinaitis and others during his time as announcer for WWE: “Being on a plane with WWE, or being in meetings with them and seeing them work. I learned so much from Kevin Dunn, where no matter what you do the answer is always yes. When it comes to work the answer is always yes and you just figure everything out as you go along, which is always my take. My wife always tells me, ‘When are you going to tell them no? What else do you do? When is your plate going to be full?’ But to me, the answer is always yes and we will figure a way out to do it, which is working until midnight, which I did last night, or just pushing through everything to get it done, and that is my mentality, and it truly is because of my time there. That was my education where I was younger. That was my master course in television and the way they do things and I will always be grateful for the way I was taught and just as a grown up to own the responsibility maybe aren’t your fault sometime, but as John Laurinaitis once said, you have to eat s**t and you just deal with it. I got a promo cut on me the other day about something that happened in North Carolina that I had nothing to do with and I just listened and said, alright, we’ll fix it. We’ll get it right next time and you move on and you try to do better the next time.”

On his current role in Impact Wrestling: “I think my official title is VP of Digital Content, but when I signed that deal that was all I was doing, but it was every digital platform, which was: Facebook, YouTube, Twitter; I was handling all of them. As the company has grown thankfully with Anthem coming in other people have come in and taken over some of those roles so I sort of morphed into marketing, so the only department that I don’t touch is creative, but Sonjay Dutt, who is the Creative Director and works with a great creative team with Scott [D’Amore], Don [Callis] and Jimmy Jacobs, Sonjay and I talk roughly 400 times a day, so after they get done meeting creatively he and I will discuss what our marketing hook is for every angle on the show and I work with graphics.

“Our Graphics Designer is in the UK, so he is about four hours ahead right now, so my day starts at about 4 a.m. with him going through graphics and going through different things because his day starts at 9 a.m., and then with Kevin Sullivan, who is our Vice President of Production, the three of us will discuss and go through things. That is one aspect of it, but I think we have the best graphics in wrestling. Compared to Ring of Honor’s graphics, or even WWE, I think we have the most compelling graphics for promoting matches and things like that. Marketing for the pay-per-views and for the shows and talking with the Network, so during the course of the day I forget what I am doing, it’s like, okay wait, I just got done working on this new t-shirt but now I am having a conversation about what our VIP is going to look like for ‘Homecoming.’ It’s like, okay now I need to go do voice overs by noon for the show, it’s like a very organized chaos.”

On enjoying the type of work he has in Impact Wrestling more than the role he had in WWE: “But I must say, I don’t think I have any other way because I don’t think I can do just one thing, because in WWE it was like, okay, you are the announcer or the backstage interviewer, which has got to be the worst job in the world because you have to sit around all day and holding a microphone to say what are your thoughts and then blankly stare-off as they walk away. That is their role there, right? That kind of gets boring, and then doing the shows you are busy all day, but then when you get home you have idle time and idle time isn’t good for someone like me. I wake up every day and grab my laptop and sometimes my wife will say, ‘Hey, it’s 1 p.m., you haven’t eaten, so you have to stop now and grab some lunch,’ so it’s just fun sometimes.”

Check out the complete Josh Mathews interview from the Not Sam Wrestling podcast at NotSam.com.