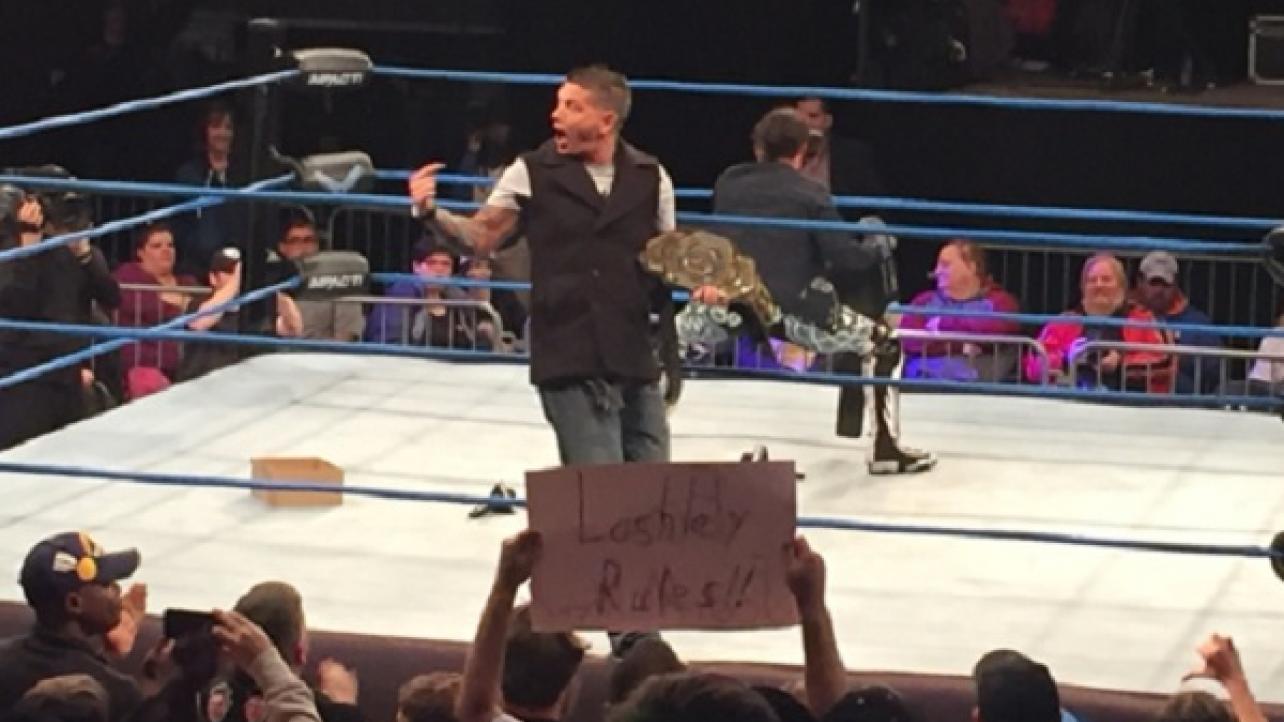 On first finding out that Jeremy Borash was leaving Impact Wrestling to sign with WWE: “I saw somewhere online that it was reported that we re-voiced stuff that ‘JB’ and I had already done, which wasn’t true. Our next video session, when we found out that Jeremy was leaving the company was like three or four days later and we had time to come up with a different game plan, and come up with what the right decision was going to be. There was a lot of different opinions, a lot of different thoughts, and I think the final decision was the best one they could have made. Sonjay [Dutt] came here and did great. And now we have that situation in place.”

On how important Borash was to Impact and what his exit meant: “I mean, important, sure. I think that– everything is moving at the speed at which it was moving before Jeremy said he was leaving, I guess is the best way I could put that. There’s no hitch, there was no glitch, everything’s just smoothly running as it were if he were still here or not here.”

On whether or not Borash’s departure affected his job with the company: “No, it didn’t. The stuff that I do stays the same, stayed the same, doesn’t change. I wish him nothing but luck and success down there, it’s a different beast. But as far as what I do, nothing was affected other than switching back from color commentary to play-by-play announcing, which is what I have been doing for fourteen years.”