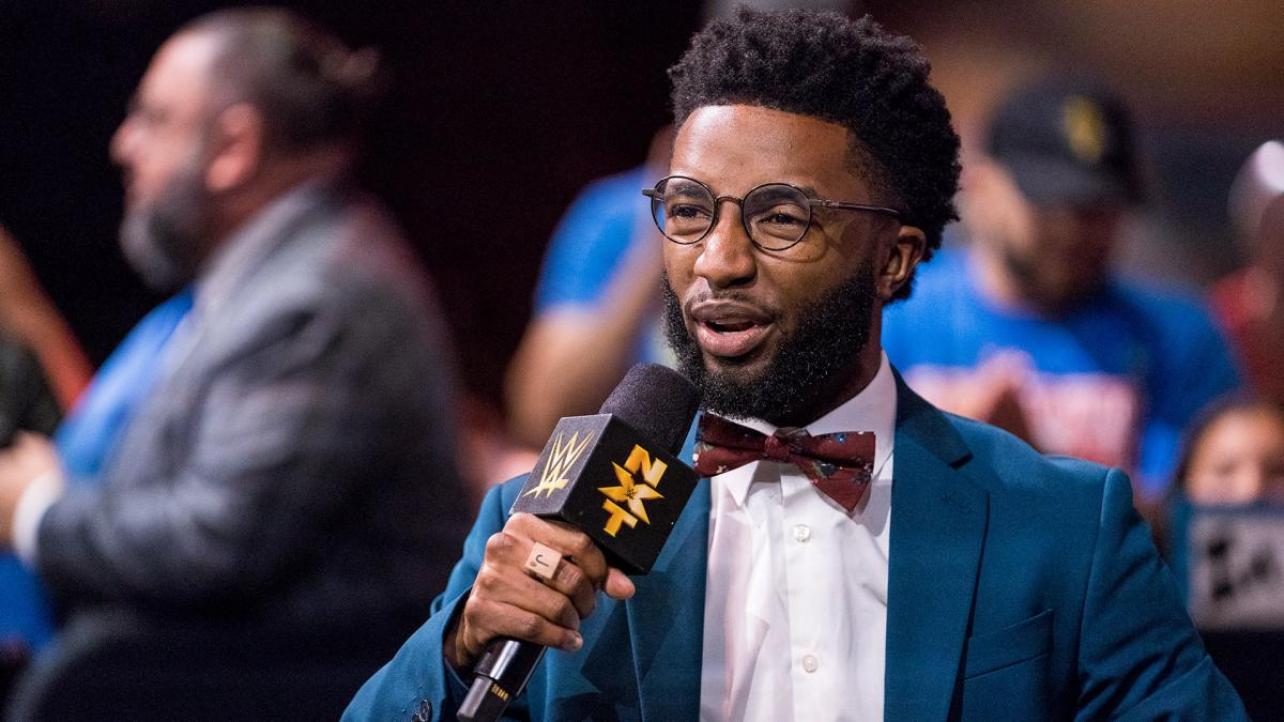 Josiah Williams Opens Up On His WWE Release

Earlier this week, Josiah Williams sat down with the host of the Pro Wrestling For Life podcast, Sean Waltman.

During his conversation with the WWE Hall of Famer, Williams discussed his working relationship with Triple H, receiving his release from WWE, and more. Check out his comments below.

On his first and last interactions with Triple H:

“My first interaction with him was two or three months before I got hired, and they said, ‘Hey, introduce yourself’ and he’s like, ‘No, I know who he is. I’ve seen his videos.’ And I was like, ‘What!’ So I always remembered that, and I’m like, okay, if he remembers what I do, I want him to see my best and I want to be able to give my best. We had a few opportunities to collaborate… The last one was ‘Takeover: Vengeance Day’. I did just another thing promoting the event and either Road Dogg or somebody saw it and was like, ‘Well, why isn’t this the cold open for the show?’ And within two hours that’s what it was. So we did that and Cameron Grimes’ new song on the same day, and it’s crazy because in the world of wrestling at 3:00, if you get told something, you go do it, and you have to have it back before 6:00, or whatever it is. But I’m like, nope, I’m gonna make this work. So there were some really cool opportunities, and I think that the world of music in NXT is going to continue to expand, especially with people like Alicia Taylor around, Rick Boogs Beth Phoenix, there’s so many people who have musical interests and have experience in music that NXT is just gonna go crazy.”

On receiving his release last May:

“As soon as the guy told me, ‘Hey, your position has been terminated,’ now I have to figure out what’s next, no pun intended or pun intended, whatever,” Williams said. “And I realized also, I have to get my work out in front of a bunch of people, one. I have to be able to explain what I did, two, because I think there’s this idea of, okay, that’s the guy in NXT. That’s Josiah… That’s Wrestle & Flow, whatever, but we don’t exactly know what he did because so much of what I did was behind the scenes. Okay, so let me tell you that I produced, filmed, directed and cut a TV show. Let me tell you everything that I did, but also, I want to be able to show that I’m staying positive, that I’m ready for whatever is next and if I don’t get a call back from this place, I’m looking at all these other places. I’m ready, absolutely, 100% ready … I’m somebody who believes that God has a plan for each and every one of us. So there could be that possibility of what if professional wrestling is not in the plan moving forward? It’s just part of the journey.”

Josiah Williams Opens Up On His WWE Release