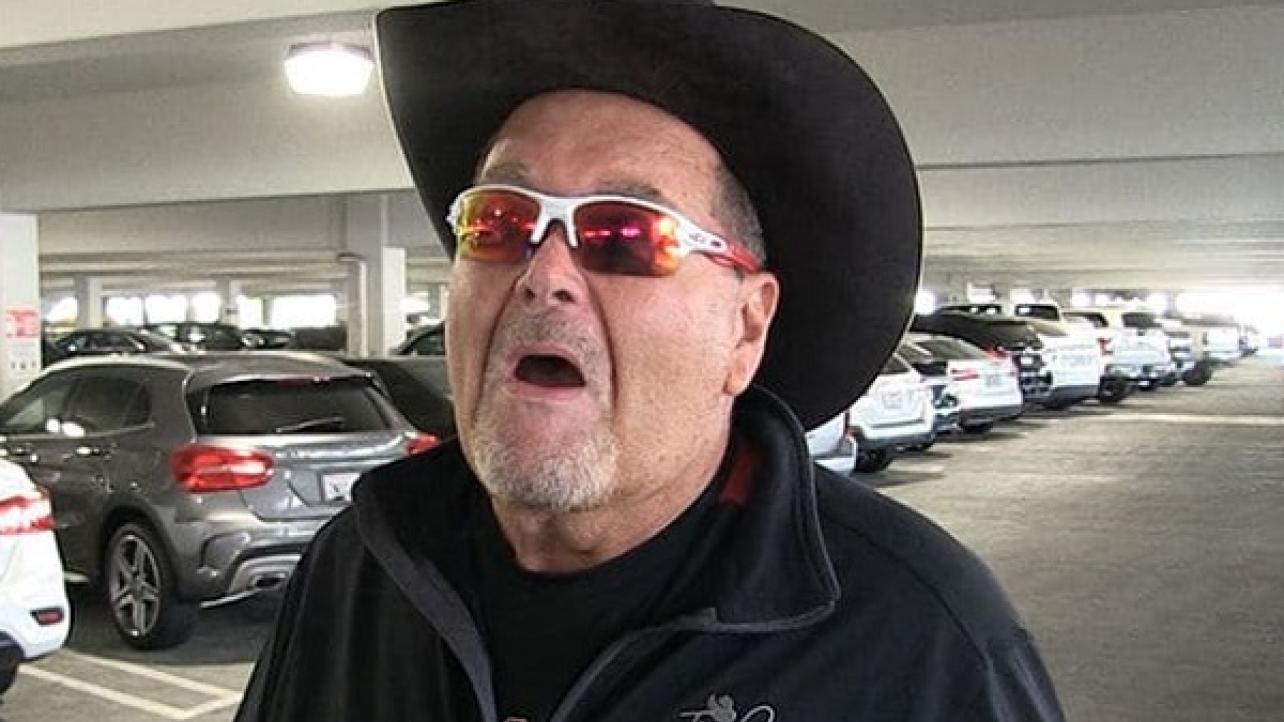 JR On Cody Being Treated Different If He Returns To WWE: “I Don’t Have An Answer”

WWE Hall Of Famer Jim Ross recently joined Bully Ray (Bubba Ray Dudley) and David LaGreca as a guest on Busted Open Radio following the big ALL IN event and Starrcast weekend in Illinois. Featured below are some of the highlights from the interview.

On if he thinks Cody Rhodes and The Young Bucks will work the ROH/NJPW G1 Supercard event at Madison Square Garden during WrestleMania 35 weekend: “No, I don’t think so. I don’t have anything concrete to base that on other than my gut instinct. My gut instinct is no. There’s too many big, big dollars that are possible to obtain. Cody has to start a family, probably will some day. Money is big in this delicate business. Bubba [Ray Dudley], you’re a f’ing tank. You don’t get hurt, but everybody ain’t like you. Some of these guys can’t even tie their shoes nowadays and they need to save their money. So I’m hoping these kids will learn from some of their peers and predecessors. Hey I can have my run and sell a bunch of T-shirts, but the bottom line is I gotta have a bunch of money in the bank.”

On if he thinks Vince McMahon would treat Cody Rhodes any different if he were return to WWE: “I don’t have any answer for that. That’s a very good question, but I’m saying there may be other players in the game that we are not aware of at the moment that may end up making it a very interesting picture in 2019.”

On if he thinks Cody Rhodes and The Young Bucks will ‘start their own thing’ when their contracts expire: “Could happen, but you still gotta have two things: talent and television to make it work, and a lot of work and lot of capital. But I think there’s room in the marketplace for a television show on a major network, not an ABC type, but a cable network. If you do it right and you go back to the basic principles of wrestling with young talents. You got a chance.”

Check out highlights from Jim Ross’ appearance on Busted Open Radio below.

“There may other players in the game that we are not aware of at this moment, that may end up making it a very interesting 2019.”@JRsBBQ speculates on the future of Cody and the Young Bucks.
Full interview on our YouTube channel soon!@davidlagreca1 @bullyray5150 pic.twitter.com/7Qwbf5WUrV

JR On Cody Being Treated Different If He Returns To WWE: “I Don’t Have An Answer”