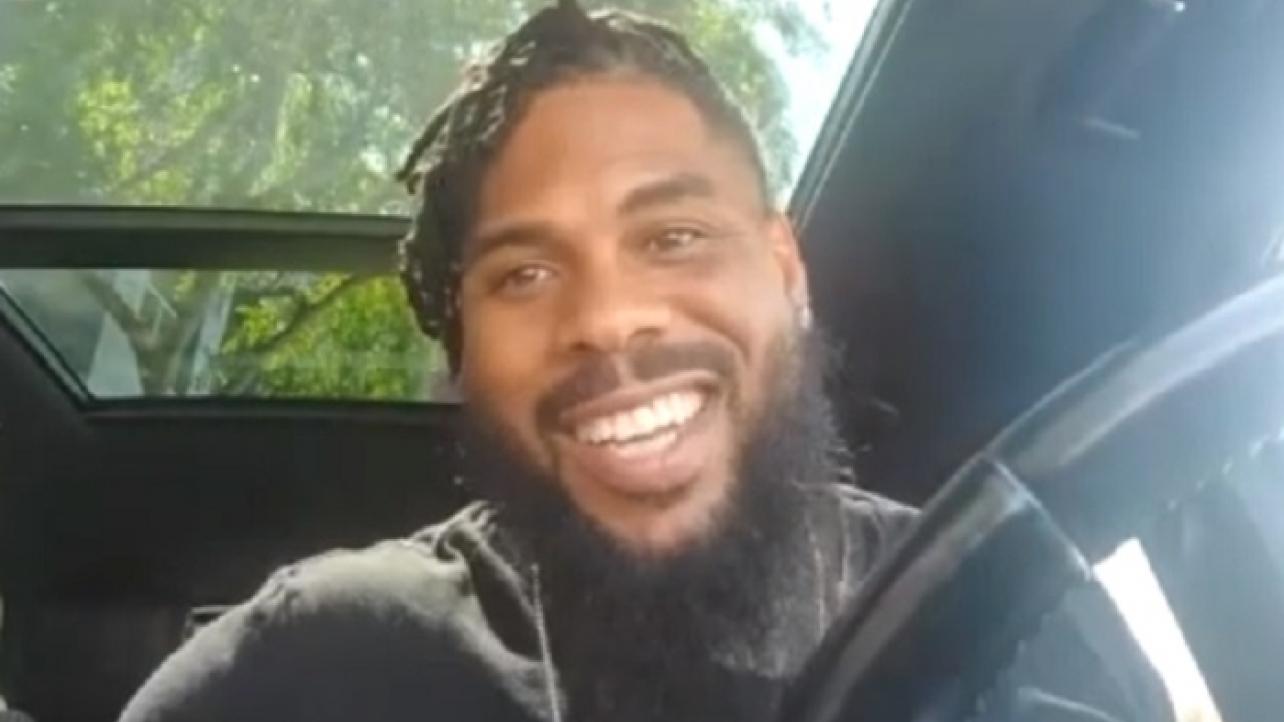 JTG Talks About WWE Scripting Promos For Cryme Tyme, Wanting Them To “Flip The Stereotype” (Video)

JTG recently appeared as a guest on Wrestling Inc. Daily for an in-depth interview with Nick Hausman about his time as one-half of Cryme Tyme along with the late Shad Gaspard during his days in WWE.

During his appearance on the popular pro wrestling podcast, the former WWE Superstar spoke about how the company wanted Cryme Tyme to “flip the stereotype” with their portrayal of the over-the-top characters, how they had trouble scripting promos for the two and reflects on the storyline where the team stole Lita’s belongings and sold them to the WWE Universe.

Featured below are some of the highlights, as well as a complete video archive, of the new JTG interview from the Wrestling Inc. Daily podcast.

On how WWE wanted Cryme Tyme to flip the stereotype: “I definitely understand. It definitely wouldn’t have flied in 2021, but during that time, the way Vince explained the gimmick to me, it made a lot of sense. I thought we were going to do something positive, because what he wanted to do when he first explained to me in our first meeting, he was like, ‘I want to take this thug image, the image that you guys got, and I want to flip it. When people see the stereotype, you know, they grab their purses or they check for their wallet. They feel intimidated. What I want you guys to do is when you guys come out be always smiling, be always having a good time. We’re going to flip that thug image so that when they do see you guys, you’re still going to do heel-ish things but you guys are babyface. When your music hits, little kids and people are dancing and having a good time in the audience.’ And that’s what we did. We over exaggerated the stereotype. We had fun, and when we did steal, we’d offer it back to the crowd. It was so engaging with the crowd. We had the look, we had the charisma, but Vince pretty much structured it properly so it made sense for the platform.”

On the angle where Cryme Tyme stole Lita’s belongings and sold them to fans: “The Lita thing, that was fun. It wasn’t our idea. We just came to the building in Philadelphia, and he was like, ‘Lita’s retiring tonight. You guys are going to steal her stuff and sell it off to the fans.’ We were like, ‘Wait what? Alright. Is Lita okay with that?’”

On the writers having difficult times scripting promos for the team: “It was hard for the writers to write Cryme Tyme because of our slang, and how we like to have fun with words, so we pretty much did our own thing out there. [The writers] would go to the Urban Dictionary or like, Slang.com or something like that. Like, ‘Is it cool to say this?’ ‘No, we can’t say molly wop. The kids are not saying that today.’”

Check out the complete interview below, or by visiting WrestlingInc.com.

JTG Talks About WWE Scripting Promos For Cryme Tyme, Wanting Them To “Flip The Stereotype” (Video)