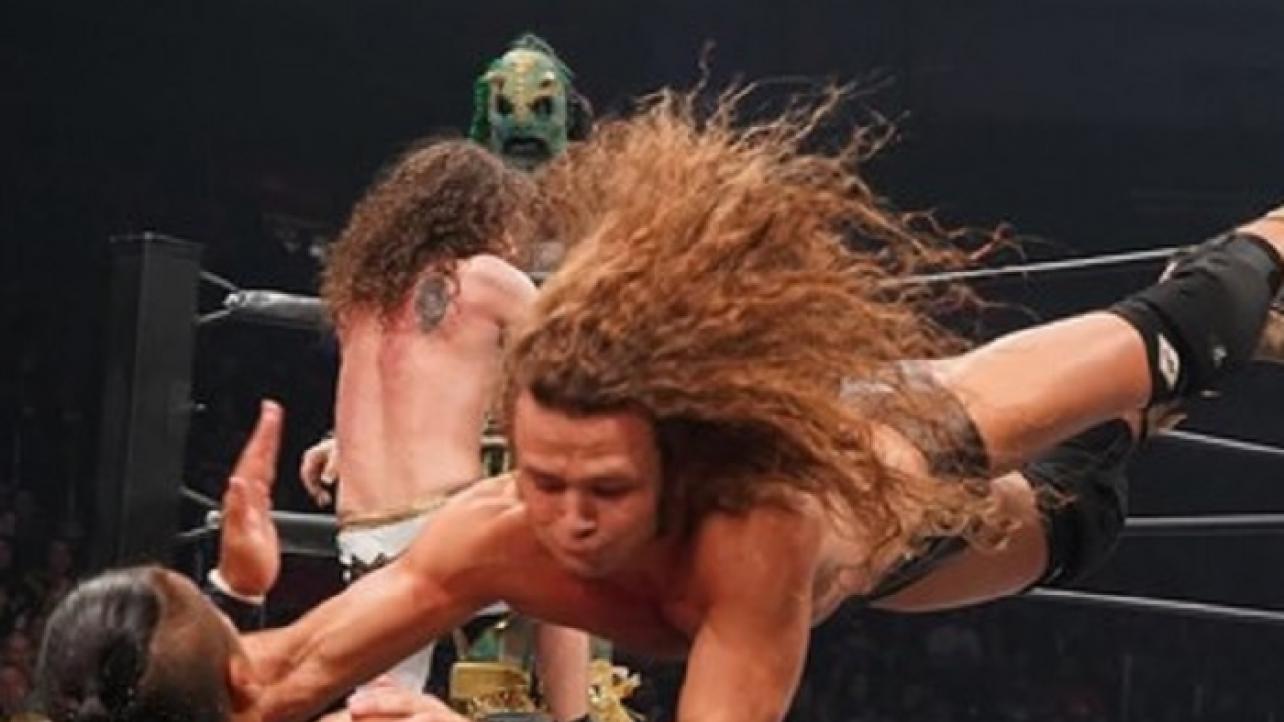 As noted, Jurassic Express recently appeared as guests for an in-depth interview on the weekly AEW Unrestricted podcast hosted by Tony Schiavone and Aubrey Edwards.

In addition to the highlights we have posted from the interview previously here on the website, the podcast also featured Jungle Boy sharing an interesting story explaining why he credits former WCW World Champion and actor David Arquette with giving him the confidence to hit suicide dives in pro wrestling matches.

“David, I met about a year and a half before I got signed and right before my Indie career really got going. He and my dad were good friends and he just got a ring in his backyard. He had the documentary come out and was training at his house. He told me anytime I wanted to come by and use the ring, feel free. David lived like 10-15 minutes from me, so I was in the ring all the time. Here’s a funny story; I do a suicide dive in like every match. David Arquette taught me how to do a suicide dive. I was really scared to do it because I always imagine my feet getting stuck and eating sh*t on the floor. He was wearing this gold chain, not wrestling clothes at all, and was like, ‘F*ck it, I’ll do it.’ He runs and just dives on the ground. He gets up, his nose is bleeding, he ripped his chain because he ate sh*t. ‘F*ck it, I’ll do it again’ and he did like four. ‘It’s not that hard.’ I got it the first time and it wasn’t that hard.”

Check out the complete Jurassic Express interview from the AEW Unrestricted podcast at Apple.com. H/T to Fightful.com for transcribing the above Jungle Boy quote.