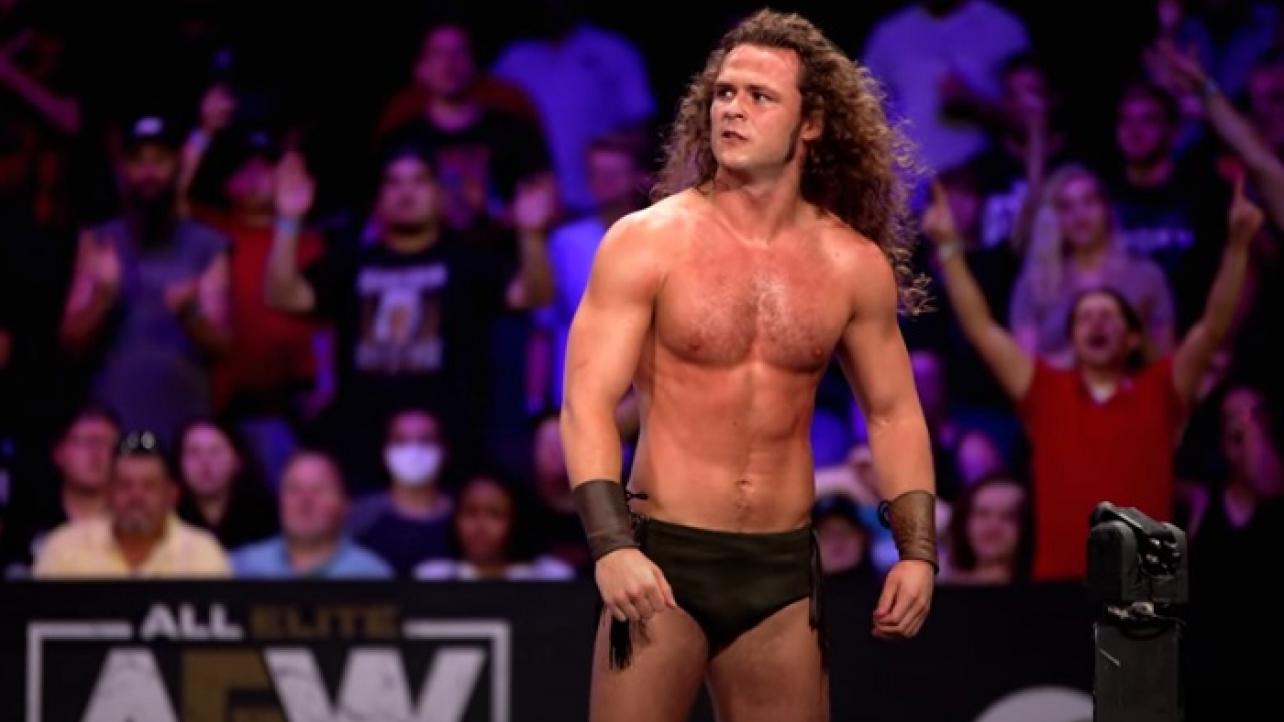 It looks like a recently released WWE Superstar is on the radar of one of AEW’s hottest young stars.

As noted, Jungle Boy of the Jurassic Express trio in All Elite Wrestling recently appeared as a guest on the Oral Sessions with Renee Paquette podcast for an in-depth interview.

During his appearance on the popular program, Jungle Boy spoke about wanting to have a showdown inside the squared circle with former WWE Superstar Jake Atlas.

“My best friend actually, his name’s Jake Atlas. He just got laid off this last round of layoffs, and so far I’ve had some of my best matches of my career with him, a lot of those being on the indies, so I think for me it would be cool to do that again on a bigger stage maybe. Fingers crossed.”

Check out the complete interview at Spotify.com. H/T to Wrestle Talk for transcribing the above quotes.