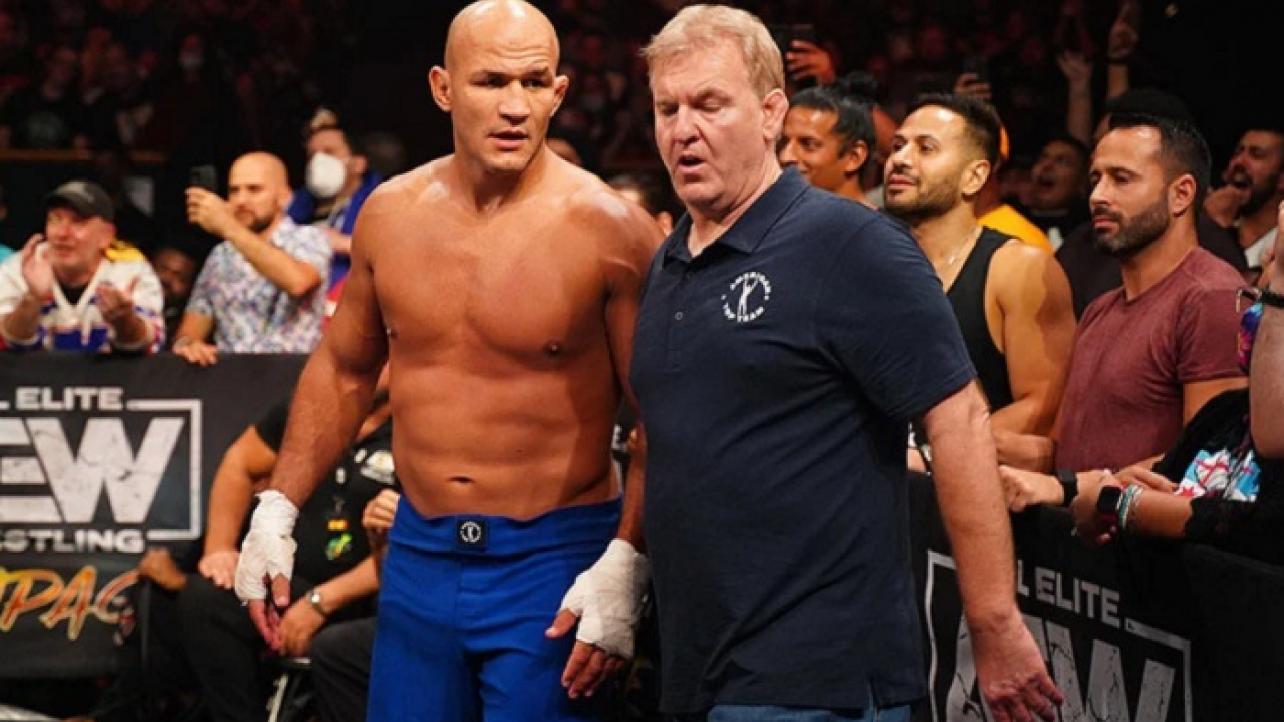 Junior Dos Santos Looks Back On His In-Ring Debut In AEW, Table Spot With Jake Hager

UFC Heavyweight legend and new AEW star Junior Dos Santos recently appeared as a guest on The MMA Hour with Ariel Helwani for an in-depth interview.

During the discussion, the American Top Team member spoke about his AEW in-ring debut from last week and more.

Calls his AEW in-ring debut a great experience: “That was a great experience and I’m very happy. Dan was the guy who introduced me to that world. He brought things from that world a little more close to me. I knew it, but I wasn’t really following it. As soon as I started to travel to the shows, I said, ‘Whoa, these guys go for real. This can hurt very very bad,’ and they are well prepared for that. I felt like, ‘Man, I gotta do this.’ I told Dan and luckily we got a great chance for our debut.”

Talks showing a different personality in AEW: “I’ve been learning a lot in my career and my life. I’ve always been the nice guy, nice to everybody, but there are some people out there that don’t deserve me to be nice to them. They will turn their back on you whenever they have the chance. The thing is, I like being nice, but I have to be more cautious about who I’m going to be nice with. I like bringing the bad side as well in pro wrestling because it brings me some kind of comfort. I was feeling so excited for this debut. A long time, I wasn’t feeling the MMA world because it was a lot of pressure on me and people demanding things all the time and not caring about you. Now, I was there and I was being appreciated to be there. I felt amazing and it was something I felt at the beginning of my career and the middle of my career when I became champion and it’s great to be feeling it again.”

Says his table spot with Jake Hager was a hard one: “That was a pretty hard one. It was a great experience. Jake Hager is a great guy, a great wrestler and fighter, very well prepared. We did what we were supposed to do. I’m looking forward to having my turn to throw him on the table.”

Junior Dos Santos Looks Back On His In-Ring Debut In AEW, Table Spot With Jake Hager