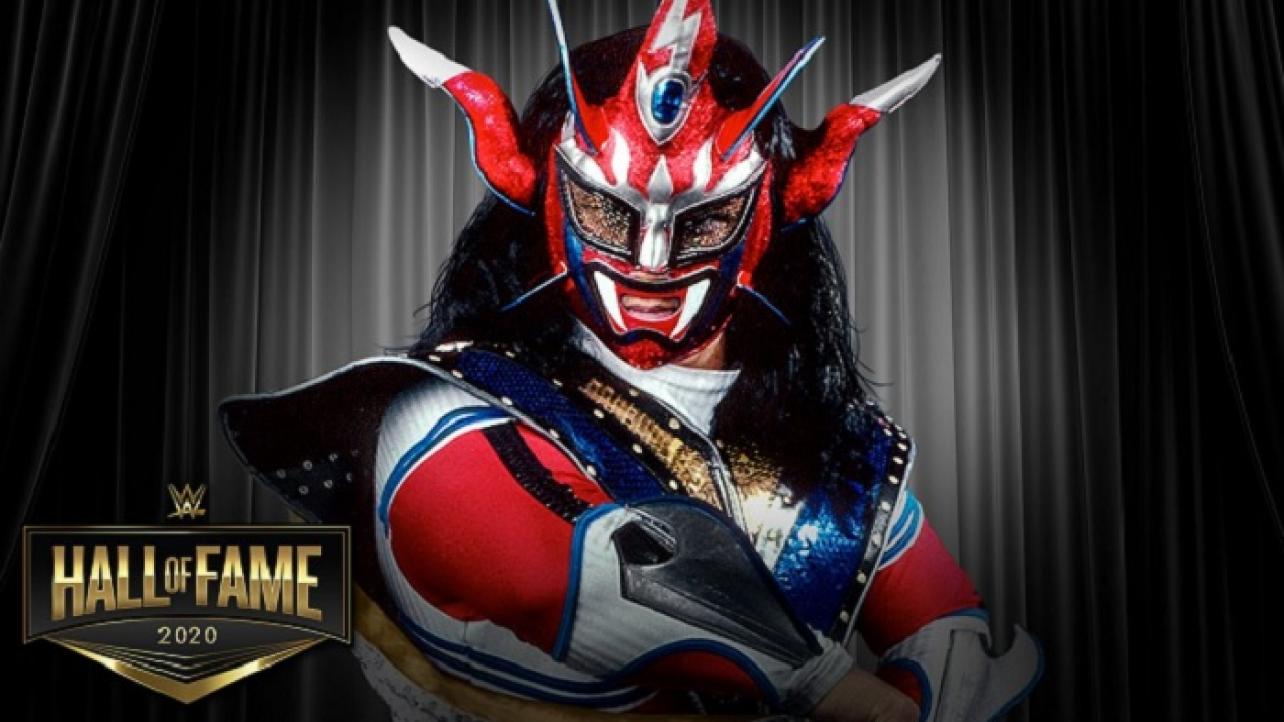 WWE officially confirmed today that Jushin “Thunder” Liger is going to be inducted into the WWE Hall of Fame, Class of 2020. He joins Batista, the nWo, the Bella Twins, British Bulldog and JBL as those announced for this year’s class.

BREAKING: @Liger_NJPW is the latest inductee in the @WWE Hall of Fame Class of 2020, as first reported by Tokyo Sports! #WWEHOF https://t.co/GuFzfPJbFU pic.twitter.com/HmNtPwsRWY

Jushin “Thunder” Liger, one of the most revolutionary competitors in sports-entertainment history, is the latest inductee in the WWE Hall of Fame’s Class of 2020.

Liger joins Batista, nWo members Hulk Hogan, Scott Hall, Kevin Nash & Sean Waltman, The Bella Twins, JBL and The British Bulldog in the Class of 2020. They will take their place in history during the 2020 Induction Ceremony on Thursday, April 2, at Amalie Arena in Tampa, Fla.

The masked marvel emerged in Japan in the late 1980s, enchanting fans from the moment he emerged from the curtain, clad in a dazzling red-and-white body suit and a striking mask with three protruding horns. But as impressive as he was on first glance, Liger was even more remarkable once the bell rang. Inside the ring, Liger was an innovator in every sense of the word. His high-flying, hard-hitting style has influenced generations of competitors, and is credited as the inventor of the Shooting Star Press.

Liger made his way to the United States in 1991, arriving in WCW and engaging in an epic rivalry with Brian Pillman over the WCW Light Heavyweight Championship, the precursor to the Cruiserweight Title. Liger and Pillman’s incredible bouts are still talked about to this day as some of the most influential in sports-entertainment history.

Liger appeared for WCW sporadically throughout the 1990s, taking on competitors like Rey Mysterio and Dean Malenko. Meanwhile, in his home country of Japan, he established himself as one of the greatest competitors of all time, becoming an 11-time IWGP Junior Heavyweight Champion, even after a brain tumor almost took his life. He went nearly four decades without competing in a WWE ring, until he made his WWE debut at NXT Takeover: Brooklyn in 2015, defeating Tyler Breeze in a battle that brought the NXT Universe to its feet.

Jushin “Thunder” Liger retired in January, making him a grappler with the distinction of having competed in five different decades. And now, he will add another incredible accolade to his résumé: WWE Hall of Famer.