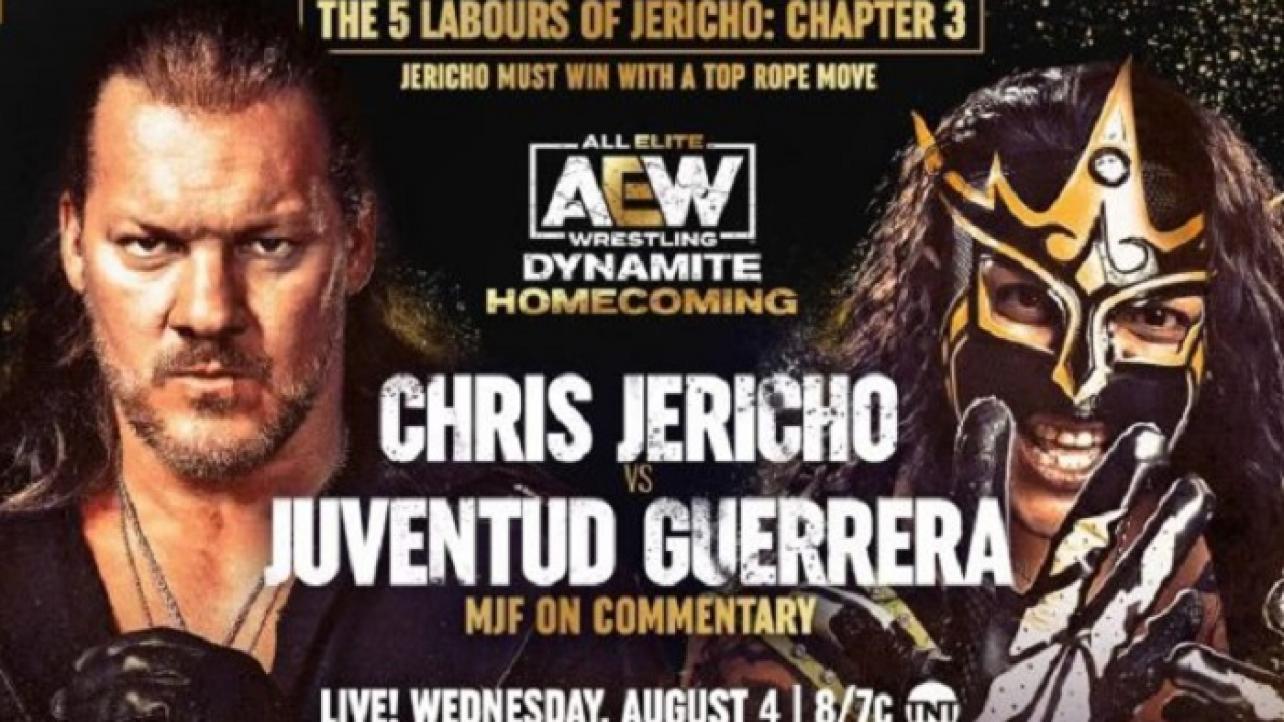 “Le Champion” better be ready for “The Juice” at next week’s AEW Dynamite: Homecoming show.

Ahead of their labor of Jericho number three bout at the show scheduled for Wednesday night at Daily’s Place in Jacksonville, Florida, Juventud Guerrera took to social media to hype the big showdown, which must see a top-rope move used to earn the victory.

He wrote the following:

“has to hit a top rope maneuver in order to win … against #TheJUICE ! Collision symbolTangerine HaHaHa #HappyFriday. #JERICHO You Won’t Have It EasyVolcano…WAIT FOR IT.”

In response to the tweet, the leader of The Pinnacle, MJF, wrote:

Check out the aforementioned pair of tweets from MJF and Juventud Guerrera via the posts embedded below.

I may be labour number 5.

Because you aren’t getting passed the Juice!!! https://t.co/M83pbJcRKG