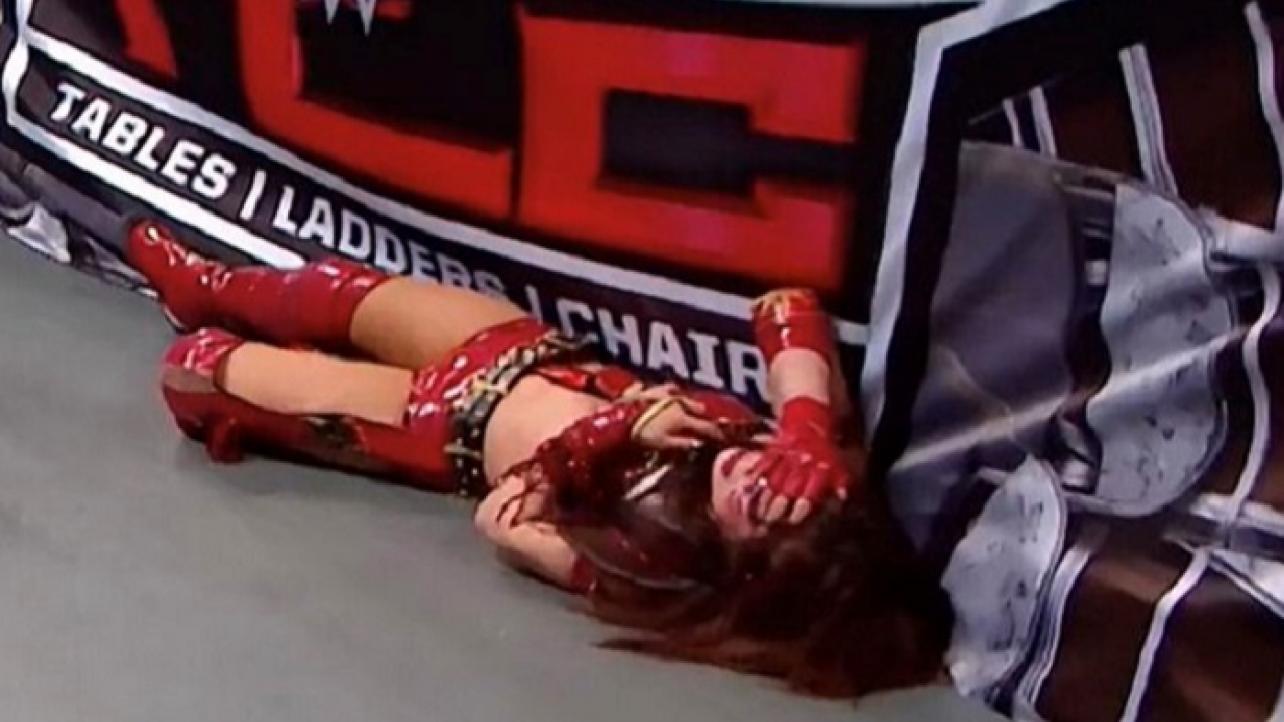 Kairi Sane has been pulled from a significant upcoming WWE show after suffering what is believed to be a concussion during her Women’s Tag-Team Championship Tables, Ladders & Chairs (TLC) match at this past Sunday night’s WWE TLC 2019 pay-per-view in Minneapolis, MN.

As many people likely noticed, Kairi Sane came out of the TLC PPV banged up, reportedly have been concussed which isn’t a surprise if you saw the match.

While WWE did not make any official statement on the matter, the company did not clear her for any in-ring action last night on the post-TLC episode of WWE Raw, which is why she wasn’t at ringside for Asuka’s match, however, she was backstage at the event.

PWInsider.com reports that while Sane was fine backstage, WWE kept her off the show for precautionary reasons as she recovers from the concussion.

Her expected return date is next week at the December 26 live event at MSG in New York, however, on the latest Wrestling Observer Radio at F4WOnline.com, it was rightfully cautioned that concussions are tricky and the recovery differs and is approached on a case-by-case basis especially in Sane’s case where she took repeated bumps after looking knocked out.

However, the fact that she was backstage at Raw last night bodes well for her chances to recover relatively soon.

WWE has informed Madison Square Garden — the site for next week’s post-Christmas house show — that there has been a change in one of the matches on the card.

What was originally supposed to be a WWE Women’s Tag-Team Championship match featuring The Kabuki Warriors (Kairi Sane & Asuka) vs. Charlotte Flair & Becky Lynch has now been changed to a Triple-Threat Steel Cage Match pitting Lynch vs. Flair vs. Asuka.

As noted, Sane is suspected of suffering a concussion during the TLC match on Sunday and WWE, while not making any official statement, responded by removing her from Raw last night.

Sane has privately and publicly insisted that she is fine, but WWE physicians aren’t clearing her until the holiday tour is over (at least) though don’t expect a statement from the company.

We will keep you posted here at eWrestling.com as additional details surface regarding the condition of Kairi Sane!