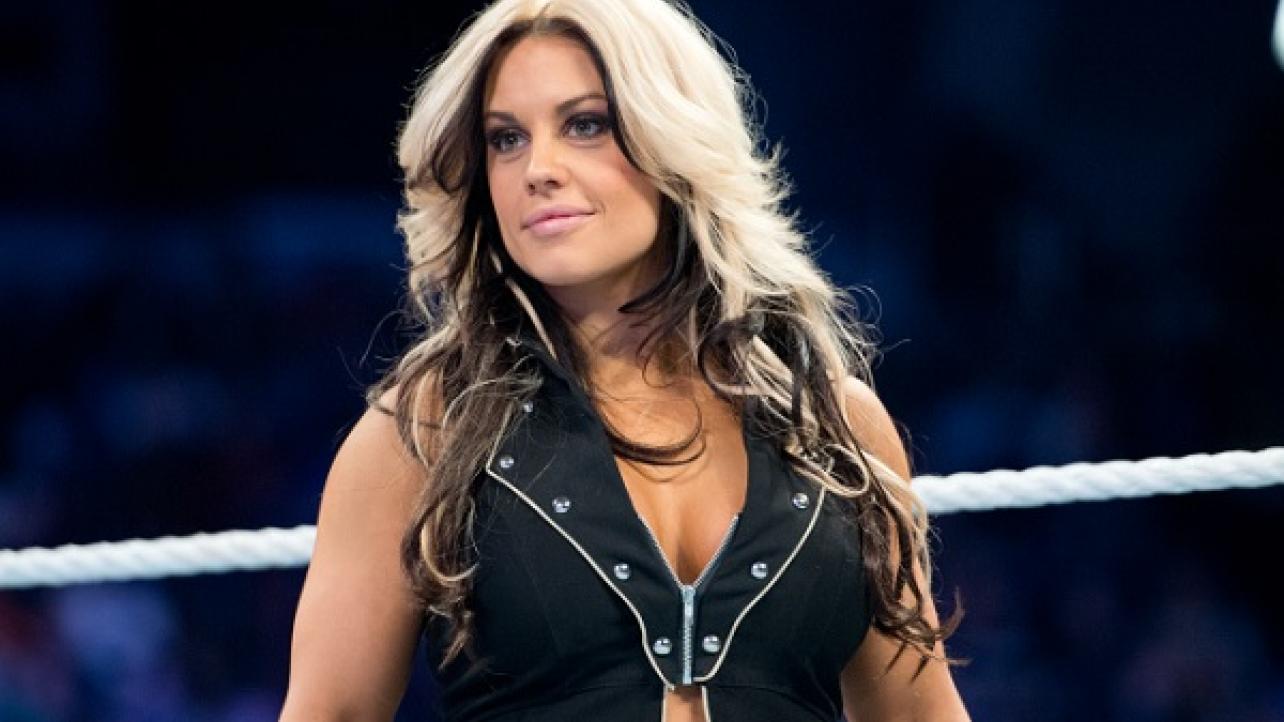 WWE Mae Young Classic participant Kaitlyn recently spoke with the folks from ESPN about how the women’s roster in WWE has changed since her last run with the company, what the future holds for her after this year’s MYC tournament wraps up and more. Featured below are some of the highlights.

On her early days in WWE and how they have changed since returning for the Mae Young Classic: “I do have an interesting story. I debuted on NXT season 3. NXT was still a reality-based elimination show, and I debuted on live TV. I basically wrestled my first matches ever on TV. I was pulled up as a last-minute replacement on that season, and I had about three days to prep for my debut. I didn’t even own wrestling boots. They gave me some money. I had just gotten signed by WWE, and they said, ‘Go buy diva stuff,’ and I, of course, didn’t know what that meant, and they didn’t let me wear any of the stuff that I bought! [Laughs]

“So I debuted, and I kind of had this attitude of ‘This is what I signed up for and I have this amazing opportunity — what have I got to lose?’ I was put in so many situations that were so terrifying that I felt that they were very defining. I won that season of NXT, and I earned a spot on the main roster. I fought really hard for a few years to earn the respect of my peers and [show] everyone in the WWE Universe that I was capable and that I belonged on the main roster.

“When I left, I didn’t have anything to do with wrestling for four years. Within the past year, I found that passion again, and I’ve gotten back in the ring, and it’s definitely something that I was missing — a void in my life for the past few years. It’s incredible to come back and see where the women’s division is now. When I left in January of 2014, I had a great run, and the women’s evolution was kind of kicking off, but there’s been so much amazing stuff, so many amazing moments that have happened and have been very defining for the women’s division.

“I think even not calling us Divas anymore is huge. It’s so nice to come back and see all these different types of women, different shapes, sizes, different cultures, with different arsenals of moves, and being celebrated. I’m so, so proud and very honored to be a part of the Mae Young Classic.”

Check out the complete Kaitlyn interview at ESPN.com.