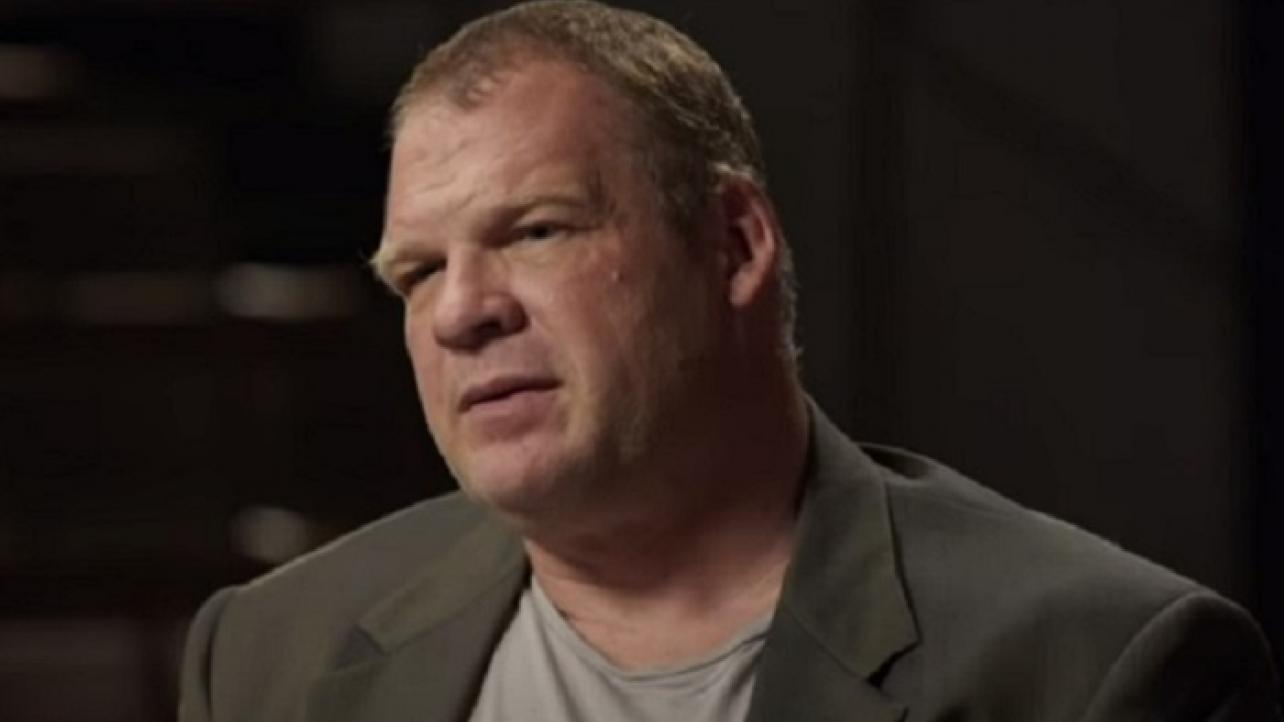 The Mayor of Knox County in Tennessee, WWE legend Glenn “Kane” Jacobs recently spoke with Ryan Satin of Fox Sports to talk about the ongoing “30 Days of The Deadman” tribute to The Undertaker, which culminates with the advertised “Final Farewell” appearance at this month’s WWE Survivor Series 2020 pay-per-view, marking the 30th anniversary of “The Phenom.”

During the discussion, “The Big Red Machine” Kane, who is featured in the new “Brothers of Destruction” documentary premiering on the WWE Network on Sunday, November 15, 2020, revealed his three favorite Undertaker matches of all-time.

Featured below are some of the highlights of the new Fox Sports interview with Kane.

On Undertaker vs. Shawn Michaels from WrestleMania 25: “That’s one of the greatest wrestling matches in history. If someone had asked me, ‘hey, what do you do for a living?,’ I would have loved to say, ‘watch this match. This is what professional wrestling is all about.”

On Undertaker vs. Kane “Inferno Match” from WWE Unforgiven 1998: “Mostly because of how unique the match was. The WrestleMania match [we had] a month before was pretty important since it was the first time Taker and Kane locked horns inside the ring. However, the Inferno Match took our rivalry to another level. It gave fans a spectacular visual experience with a ring surrounded by flames leaping up.”

On Undertaker vs. Shawn Michaels “Hell In A Cell Match” from WWE Badd Blood 1997: “It was not only the first-ever Hell in a Cell match but also a fantastic match and will go down in WWE history. Also, because the match ended with what I believe is the greatest debut in WWE history. Not because it was my debut but because the table was set up so well for me, for Kane, to finally arrive in WWE.”

Check out the complete Glenn “Kane” Jacobs interview at FoxSports.com.