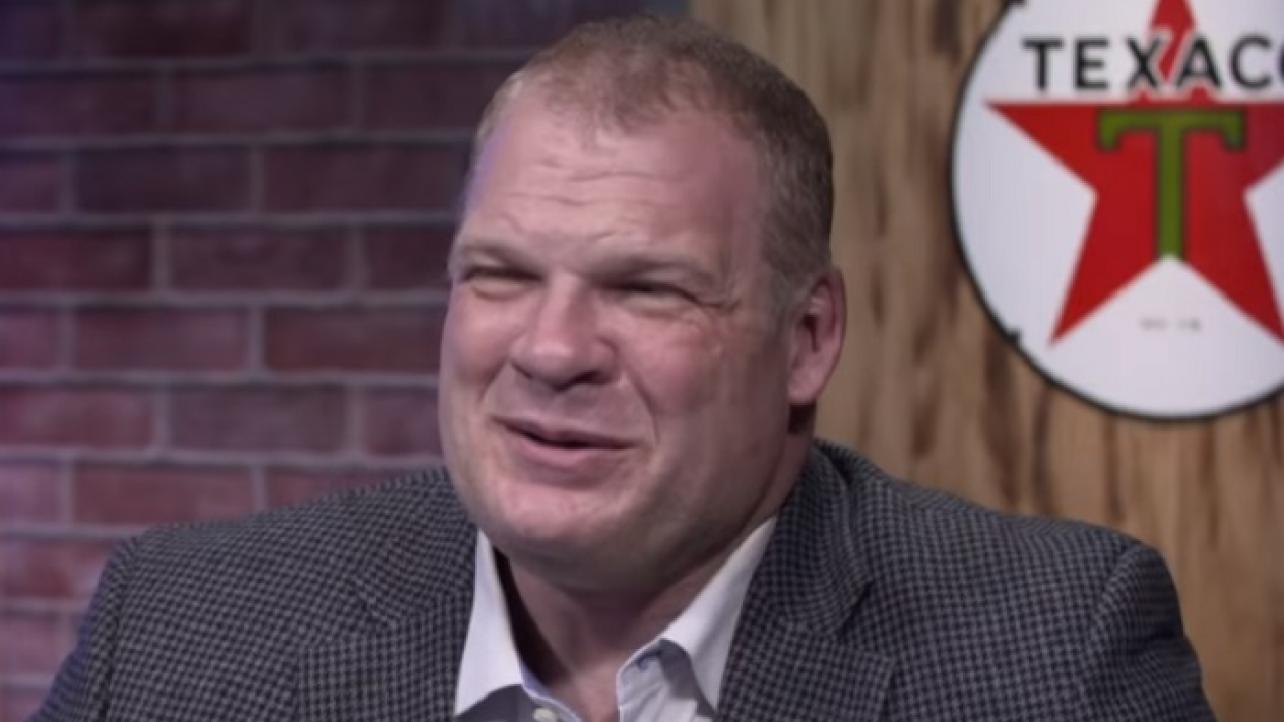 Kane recently appeared as a guest on the Stories with Brisco and Bradshaw podcast for an in-depth interview covering all things pro wrestling.

During his appearance on the popular pro wrestling program, the WWE Hall of Fame legend reflected on working with Daniel Bryan, shared a story about Vader pitching Undertaker a difficult spot during their rivalry and more.

On working with Daniel Bryan: “Well, I really did [love doing the comedy stuff] because for so much of my career I was a very dark character and you did the same thing John [Layfield]. You started out as the cowboy and you know, then went to the Wall Street tycoon and it’s just fun to be able to show folks the different sides as a performer, and there were times that I got pretty burnt out because it just got boring. You know, it’s like look, I can do the mean, dark, sadistic character. That’s not a challenge anymore and I would always laugh when I hear about actors and stuff that would get burnt out. I was like, ‘Oh, this is actually a thing.’ Just as a performer, you wanna challenge yourself and do some different things.”

On a story about the now deceased Vader pitching the Undertaker an incredibly difficult spot during their Royal Rumble feud: “He [Vader] goes, ‘I gotta work with Undertaker at Royal Rumble’ and he goes, ‘I think I’m gonna have to put him over’ and I said, ‘You think?’ He said, ‘I’ve got an idea.’ He says, ‘Do you think if I did a moonsault and Taker caught me and could Tombstone me?’ He said, ‘Could he do that?’ I said, ‘Of course he could.’ I said, ‘Listen, just call it on the fly.’ So Leon, he can’t stand it. He’s got this big move that he can’t tell, so finally he’s sitting by Taker. We’re somewhere down there in Florida getting ready for Rumble and he’s sitting by Taker and he tells him the spot. He’s going to do a moonsault, Taker’s gonna catch him and spike him. It would have impaled both of ‘em. It would have killed both of them. So Taker’s sitting there just looking straight ahead as Leon’s talking to him from the side. Taker pats him on the leg, gets up and walks out of the dressing room, doesn’t say a word. Leon looks at me, he goes, ‘What does that mean?’ I go, ‘He loved it.’ Taker pulled me aside later and he goes, ‘Have you been riding with Leon?’ I said, ‘Maybe.’”

Check out the complete interview at ListenNotes.com. H/T to POST Wrestling for transcribing the above quotes.