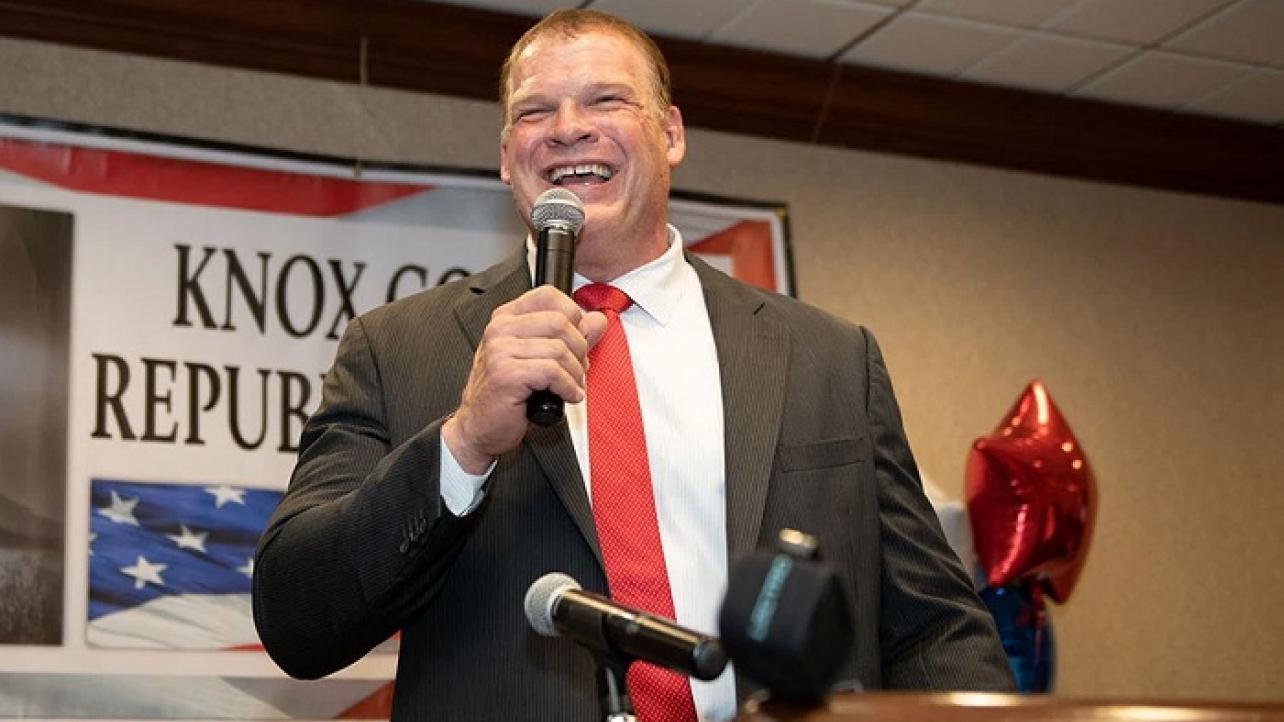 Kane Seeking Reelection For Mayor In 2022

“:The Big Red Machine” is going for a double-shot run as Mayor of Knoxville, Tennessee.

Glenn Jacobs, better known to WWE fans as Kane, announced this week that he will be seeking reelection for Mayor in 2022.

Featured below is the official press release that was sent out this week to confirm the news.

GLENN JACOBS WILL SEEK REELECTION FOR MAYOR IN 2022

KNOXVILLE, Tenn. – Knox County Mayor Glenn Jacobs will file the necessary paperwork to officially claim his spot in the 2022 mayoral race seeking re-election for the county executive seat he has held since September 2018. Alexander Waters will serve as Campaign Treasurer with Jake Ogle assisting.

As Mayor, Jacobs has demonstrated strong, conservative leadership and focused on telling the rest of the world what Knox County citizens already know: Knox County is the best place to live, work, and raise a family. He has committed to creating opportunities for everyone to thrive in an engaged and vibrant community by prioritizing jobs, education and recreation.

Jacobs promises to fervently continue this work in the second term.

Of the candidacy, Jacobs said, “Four years ago, I pledged to stay true to my conservative values as Mayor. Nobody could have envisioned a pandemic and the economic shutdown that followed, but I’m proud Knox County has been able to weather the storm without a tax increase. By tightening our belt and making smart cuts, we balanced our budget while continuing to make forward-thinking investments in our community. If reelected, the public can expect four more years of leadership with conservative values top of mind.”

Prior to his election, Jacobs owned Jacob Insurance Associates and spent more than 20 years as a professional wrestler, most notably as WWE Superstar and three-time world champion Kane.

Jacobs and his wife of more than 25 years, Crystal, have lived in East Tennessee with their two daughters Arista and Devan who both work in the healthcare field, since 1995.

Of their move to Knox County in 2013, Jacobs said, “I was fortunate to travel the world in my previous job, but I visited this area, fell in love with it and never left. I’m honored to serve such an incredible community.”

For more information or to support the Glenn Jacobs for Mayor reelection campaign, visit JacobsForMayor.com.

The Republican primary is set to take place on May 3, 2022, with the General Election following on August 4, 2022. Anyone wishing to vote in the primary must be registered to vote by April 4, 2022.

It has been the honor of my lifetime to serve as Knox County Mayor. Today, I am announcing that I will seek reelection. I would appreciate your support and your vote. https://t.co/4gdwAbL5Ct

Kane Seeking Reelection For Mayor In 2022