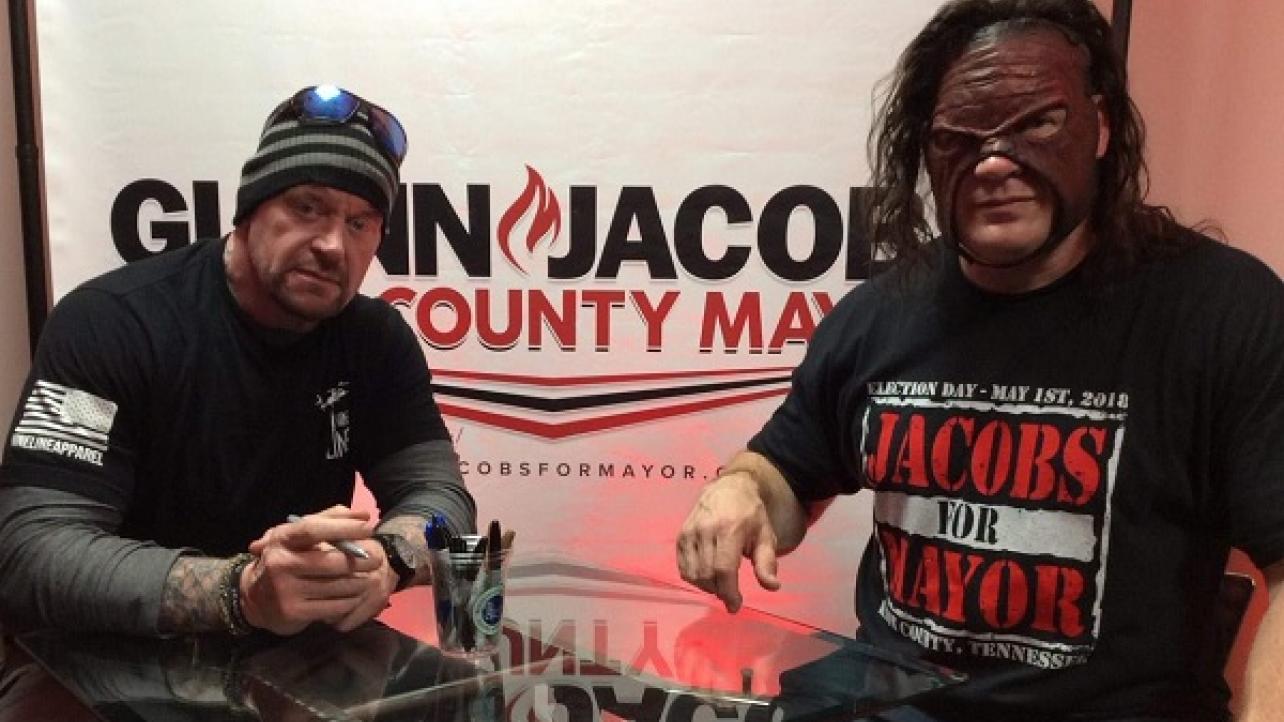 Glenn “Kane” Jacobs recently appeared as a guest on Chris Jericho’s Talk Is Jericho podcast. During the interview, the WWE veteran spoke at length about some of his past lesser-known characters.

“Jim Ross, who is another guy I need to give a shout out too. He was doing Smokey Mountain Wrestling and he was the one that gave me a tryout too with WWE. I got a contract shortly after that. Vince McMahon wanted to meet me in his office. JJ Dillon was still Head of Creative back then. I get into his office and Vince McMahon walks in and asks me if I have ever been afraid to go to the dentist. I said, no, I wasn’t. I thought Vince was just trying to get into my head. He said that he always had this idea for a character,” Jacobs said. “A wrestling dentist; Isaac Yankem. He said that he thinks that I would be perfect for it. Here I am sitting across from the most powerful man in my industry, and I am trying to keep a poker-face; meanwhile, I am going, dude, you flew me in all the way from Knoxville, Tennessee just to tell me that you are going to make me a wrestling dentist? I flew back home, but really in the end the thing was on me. That wasn’t a character that I could invest in, and I didn’t. It was my fault. My teeth were painted. It tasted terrible. Vince McMahon thought it was ironic that his Dentist had bad teeth. My entrance music was dental drill.”

From the evil dentist, Jacobs was then called on to do his best impression of Kevin Nash for a Diesel rip-off.

“I think we were in South Africa, and I remember Gerald Brisco telling me that Vince McMahon wanted to talk to me when we got home. I think they were already throwing some seeds regarding the character. I was told that I was going to be the imitation of Diesel. Jim Ross, who is beloved by everybody, was going to be the heel manager,” Jacobs said. “The concept behind it was that Jim Ross was ticked off and he was going to destroy WWE by proving he can bring guys back. So, he brought me and Fake Razor Ramon [Rick Titan]. Meanwhile, I am thinking that this is a step up from my previous character. It just did not work. The concept was good. People just can’t dislike JR so that didn’t work, and he was the linchpin throughout the whole thing so it just fell apart.”

Check out the complete Kane interview from the Talk Is Jericho podcast at YouTube.com.